Things to do in Mojácar
What to see and visit in Mojácar
Destination
All hotels
Check-in
28
July, 2021
Wednesday
Check-out
29
July, 2021
Thursday
Rooms & people
1 room for 2 adults
Promotional code

What to see and visit in Mojácar

Mojácar has countless corners of a paradisiacal destination, so we have prepared a list of what you cannot miss. If you want to do some rural tourism, there are charming towns throughout the Almería province, some of them with impressive medieval castles. Also, you can take advantage of your getaway to visit nearby natural places such as the Sorbas Caves.

View point of the new plaza

View point situated in the "Plaza Nueva", from there you can see a panoramic view of the Cabrera, Bédar and Almagrera mountains. A perfect place where you can relax and take in the sea views, the Valley of the Pyramids, the neighbouring villages or the old town of Mojácar, through which runs the River Aguas to the coast.

In the same square in which the view point is situated, we can find the chapel of Our Lady of Sorrows, built on a Moorish Mosque and now turned into a souvenir shop.

The view point was built in the 16th Century however following the reform of 1960 there is no trace of the elements of that era. 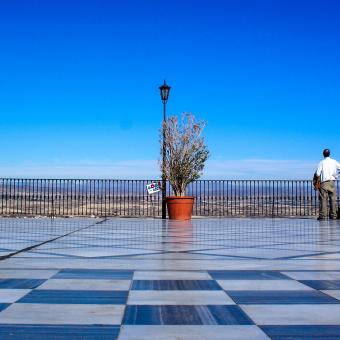 THE BLUE OF THE SEA REACHES THE TOP OF THE VILLAGE

At the highest point of Mojácar we can find this view point which formerly housed the castle and where, due to an earthquake in 1518, only the tank and the structure of the military area remain. This area was a strategic point during that period as thanks to its height, it helped to alert of possible attacks which were constant during the 14th and 15th century.

From here you can enjoy the pleasant views that cover most of the municipality and its coastal areas. 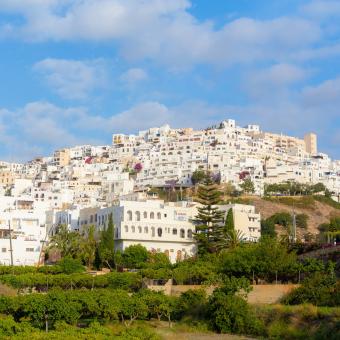 A REVIEW OF THE HISTORY OF THE TOWN

It was built in the 16th century on the site of a former mosque and ready to be used as a shelter in times of external attacks, which were very common at that time, therefore serving as two functions: a place of Christian worship and a place of refuge.

From outside you can admire its robust appearance with huge stone pillars whilst inside, between the original Muslim structure you can see the images of the Christian Saints of Mojácar: the Virgin Rosario and Saint Agustín.

In front of its doors, in the square, there is a statue of a Mojácar lady in regional costume. 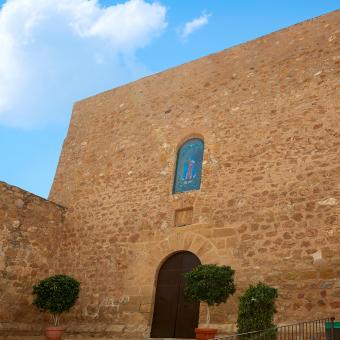 his point of great cultural interest was built over the original Arab gate of the 16th century. It was part of the wall that protected the town and a bridge to the outside, as it served as a border. It was the place through which all trade carts and those wishing to visit the village had to pass through, serving as a control against bandits and villains. Its surroundings were formerly the venue for the market. It currently represents the entrance to the Plaza de las Flores.

At the top you can see the shield of Mojácar. 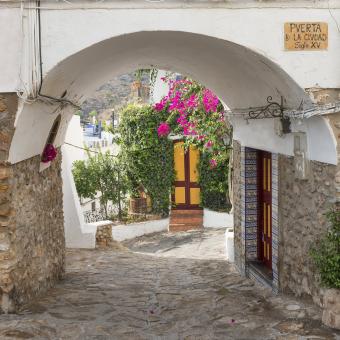 This was formerly the place where taxes and fees were paid by those who crossed the city gates. The building is situated right in front of the gates and is currently private property functioning as a guest house. 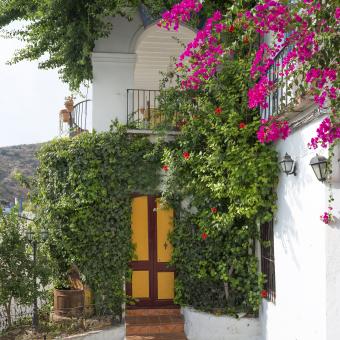 ALL THE CHARM OF THE OLD MEDINA

District constructed in the 17th century, situated on the outskirts of the ancient walls of Mojácar, back from the sea and facing the mountains. Supposedly, it was the Jewish quarter as out of all of the churches scattered around the town none are located in this area. 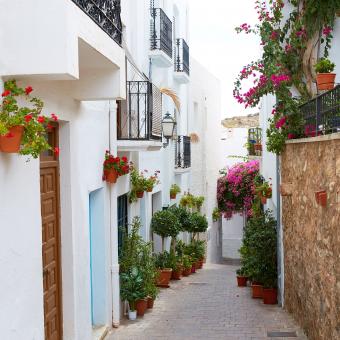 A SPRING WITH HISTORY

Fountain, whose water derives from the Sierra Cabrera. It was used to supply drinking water for village residents and livestock.

Renovated in the 19th century and later reconstructed in the 80’s. History states that in 1488 at this very fountain, a meeting between the Christian Embassy and the Arab Lord Mayor was held in which a no-expulsion was agreed. The agreement can be seen reflected on a plaque situated at the fountain and it is remembered each year with the festival of the Moors and Christians. 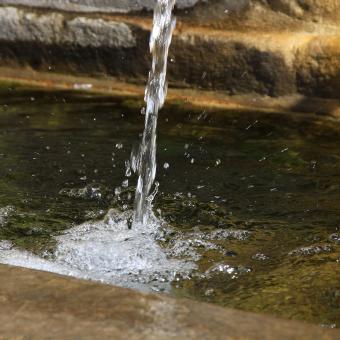 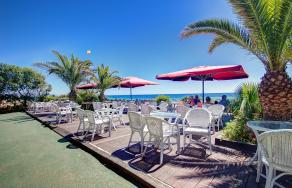 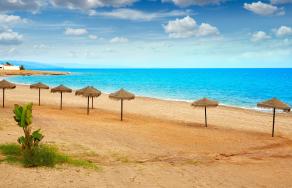 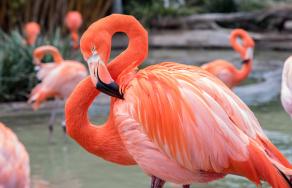 Sports and activities in Mojácar

What to eat in Mojácar

How to arrive to Mojácar 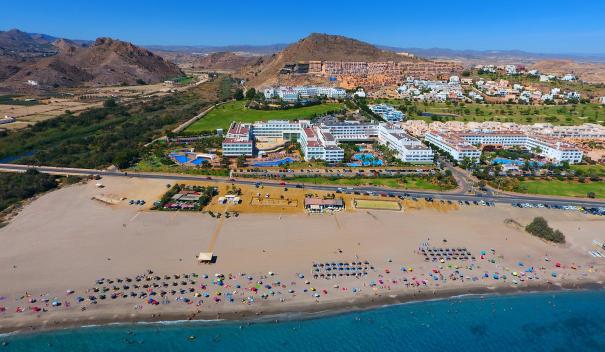 Discover hotel
From
68.9 EUR
Room / Night
Book
Contact
Contact us
Do you have questions? Fill in the contact form
Booking Central
+34 965 855 900
All our customer service numbers