La Manga is a locality located in the Region of Murcia, it is considered the largest swimming pool in the world due to the peculiarity of its geography. This is due to the fact that the Mar Menor is surrounded by a 24 km long tongue of land, which is called La Manga, which separates it from the Mediterranean or Mar Mayor. Thanks to this aspect of a giant pool without much depth, its waters are calm, warm and rich in mineral salts. Don't miss this guide. If you are looking for hotels in La Manga del Mar Menor.

It is one of the most important destinations in eastern Spain, thousands of tourists come every year attracted by the sun and the large number of fine white sandy beaches on both sides of La Manga. One of the best reasons why so many tourists seek accommodation in La Manga is because of the wonderful Mediterranean climate, which means warm, dry summers and mild winters.

There are numerous places of tourist interest such as the Marine Reserve of Cabo de Palos and Islas Hormigas, where the 150 year old lighthouse is located and from where you can enjoy spectacular views of La Manga. Another place is the Despoblado de las Amoladeras, a settlement with remains dating back to 2850 BC.

In addition, there are several natural areas where you can take a break during your stay in one of the hotels on the Costa Cálida. The Calblanque Regional Park is a place of great ecological value, ideal for hiking the marked trails and scuba diving, always respecting this habitat where a large number of species live, many of them in danger of extinction.

The leisure centres near La Manga are great places to have fun with the family. Right in the centre of La Manga is Peke Park, this park has many facilities for the little ones to have a great time: mini-golf, go-karts, mats, etc.

Numerous water sports can be practised thanks to the fact that La Manga has two seas at its disposal, the Mar Menor and Mar Mayor. The most common water activities are scuba diving, a sport that attracts a large number of tourists due to the richness of the fauna and flora of the seabed, snorkelling is also a very popular activity thanks to the underwater meadows of Posidonia Oceanica in the Mar Menor. Other common activities are kayaking, paddle surfing and sailing.

Festivities celebrated in La Manga include Easter Week between March and April, the Virgen del Carmen and the local fiestas in September, among others.

Thanks to its proximity to the sea, La Manga has a rich gastronomy with a solid base in seafood, as you would expect the star dish of the town is the Caldero. The most typical fish of the area are gilthead bream and mullet, but the Murcian market garden also plays an important role with vegetables typical of the area.

Transport around the town can be done by car, which makes it easy to get around the area. There is a bus line that runs up and down La Manga and there is also a bus station with daily bus services to other neighbouring areas. The nearest train station is the RENFE train station in Cartagena.

Most booked hotels in La Manga

Find four star hotels with breakfast, half board or full board in La Manga with the best offers. 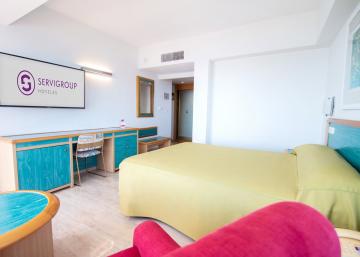 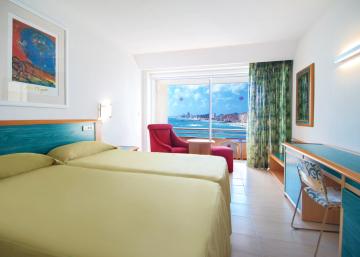 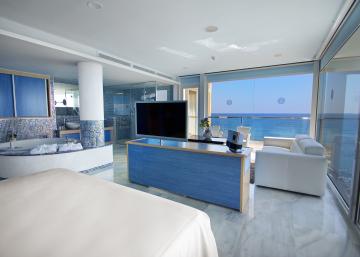 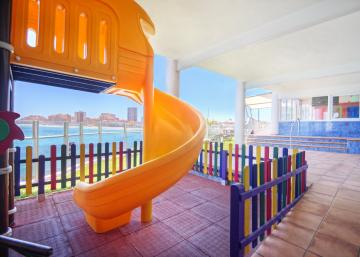 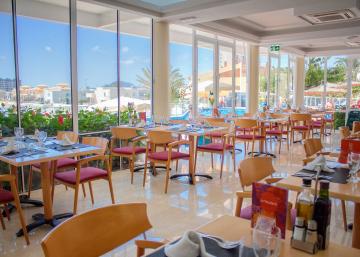 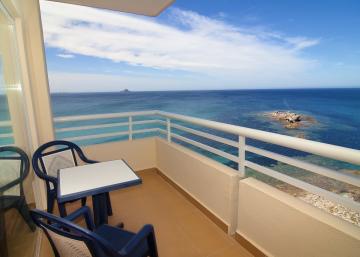 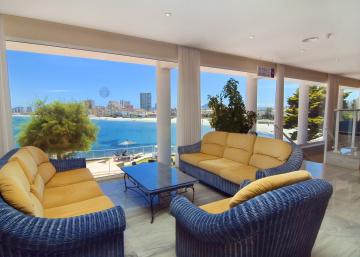 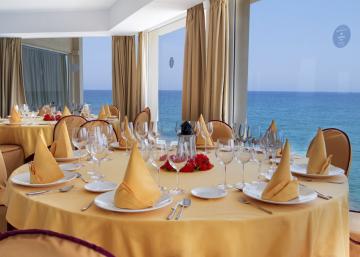 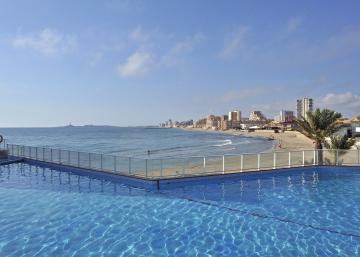 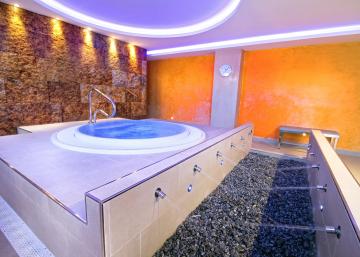 From
94.76€
Room / stay
Discover hotel
Book Alternatives
No hotels found with these characteristics

Find hotel offers near La Manga by the beach and with swimming pool, for children, adults and families.

Discover all destinations
A city of reference for its beaches and climate
From
36,85 EUR
Room
Night
Discover 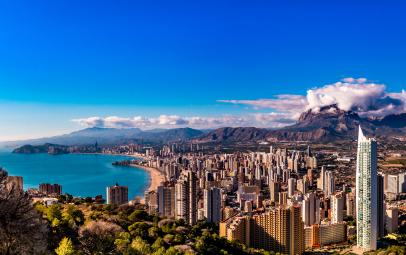 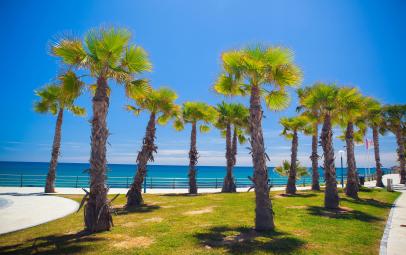 1 hotel
One of the most beautiful towns in Spain
From
37,13 EUR
Room
Night
Discover 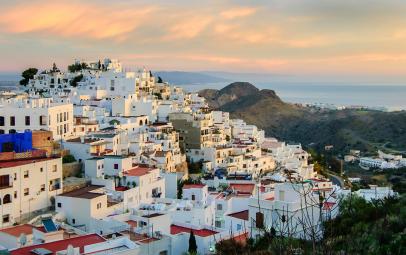