Peñíscola is a very touristic coastal town located in the north of the province of Castellón, in the Valencian Community. It is known for its dreamlike climate, paradisiacal beaches and its great history, which is why it attracts family and quality tourism. If you are looking for hotels in Peñíscola to spend your holidays, don't miss this guide.

In this town you can find all kinds of services for all tastes and budgets: leisure areas, bars, restaurants, a charming promenade, an old town full of history and a wide variety of coves and beaches bathed by the Costa de Azahar.

Among Peñíscola's many points of interest, the most popular are located within the magnificent old town. As the jewel in the crown, the Castle of Peñíscola stands in the middle of two of the town's beaches. The Papa Luna Castle was built by the Knights Templar and is named after Pope Luna, whom he took as his residence. In addition, the castle has been the setting for numerous emblematic films and series such as Game of Thrones.

Other points of interest in the town are the Church of Nuestra Señora de la Ermitana which dates back to the 17th century, the artillery park where you can enjoy a wonderful view of Peñíscola and its coastline, and the bird of prey refuge which is located in the castle gardens.

There are many natural areas close to Peñíscola for a getaway. Ideal for hiking or cycling, some examples are the Sierra de Irta Natural Park or along the coves and beaches of the coast.

As for beaches, the North Beach of Peñíscola is the best known. It is 5 km long, has fine sand and numerous awards for its quality and cleanliness. In addition, there are numerous services such as facilities for people with reduced mobility and lifeguards.

Other highly recommended beaches and coves are the coves of the Sierra de Irta Natural Park, Pebret and Russo beaches and Las Viudas beach. There are numerous beachfront accommodations in Peñíscola that are ideal for a stay in the town.

Water sports are very common due to the fact that the town is surrounded by marine reserves and natural parks. Scuba diving, thanks to the great variety of species that live in the depths of the coast of Peñíscola. Kitesurfing and sailing are also very popular sports among the tourists who come here every year.

Peñíscola's traditional festivals are held throughout the year. The most important ones are: Easter, the bonfires of San Juan, the pilgrimage of San Antón and the patron saint fiestas in honour of the Virgen de la Ermitana. During the latter, the city dresses up for the fiesta with various events and celebrations, the most famous of which is the parade of Moors and Christians.

Peñíscola's gastronomy is based on products from the sea, thanks to its proximity, as well as from the Mediterranean market garden. Some typical dishes are: caragols punxents, suquet de pescado (fish stew) or all i pebre. As for sweets and pastries, the most traditional cakes are the Flaons de Peñíscola and the sweet Pastissets de Carabassa.

Most reserved hotels in Peñíscola

Book the best hotels in Peñíscola with the best offers, find your hotel on the beachfront. 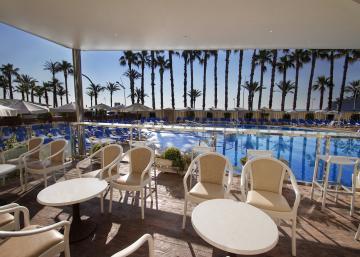 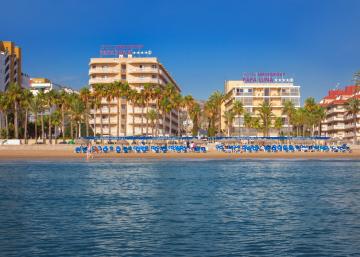 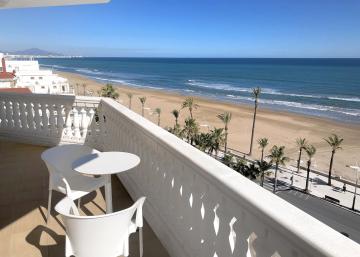 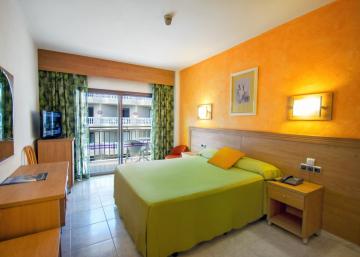 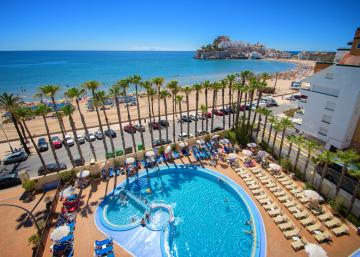 From
81.22€
Room / stay
Discover hotel
Book Alternatives
No hotels found with these characteristics

Find your hotel near Peñíscola with Servigroup

See all hotel offers near Peñíscola with full board, half board or breakfast and from 3 to 4 stars.

Discover all destinations
Immerse yourself in its natural environment of great beauty
From
27,75 EUR
Room
Night
Discover 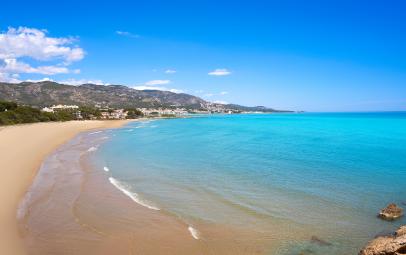 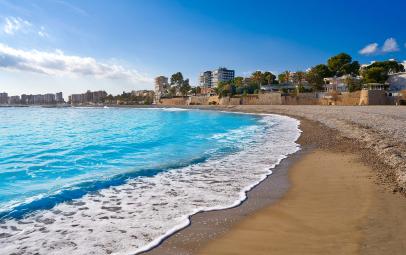 1 hotel
Let yourself be seduced by the Azahar Coast
From
38,58 EUR
Room
Night
Discover 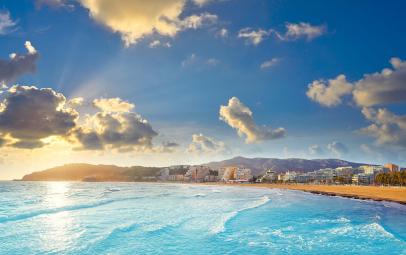