A different idea for your next vacation in Mojacar? The Tabernas Desert is one of the great attractions of the province of Almería as it is a most unique landscape in all of Europe. So much so that even Hollywood itself years ago set its sights on these arid lands full of adventures for the whole family. You choose whether to enjoy them through the cinema or in the real life.

We prefer the latter option! You will not believe that an authentic and fascinating desert extends so few kilometers from the Mediterranean. You want to know more? In our post today we tell you all the details. 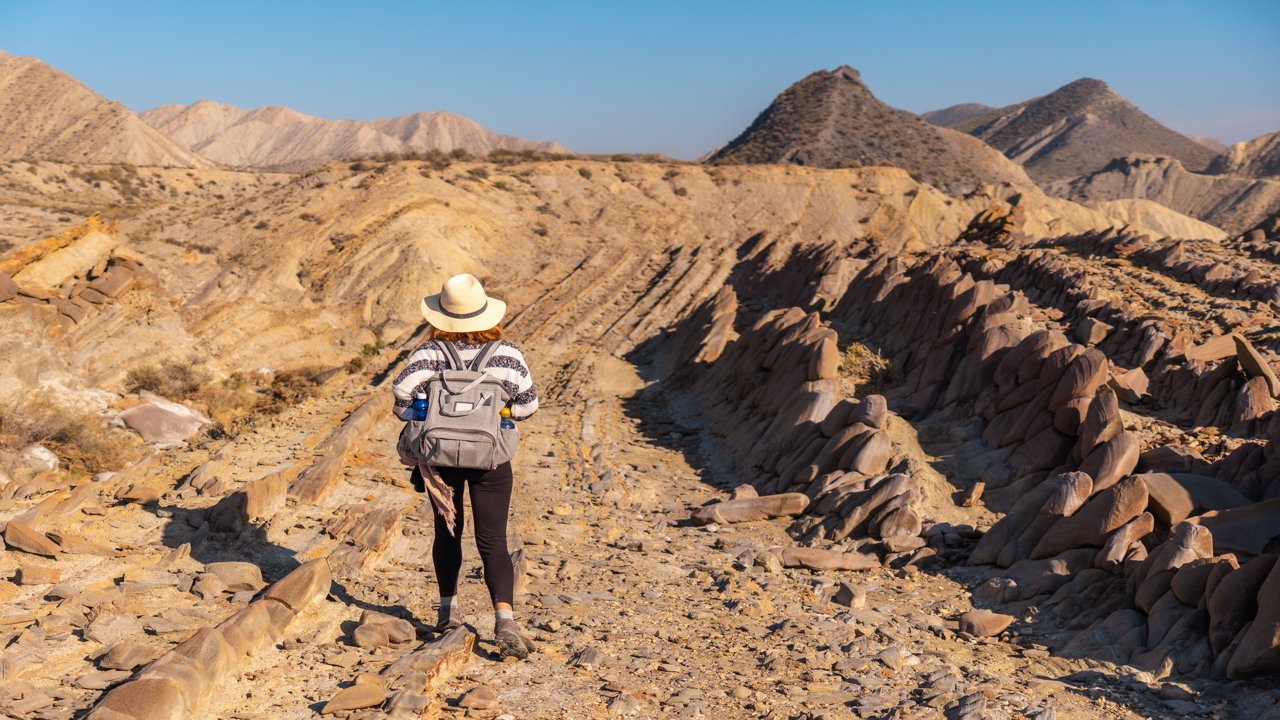 A desert in the heart of Almería

The province of Almería is a very heterogeneous landscape. The sea contrasts with the desert giving rise to virgin landscapes of great interest and ecological value, which contrast curiously with the immense area of crops that baptize this province with the nickname "La Huerta de Europa" (The orchards of Europe).

The Almería desert, located around the municipality of Tabernas, just 50 kilometres from Mojacar, and extends over more than 280 km2 of arid plain, dotted with caves, slopes, gorges and streams, making up a unique natural area.

The truth is that the Tabernas Desert can really be considered the only desert in all of Europe, registering less than 250 mm3 of rainfall per year. Despite this, there are quite a few animal and plant species that have adapted to the terrain and survive despite the extreme conditions of this magical place. What is the explanation of this desert? The Filabres and Alhamilla mountains stop the humid wind from the nearby Mediterranean, creating this unique microclimate. 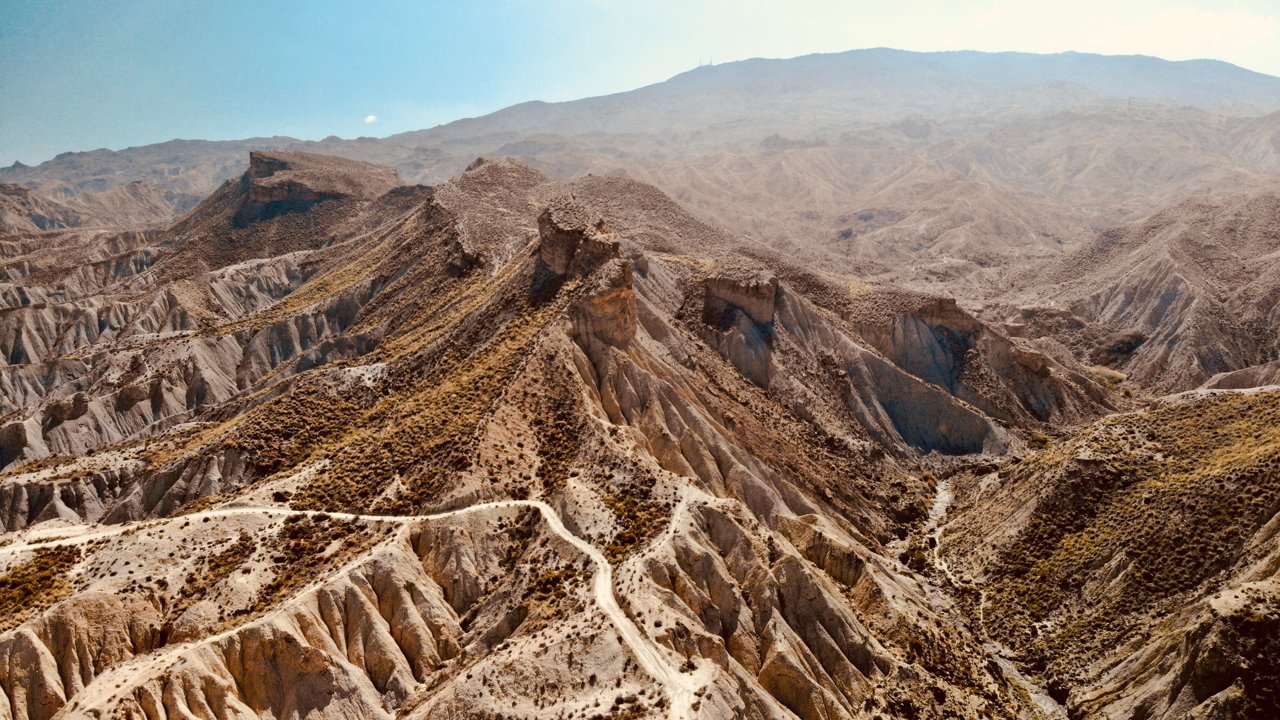 What to see and do in the Tabernas Desert

The Castle of Tabernas is one of the essential points that you cannot miss on your visit to the desert. It is located on the outskirts of the municipality of Tabernas, and the panoramic views from its highest point are absolutely spectacular.

It is a fortress of Muslim origin, built in the 11th century. It is Nasrid in style and is an unbeatable place to recall the history of the area that dates back to 1489, when the Catholic Monarchs took over the city of Almería after spending several nights in the castle.

If you decide to visit the Castillo de Tabernas in Almería, you will enjoy the spectacular landscape and you will be able to learn part of the history of Spain, marked in this case by the ancient struggle between Muslims and Christians. 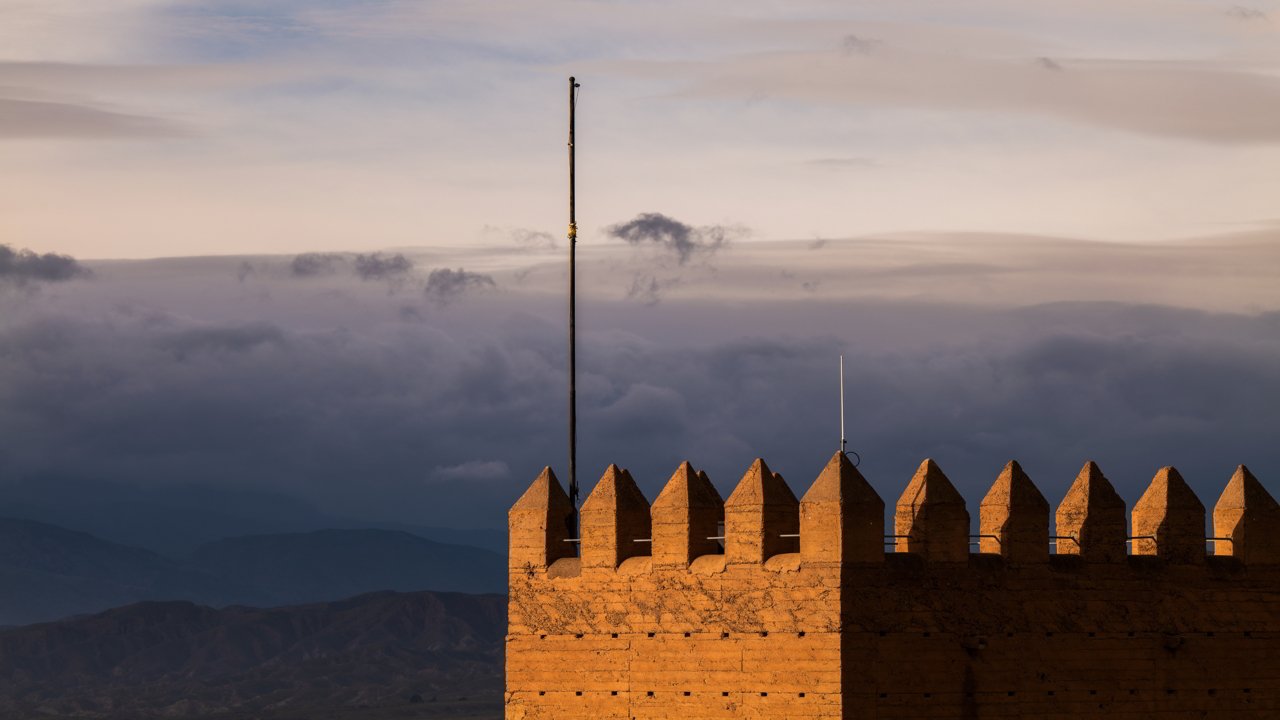 Hiking is another of the activities that you must do in the Almeria desert, which is also an ideal place to practice sports throughout the whole year. Especially during the winter, when numerous duathlon races are organized and many cycling teams or biker gatherings regularly cross this desert in tests or training.

One of the most popular hiking trails in Almeria is the one known as Sendero del Desierto. It consists of a 14-kilometre itinerary, with a 150-meter drop, although it also has a reduced version of 9 kilometres, which runs through the best places in the area. The estimated time to cover both versions of the route is 5 and 3 hours respectively, crossing a combination of boulevards and trails that will give you the opportunity to enjoy the most popular corners of this spectacular Andalusian natural setting.

Another magnificent option if you like hiking is the Wild West Route. It consists of a route of 22 kilometres that, although it can be physically demanding, will be especially fun for you because it allows you to go through the desert film sets where great productions such as Lawrence of Arabia or The Condor were set. 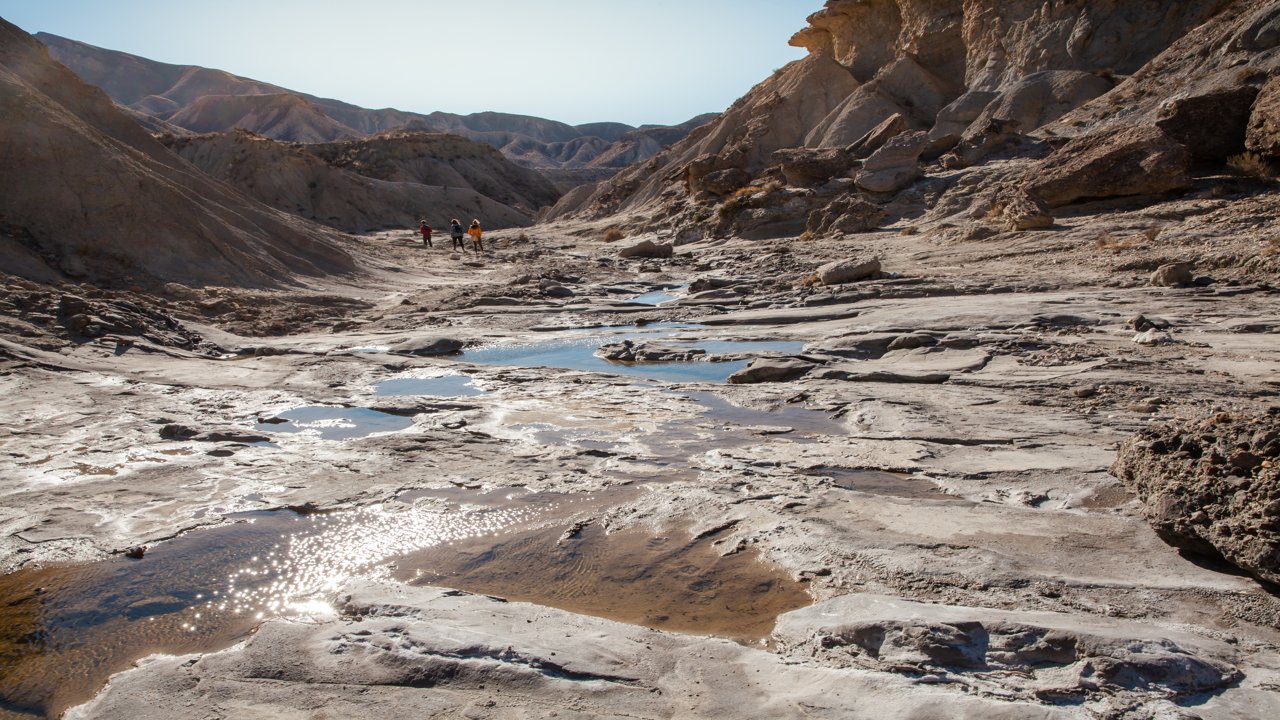 Since the middle of the 20th century, the Tabernas Desert has been a true outdoor location for numerous film productions set in the Far West, thanks to the enormous resemblance of the landscape.

Many Hollywood producers chose this spectacular desert to launch their feature films. American films, but also Italian ones, which made a faithful portrait of the pure and genuine Far West as well as authentic blockbusters such as Indiana Jones (which showed the viewer the most remote scenarios of imaginary African deserts, but without leaving the Almería desert) chose this exotic place to develop their plots.

It is said that Clint Eastwood was the actor who stepped on these Andalusian stages and sets the most, and Sergio Leone was the director who was in charge the most times. Nowadays, this cinematographic genre has gone somewhat out of fashion, which has led to the brightness of the spotlights being extinguished. At least in part! Well, there are several theme parks that revive the filming for us to enjoy on our next visit to the Tabernas Desert.

In them you can attend a can-can show and feel like a guest in any of the halls of the American West during the 19th century or witness the aggressive atmosphere of the time with the duels that take place in the town square starring specialist stunt men.  Quite the experience! 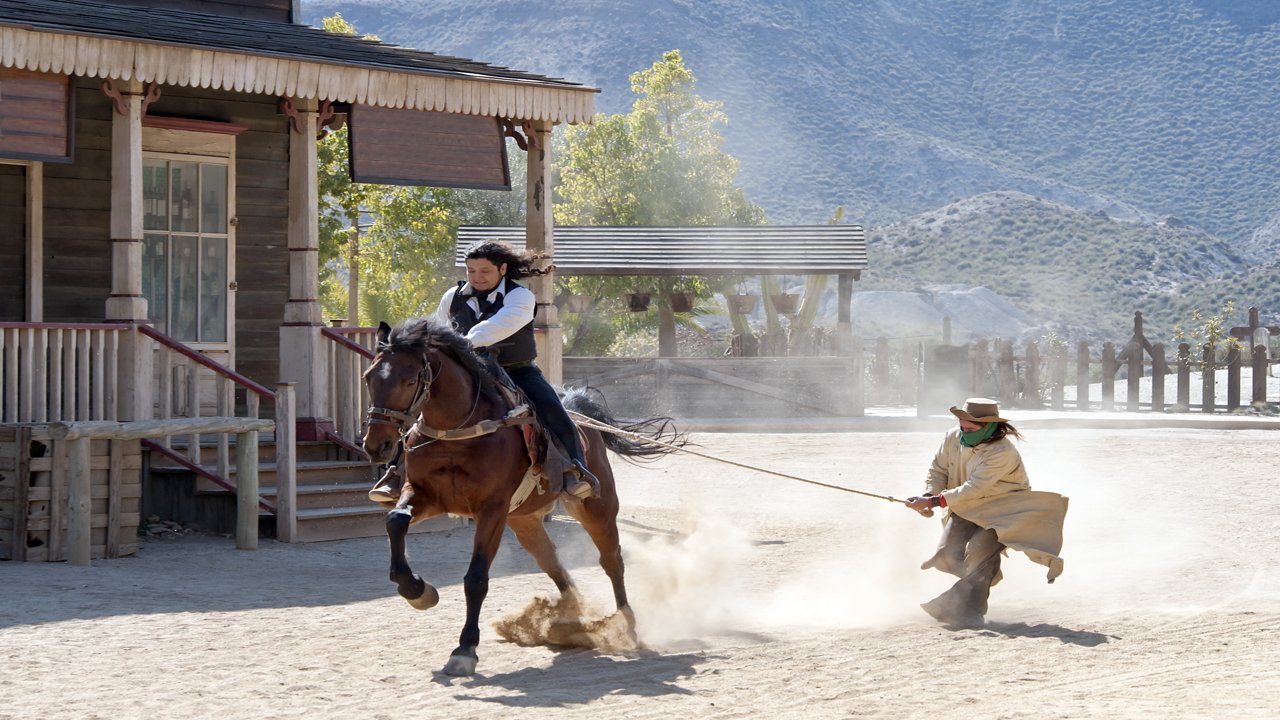 How to get to the Tabernas Desert

Without a doubt, the best way to get to the Tabernas Desert and get around it is by car. The main points of interest in the area are about 50 kilometres from the Marina Playa and Marina Mar hotels, along a comfortable and safe road.

The town of Tabernas is the gateway to this unparalleled landscape. To get there from Mojacar you have to take the A-370 for a few kilometres to Los Gallardos and then join the N-340ª heading south. You won’t get lost! 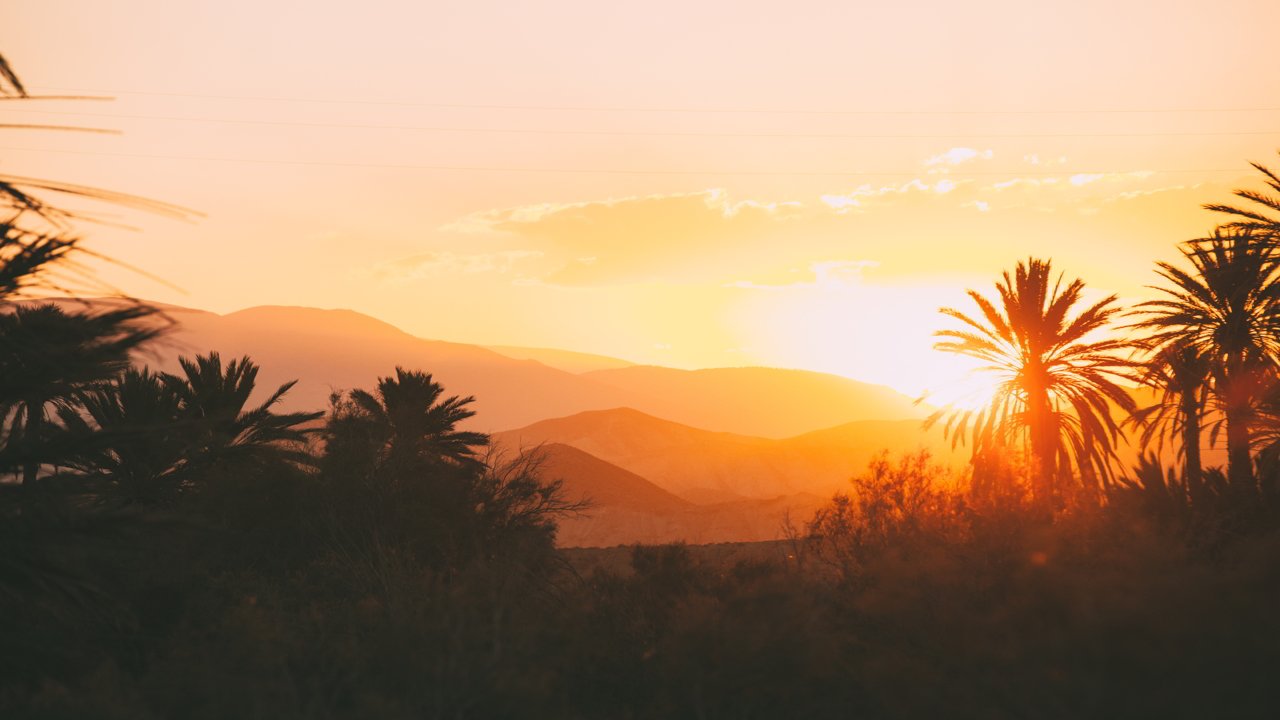 We have offered you plenty of reasons not to miss the Tabernas Desert on your next vacation to the Costa de Almería. Its multiple charms shine with their own light after having monopolized the spotlights around the world and we are sure that they will leave an unforgettable taste in your mouth.

Stay at any of our hotels in Mojácar and you can enjoy a getaway to the desert between days at the beach. Why not tell us about your experience? 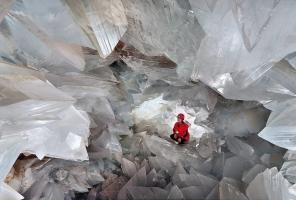 Visits and excursions
The Pulpí Geode: the most surprising sight to visit in Almería 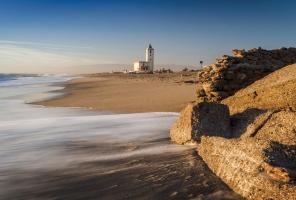 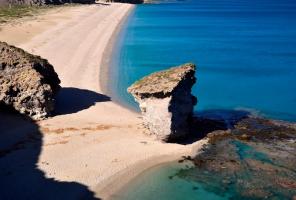