What to see and visit in Benidorm

Apart from the famous nightlife that draws tourists to Benidorm, during the day visitors can discover the most emblematic spots in the city, such as the mirador (observation point), its square filled with craftsmen and artists in high season, the church, the modern building of Benidorm City Hall, and the cross on the highest point of the Sierra Helada, from where you get the most breathtaking and panoramic views of the city.

This is located in Benidorm’s old town. From the castle viewpoint or lookout you can contemplate the most characteristic features of Benidorm’s Levante beach, with its popular half-moon shaped promenade, the city’s skyline marked by its skyscrapers and the natural park of Sierra Helada, which frames this beautiful setting.

Some stairs lead down from the castle square to the lookout, which offers spectacular views of the geyser and the beach. Other stairs will take you to the sea port and Mal Pas beach. The castle square is also a regular meeting place for artists offering their paintings, caricatures, crafts, braids, etc.

Benidorm Castle acquired its name owing to the fact that during the 14th, 15th and 16th centuries, the fortress was used to defend against pirate attacks. However, today all that is left of the original structure is a large access arch and sections of the ancient walls. 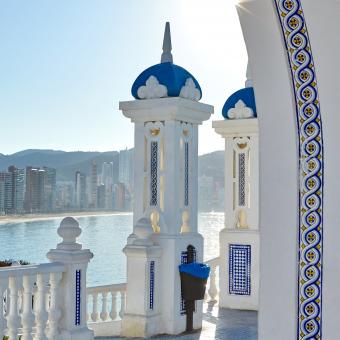 A little piece of the Benidorm of yesteryear

This church is situated in the upper part of the old town, beside Benidorm’s castle lookout in the Levante beach area.

It was built between 1740 and 1780, to honour the discovery of the Virgen del Sufragio (Virgin of Suffrage), the patron saint of the city. The church has a chapel dedicated to the Virgin, where you can visit the wooden statue which was found on a crewless boat adrift at sea.

The church is built in neo-classical style, with a Latin-cross ground plan, a central nave and small side chapels. The church plays host to the most important religious festivals in Benidorm, such as the Patron Saints Festivals, Easter Week, and the San Jaime and Santa Ana celebrations, which give their name to the church. 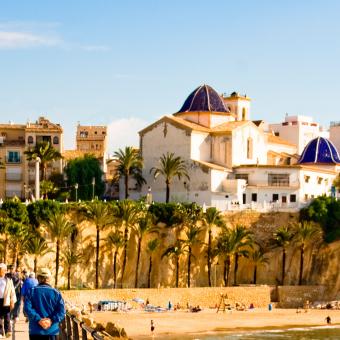 Enjoy the skyline from a bird's eye view

Today the cross is considered a tourist attraction well worth visiting given the breathtaking views it offers of Benidorm and the beaches of Poniente and Levante. It is also a good spot for observing beautiful sunrises and sunsets. As it is lit up at night, it can be seen at the top of the mountain from the city.

The Sierra Helada Nature Park offers a multitude of hiking routes, one of which takes walkers up to the cross. To get there, you have to take a road linking the Rincón de Loix to the summit of the mountain and you can also access it by car, which will take you to within 100 metres of the cross. 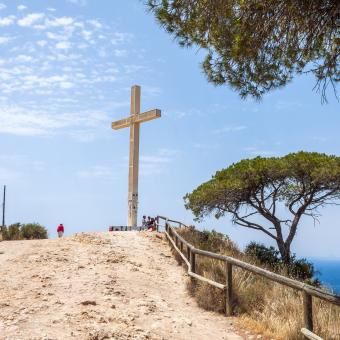 A large recreational space with green areas, a kid’s area and an auditorium dedicated to the Spanish Singer Julio Iglesias who began his singing career in Benidorm after winning the city’s famous singing festival held in the very same auditorium. It is situated just beside the new City Hall and near Benidorm’s bullring.

The auditorium is an outdoor amphitheatre which usually plays host in the summer to concerts, plays as well as a wide range of other activities throughout the year. 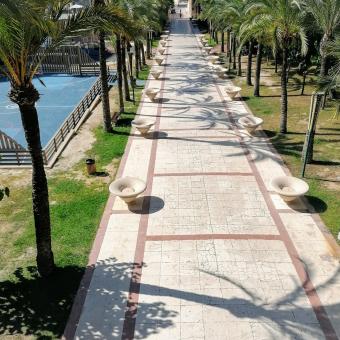 A small oasis under the palm trees

This park is accessed via Paseo de Colón, one of the busiest pedestrian areas in Benidorm. It is situated near Benidorm Yacht Club, at the beginning of Poniente beach.

The popular Elche Park walk is particularly ideal for strolling as you enjoy the views of the beach. It has recreational areas that include a children’s playground and cardiovascular exercise equipment so you can get some outdoor gym work in, while enjoying the lush vegetation, palm trees, pigeons and benches for sitting down and taking a rest.

Poniente beach begins at the park, and at the end of it is the new Poniente promenade. 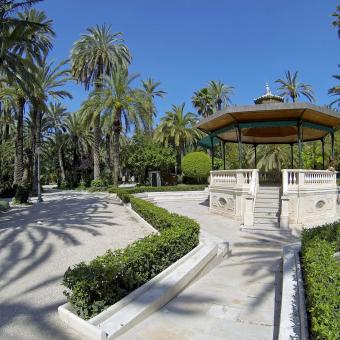 This is located at the end of l’Aigüera Park, at the former mouth of the river. The original architecture of the building, raised 10 metres above the current City Hall square and supported by two supports, gives the city that touch of modernity.

In Canalejas square in the old town, you will also find the former City Hall, which currently houses the city’s Tourism Centre and one of the numerous tourist information points for visitors.

At Christmas, the square of the new City Hall hosts a large ice skating rink around which the usual Christmas stalls are set up. A couple of years ago the city also began holding its New Year’s Eve celebrations in this square. 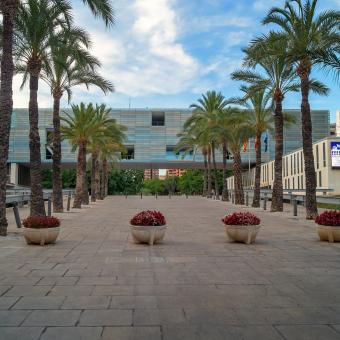 The Manhattan of the Mediterranean

Benidorm ranks as the second European city in terms of the number of skyscrapers dotting the skyline, which in itself has become one of the hallmarks of the city, with 27 buildings over 100 metres tall. 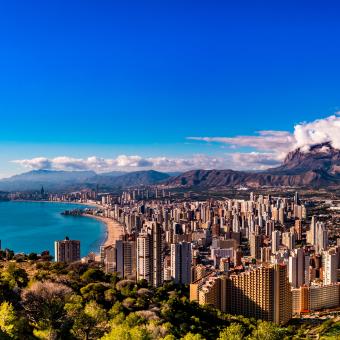 Everything looks more beautiful from the sea

Benidorm’s marina is situated between Poniente beach and Mal Pas beach, very near the geyser and two nautical miles from Benidorm Island.

It has 99 berths and an impressive fleet of boats, a yacht club and a restaurant and sailing school. From here, several boats depart daily for the island, some of which offer visitors the chance to do some underwater viewing. 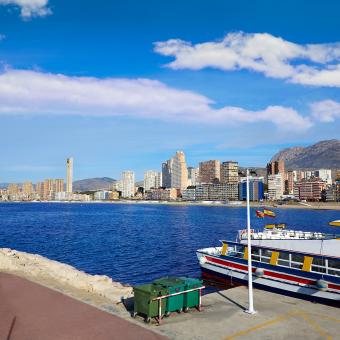 The perfect excursion just a stone's throw from Benidorm

Benidorm Island is a beautiful natural setting located 2 nautical miles from the port of Benidorm, just opposite Canfali hill which separates the beaches of Levante and Poniente.

It covers a surface area of 6.57 hectares and is 350 metres long, 260 metres wide and 73 metres above sea level. Its silhouette is similar to the shape of a triangle and it is one of the city’s main attractions. It can be reached by boat in around 15 minutes, and some of these boats offer underwater views, allowing you to contemplate the variety of marine life.

The island’s sea bed is also greatly admired by divers, since 300 metres to the south of the island is La Llosa, a place of refuge for several species and which has a rich variety of subsoil formed by diverse species of intracoastal algae reaching a depth of between 6 and 30 metres.

It has a restaurant specialising in Mediterranean cuisine, rice dishes and all kinds of paellas. 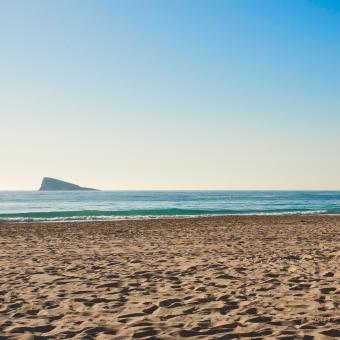 Have a whim! Or two!

Apart from its typical streets and avenues dedicated to shopping, in Benidorm you can also visit the typical markets held on Wednesdays and Sundays, as well as visiting the stalls in its famous flea market held every Thursday, Saturday and Sunday.

Foietes Market is held on Wednesdays. It is located near the Foietes municipal stadium and has two very different areas. One is given over to food products and the other dedicated to textiles, leather goods, the home and accessories. It has bars where you can have a drink and rest your weary feet while you do your shopping.

Pueblo Market is held on Wednesdays and Sundays. It is located beside Hotel Servigroup Pueblo Benidorm, near the area of Rincón de Loix and sells food, textiles, leather goods and accessories. It also has a bar area.

Benidorm Flea market, “El Cisne”, (the Swan), is held every Thursday, Saturday and Sunday. It is located just at the exit from Benidorm, beside the Sanz hermitage, and also has an antique shop and a bar.

Another ‘not to be missed’ feature are the well-known markets on the outskirts of the city: Villajoyosa market on Thursdays, Cala de Finestrat market on Fridays and Polop and La Nucía flea markets on Sundays. 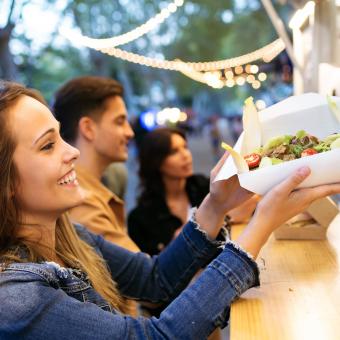 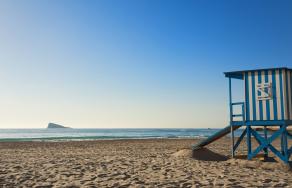 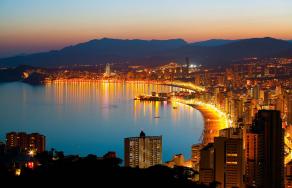 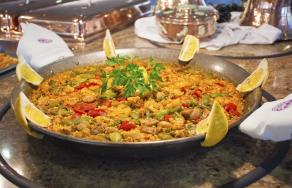 What to eat Benidorm

Sports and activities in Benidorm

How to arrive to Benidorm 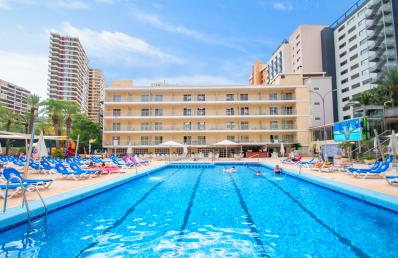 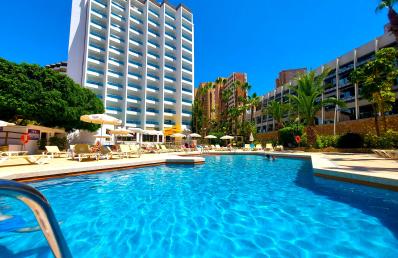 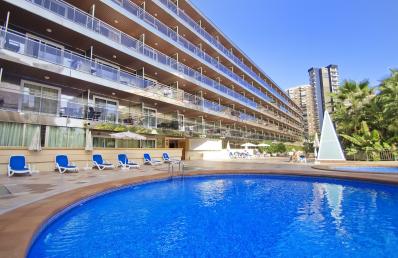 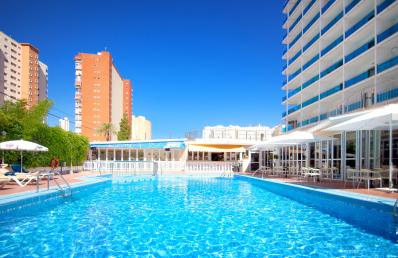 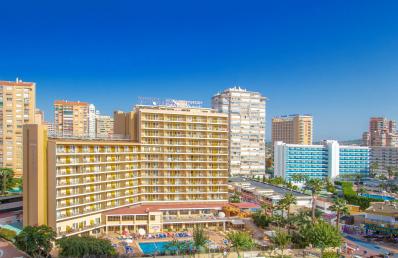 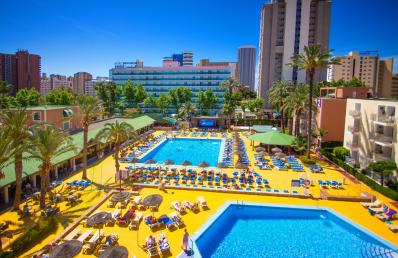 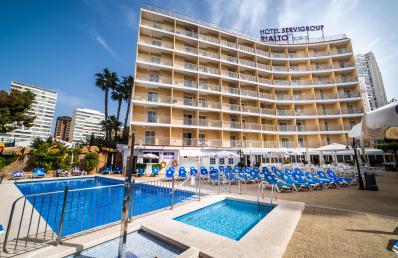 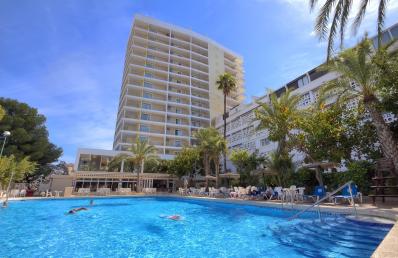 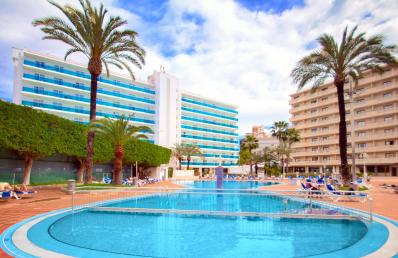