In Peñiscola you can enjoy traditional fiestas deeply rooted in the town, such as the festivities of the Virgin of the Hermitage (patron saints festivities) or San Antón, as well as cultural events and festivals of great prestige such as the "International Festival of Jazz".

This is usually held the second week of January and is one of the most emblematic fiestas of Peñiscola. The festival of San Antonio Abad, patron saint of animals is celebrated over a weekend where a parade for the blessing of the animals is organized and then mass in the Church of Santa Maria of Peñiscola.

The celebration ends with the lighting of bonfires and the tasting of typical local produce cooked on the grill.

The town of Peñiscola is full of colour and joy during the first weekend of February. The celebrations begin with a parade through the streets of the city and at nightfall you will witness dancing in fancy dress which is usually held in the Plaza de Santa Maria.

The carnival ends with a multitud of chocolate for the children. A weekend full of fun!

During the two weeks of Easter, Peñiscola hosts events and religious celebrations. From Palm Sunday to Easter Sunday you can enjoy all the different groups in the fantastic old town of Peñisola.

The Sunday after Easter is celebrated every year with the festival of San Antón.

All visitors are invited to eat and spend a day of celebration in the Chapel which is 5 km from the city centre. A pleasant walk to the natural landscape of the Sierra de Irta and holiday for everyone who wants to join in the celebrations.

On June 24th, Peñiscola celebrates the summer solstice with bonfires on the beach and fireworks. A special night, full of magic and charm.

As a fishing village, Peñiscola celebrates the festival of St. Peter (patron saint of sailors) every 29th June. Amongst the most popular events is the mass in honour of San Pedro and the journey by the sailors.

In honour of the Virgin of the Hermitage, celebrations are held between the second and third week of September. Fireworks, heifers on the beach and the famous and most popular Moors and Christians parade. The parade commemorates the stages of Muslim power in Spain and the battles that alternated between Muslims and Christians. Each side taking it in turn to conquer the city for one day. The celebrations are over when the city is reconquered by the Christians. 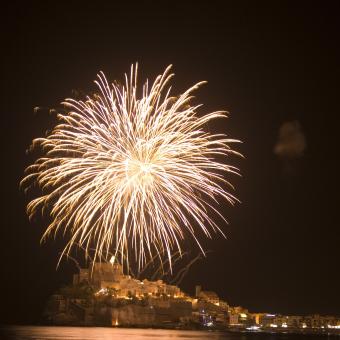 PEÑÍSCOLA GETS DRESSED UP FOR A PARTY

Music season for guitarists in which reputable international guitarists participate. This is celebrated in the Peñiscola castle.

At the end of June in the gardens of Artillery Park, the festival of music bands is organized by the Virgin Ermitana Musical Association.

During the months of July and August Peñiscola hosts the Festival of Classical Theatre in which you will see the important classic shows on stage, represented in the Plaza de Armas del Castillo (castle).

Every year in early August a pyro-musical show in front of the hotel, starts the festival of ancient and barroque music. For more than a week, the best international specialists give their concerts in the Gothic hall of the castle.

It is celebrated throughout the second half of September in the Gothic hall of the Castillo del Papa Luna. 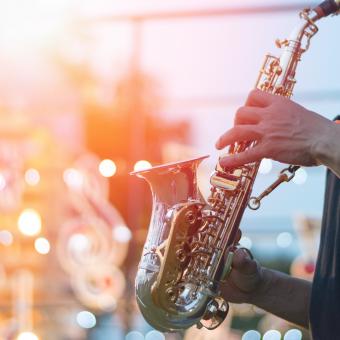 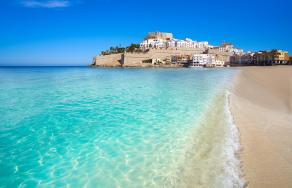 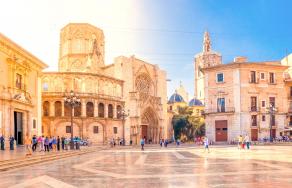 What to see and visit in Peñíscola 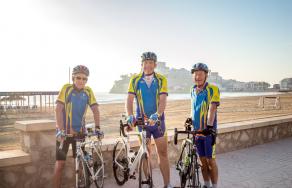 Sports and activities in Peñíscola

What to eat in Peñíscola

How to arrive to Peñíscola 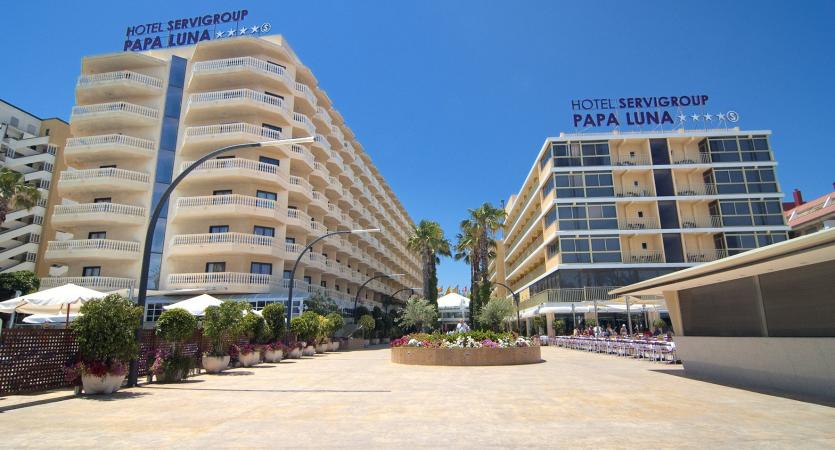