Read more Read less
THE SAINT OF THE ANIMALS

The festival of San Antonio Abad, patron saint of animals, take place in the Ermita de San Antonio on the weekend closest to 17th January.

This deeply rooted tradition starts on Saturday morning with the despertà amb dolçaina i tabalet, when residents are awoken by the sound of fireworks, music and bell-ringing. The traditional blessing of the animals followed by the chocolatada (snack including drinking chocolate) is another highlight. The festival ends on Sunday with the popular procession of Sant Antoni with its floats and donkeys and distribution of the previously blessed rollets de Sant Antoni (similar to donuts). 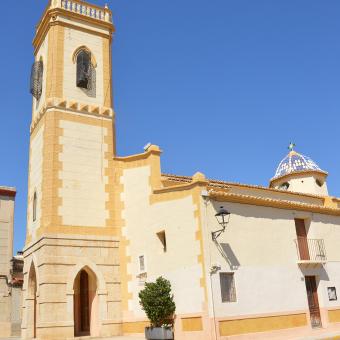 PASSION AND DEVOTION OF SPRING

The Easter festivity, one of the town's greatest events, is held in early April.

Easter begins on Palm Sunday with the most popular of all the town's celebrations, a procession in which a statue of Christ our Lord is carried through the town to the mouth of the Amadorio River. There, the palm leaves are blessed and the children who are preparing for their first communion perform biblical scenes. 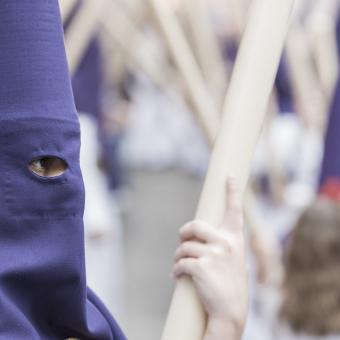 The festival of the Tears of Saint Marta is held in the same month, to commemorate the events of 8th May 1653 when statue of the Virgin cried for two hours.

The week-long festival (from 1st to 8th May) is filled with celebrations, the most important of which is the floral offering on the 8th.

The townspeople, dressed in traditional regional costume and carrying bunches of carnations, form a procession through the town to the Church of the Assumption where they pay homage to their patron saint. 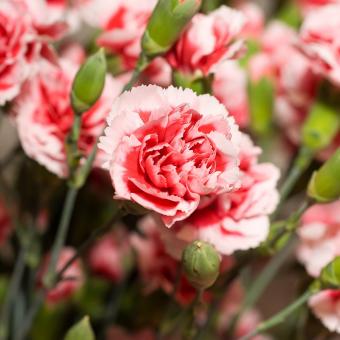 THE BEST WELCOME TO SUMMER

Every 23rd June, Villajoyosa welcomes the beginning of summer by throwing floral wreaths into the sea in remembrance of the sailors and fishermen who have lost their lives at sea.

Workshops are held for adults and children where they learn to make the wreaths and lanterns. Family and friends gather on all the local beaches at night. Paddling their feet in the sea at midnight is another deeply ingrained tradition. 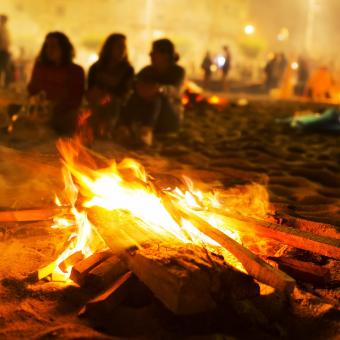 THE AROMA OF SEAFARING TRADITION

Villajoyosa celebrates the festival of the Virgen del Carmen, patron saint of sailors, every year. The programme usually consists of Mass, a procession to the port and the traditional boat ride where hundreds of boats accompany a statue of the Virgin while sounding their sirens. There is also a plethora of activities in the fishing port for young and old alike. A unique experience in the region. 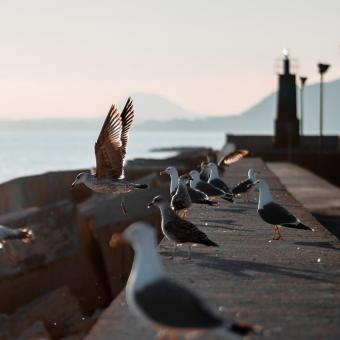 A JOURNEY THROUGH HISTORY

Towards the end of July the maritime town of Villajoyosa raises the curtain on a festival that has been held for more than 20 years in honour of its patron saint, Santa Marta, who defended the village from the Barbary pirates.

The fiesta commemorates the events of 1538 when the inhabitants of Villajoyosa repulsed a massive enemy attack.

Over a number of days the streets are filled with music and the local people, wearing costumes representing the armies of both sides, take part in a host of parades and activities.

The outstanding event is the landing of the Moorish forces in the small hours of 28th July. A fantastic show of lights, fireworks and sound accompanies a recreation of the naval assault launched by the Moorish hordes on the coastal defences. And after the attacking force finally manages to land, there is hand-to-hand fighting against the Christian defenders.

Experience a unique adventure at this event of International Tourist Interest. 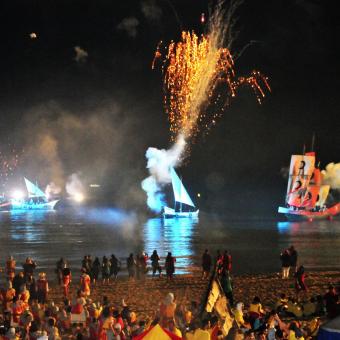 KING OF THE MELONS, WHOEVER DOES NOT HAVE A KNIFE TO SLICE THEM

Festivities are held in honour of San Bartolomé in the Pati Fosc district of Villajoyosa during the weekend closest to 24th August.

The fiestas kick off with fireworks in the morning and continue with numerous traditional activities during the following days, such as musical events involving the xirimita (woodwind instrument), which is accompanied by the tabalet (a type of drum).

These festivities end with a solemn Mass in honour of the dead. 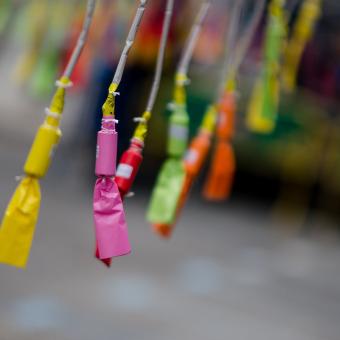 THE SOUND OF THE "DESPERTÀ"

The traditional festival in honour of San Augustín is held in the old quarter in late August.

The festivities start on the weekend closest to 27th August with a parade taking the Saint's statue to the beach where events are held in his honour over the following days.

The days are traditionally started with the famous despertà (awakening) that fills the streets with the sound of fireworks and music. The beaches are the scene of popular sports and games. Contests and other events including a Mass devoted to the saint are held until the fiestas finish with the return of the saint’s statue. 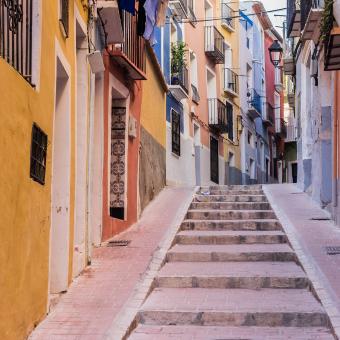 The festival of San Miguel, the oldest of the town and the region, takes place during the weekend closest to 29th September.

It kicks off with the sopar típic (traditional dinner) and the pregón (festive proclamation). There is an extensive programme of events including the serving of tapas by the Moorish and Christian kings (the tapas are made by a different company each year), the paella contest and vaquillas, amateur bullfighting with heifers that anyone can join in.

The last day includes a Mass in honour of San Miguel followed by a procession, and ends with fireworks and a chocolatada. 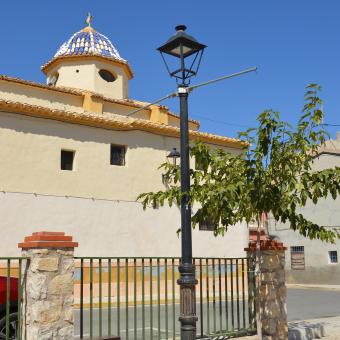 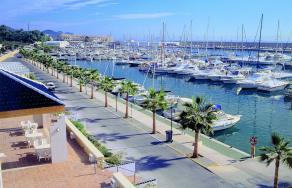 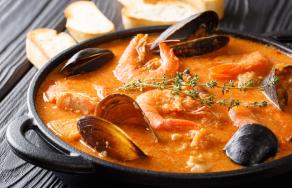