Alicante or Valencian? The secret of the authentic paella recipe

If there is a recipe for Valencian gastronomy known throughout the world, it has to be paella. In the most unsuspected corner of Thailand or in the most popular street markets of London it is possible today to eat a more or less successful version of paella, either thanks to Spaniards living abroad or lovers of Spanish cuisine who have interpreted the recipe and have made it an international culinary benchmark.

But if you want to go to the true origin of paella and discover the authentic way of cooking rice, there is nothing better than traveling to the Province of Valencia. This land, known throughout the world for its wonderful coastline, is the cradle of paella, and today its rice masters continue in their kitchens, the ancestral gastronomic tradition handed down from parents to children using ingredients from the sea and the land grown in an artisanal way, always achieving the best flavour. 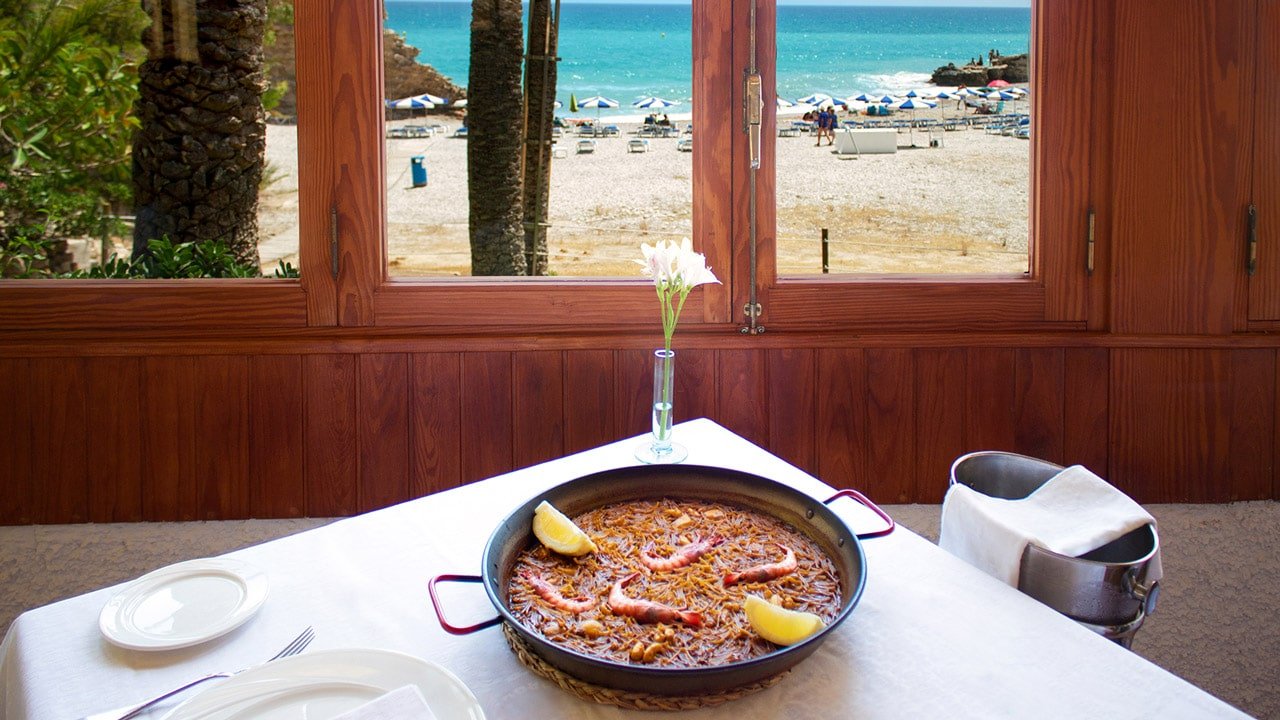 But be warned! Not only one recipe is valid when making paella. In each town or city, the customs and the products of its surroundings make up the thousand and one variations of this great dish, something not to be missed. This goes to show that when a recipe succeeds, the interpretations, experiments and tastes are infinite.

Today we show you some tricks and curiosities, the fruit of popular wisdom that our chefs put into practice every day when preparing the recipe for the best rice dishes and fideuas for our buffets and restaurants.

Alicante, the intensity of the taste of the sea

The Costa Blanca is undoubtedly one of the most special coastal stretches in all of Spain, in which the enormous variety of landscapes and countless charming towns follow each other along the coast, impregnated by the essence of the seafaring tradition. The province of Alicante has, no more and no less than 13 fish markets, in which every day fish and shellfish of the highest quality are unloaded, which are the basis of Alicante's rice dishes.

In Alicante, an expert rice cook resides in each household and there are as many recipes as there are palates. Of course, the common denominator is the custom of making a broth with a very intense flavour as a base for this rice dish, for which an infinity of fish popularly known as "whitebait" are used. Broths with a powerful flavour and deep colour that give true personality to the popular arroz a banda, arroz del senyoret or black rice. Without a good broth, there is no rice. 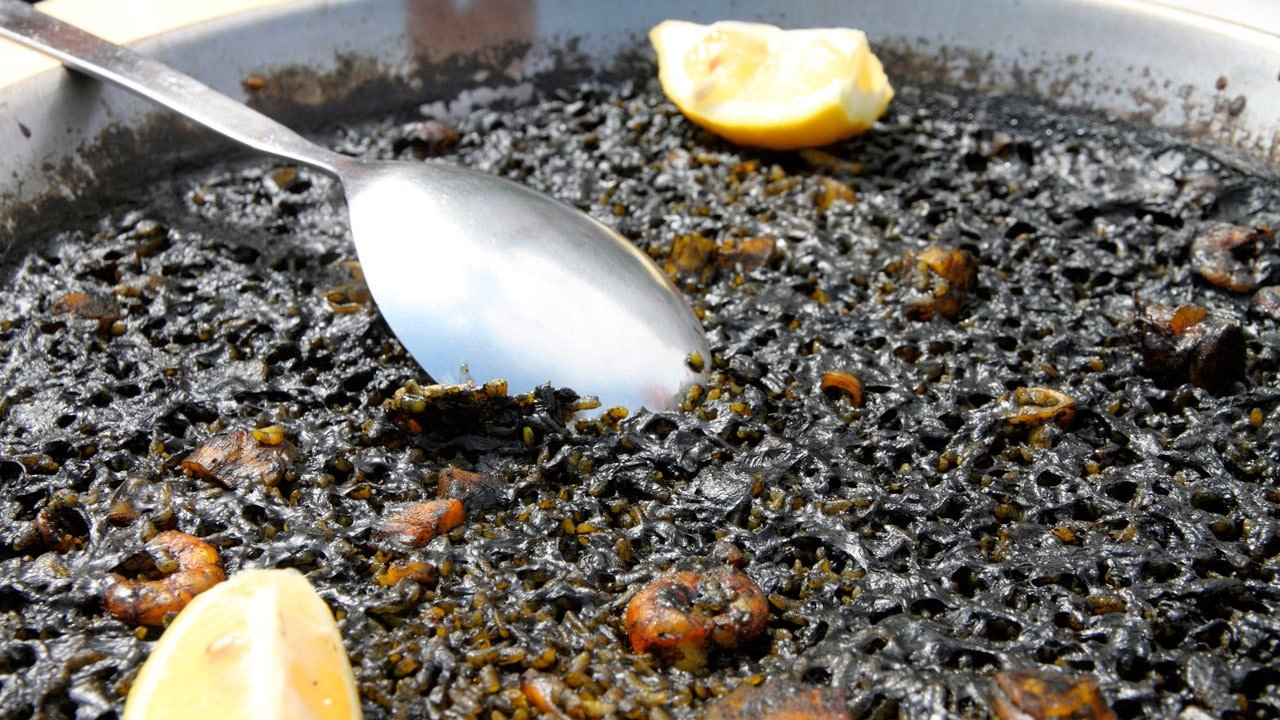 Another of the customs of Alicante, when it comes to eating rice, is to accompany it with fresh slices of lemon so that the diner garnishes each bite with a few drops at the right moment to taste this delicacy. At Servigroup we have learnt from those customs so typical of our land, and in the nine hotels in Benidorm that we have at your service you will be able to find a different type of rice every day of the week so that you can try as many recipes as possible, be surprised and choose your own favourite.

In addition, at the Hotel Montiboli in Villajoyosa you can enjoy, on the beachfront of La Caleta the El Minarete restaurant, which specialises in rice and fideuas with the best products fresh from the Villajoyosa fish market 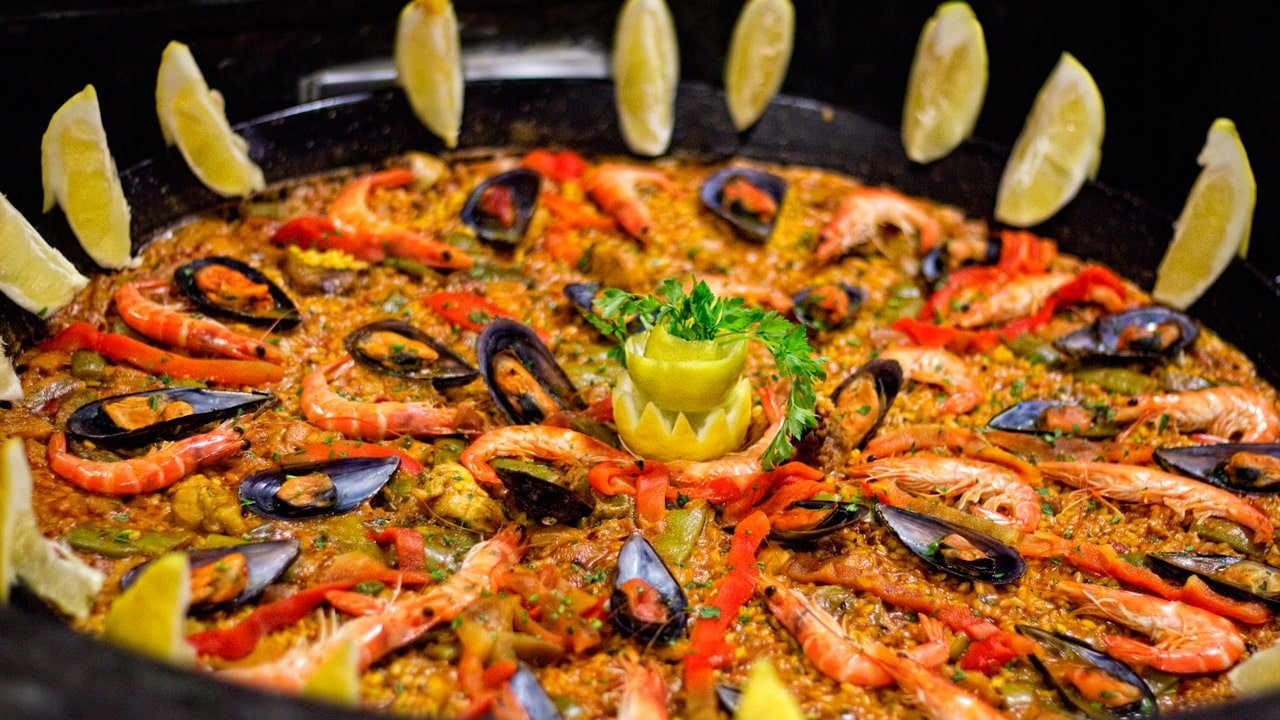 Castellon, the land of sea and mountains

On the Costa de Azahar it is difficult to decide between meat or fish rice dishes. All are tasty and made with zero-kilometre products. In addition, in this area the fideua tradition was born in which noodles replace rice in a very surprising variation of the traditional recipe. Did you know that?

Aioli is another of the fundamental traditions of the Valencian Province when it comes to rice. This well-known sauce formed by the emulsion of olive oil is a real plus of flavour for rice and fideuas. But be careful, the aioli, or also called ajoaceite, is reserved for those dishes made from fish, and its use in meat rice is considered a gastronomic crime by experts in the field. 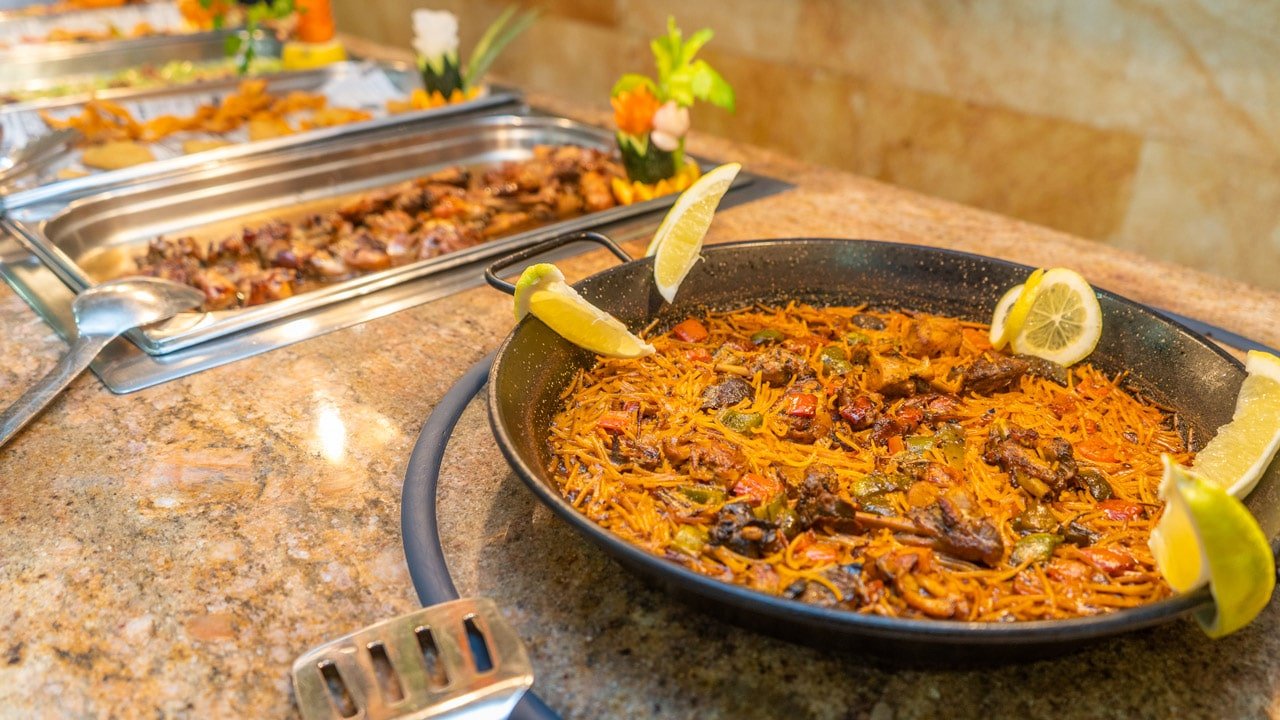 In our hotels located in the province of Castellon, the flavour of the local rice dishes is masterfully summarized. Our chefs will surprise you with varied proposals so that you can taste the classic rice dishes from the Castellon mountains and the most popular recipes from the Costa de Azahar.

Valencia and the Albufera rice

When talking about Valencia you must talk about rice. In the natural park of La Albufera the valued varieties Senia, Bahía and Bomba are cultivated. Its production in this 1,600-hectare protected cultivation area with Denomination of Origin reaches the markets of more than 4.5 million kilos a year of the best quality.

Did you know that paella takes its name from the peculiar pan where it is cooked? Also known as paellera or paellero, depending on the area, there are towns in which tradition dictates that the paella be placed in the centre of the table and diners share this directly from the paella pan, a custom that has always brought together the families on Sundays. What a pleasure! 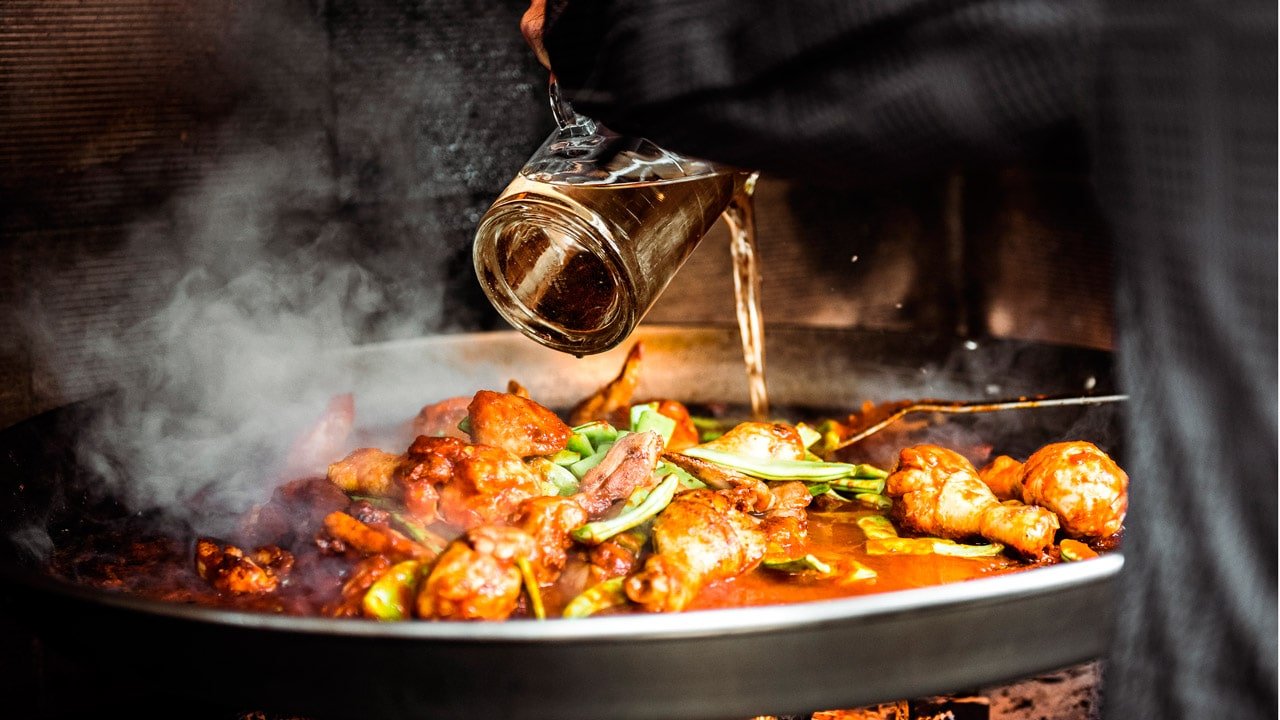 Valencian paella is one of the favourite recipes for locals and foreigners. A perfect combination of vegetables and meats in a tribute to the orchards that surround the Valencian capital, whose artichokes and other vegetables are known throughout Spain.

Who has never visited Valencia in the month of March? Every corner of the city is filled with the aroma of hundreds of paellas that gather the Valencians after the mascleta (fire cracker display) celebrating their traditional festival: Las Fallas.

Learn how to make the authentic Valencian paella

We want you to learn how to make our clients' favourite paella, the Valencian paella.

Here are some simple steps to achieve excellent results, it is for four people and you will become the perfect host. And if you want to reproduce the authentic flavour of paella, come to any of our hotels and enjoy the exceptional Mediterranean gastronomy. 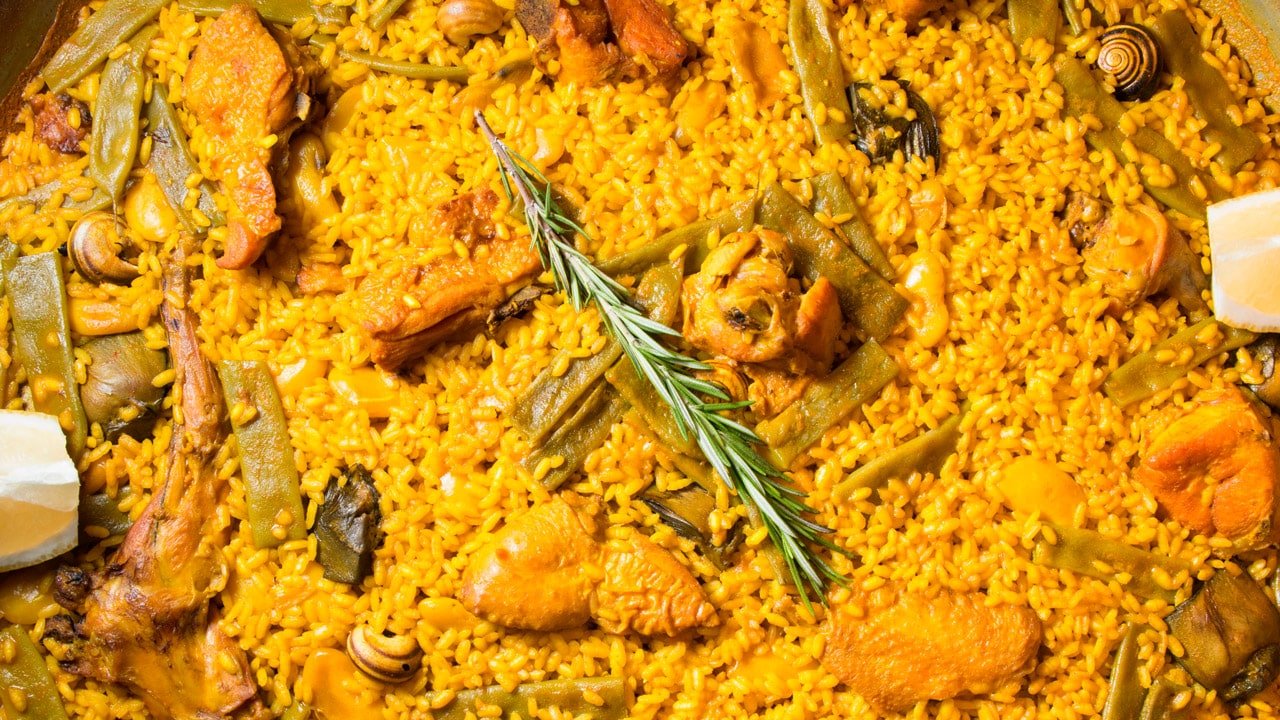 Now you just have to enjoy the paella!