It might not have seemed like it, but finally there will be a summer and, of course, holidays. We know that you want to travel, to see new places and leave your routine behind. Now is the time to decide what your next destination will be, an ideal place with a beach, culture, gastronomy, postcard scenes...

Perhaps you didn't know that you can find in Spain exotic places with huge similarities to some of the most desired destinations in the world. So here are five places very similar to them that you can't miss. Enjoy these wonderful landscapes on your trip to Spain.

1. The Cinque Terre (Italy) and Villajoyosa are not your typical fishing villages. 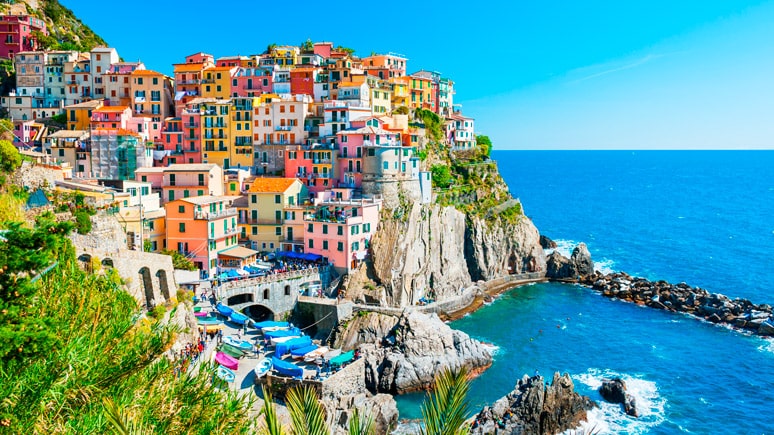 Manarola, one of the towns that make up the Cinque Terre 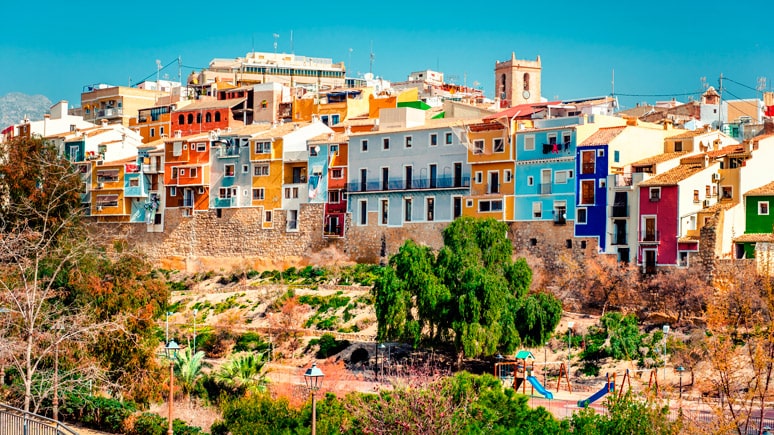 The Amadorio river bed as it passes through Villajoyosa

Who has not heard of the Cinque Terre? These five small Tuscan villages, perched capriciously on the edge of the cliffs in defiance of gravity, have become one of the most recognized postcards in Italy for their striking coloured houses hanging over the sea. Our Villajoyosa, although on the other side of the Mediterranean, it is not far behind, with its charm and photogenic qualities which are worthy of the best Instagram profiles.

La Vila, as this fishing town in the province of Alicante is popularly known, offers a coastal façade in which its colourful houses seem to climb one on top of the other so as not to lose sight of the sea. Its church-fortress, the intricacy of its alleys and its buildings hanging over the mouth of the Amadorio River make up an old town worth visiting and, of course, tasting. Seafood cuisine and chocolate which are two icons of vilera (Villajoyosa) cuisine that will make you completely forget Italian pasta and ice cream.

The Montíboli hotel is located between the coves of L’Esparrelló and La Caleta, to the south of the municipality, a true paradise to enjoy what is the true treasure of Villajoyosa: its beaches.

2. Essaouira (Morocco) and Peñíscola, a characteristic marina sheltered by its great wall 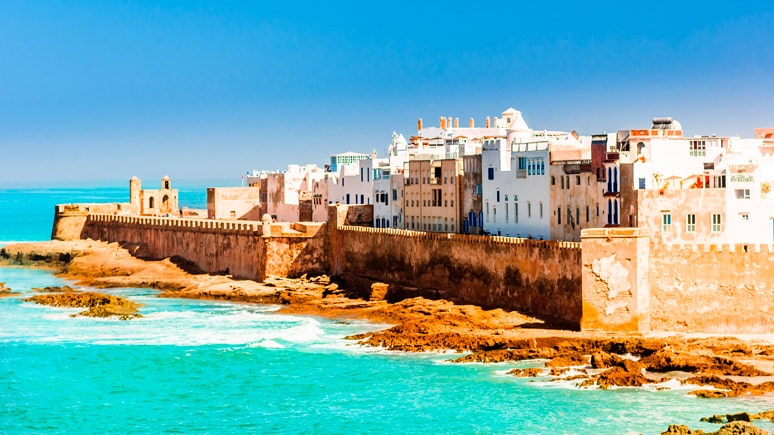 The walled medina of Essaouira 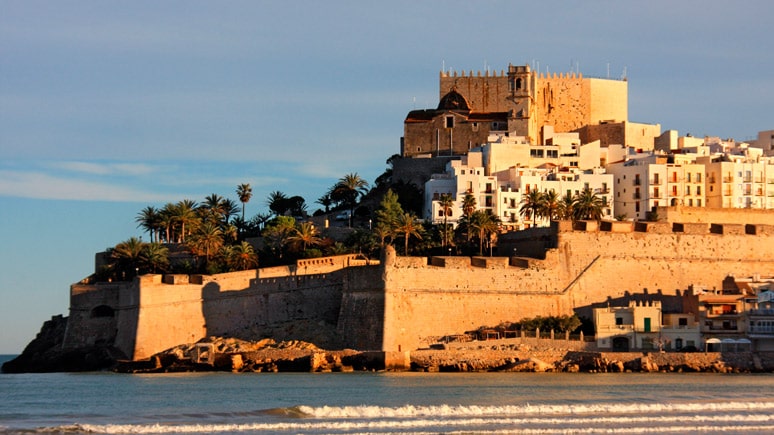 The town of Peñíscola crowned by the castle of Papa Luna

Essaouira is a fishing village on the Moroccan Atlantic coast frequented by surfers from all over the world, who come to enjoy its beaches and taste its famous sardines that are roasted in the port itself as soon as they are unloaded. Peñíscola is our Mediterranean version, both for its white sand beaches and for its wonderful seafood cuisine at the foot of the fish market.

The wall is another of the elements that these two beautiful coastal towns have in common, giving character and personality to their coastal profile. Peñíscola treasures an important historical legacy, around the figure of Papa Luna and his imposing castle. Its medieval walls embrace an urban framework full of whitewashed houses and narrow streets, protecting it from the force of the waves of the sea.

The Hotel Papa Luna, on the beachfront and in the heart of Peñíscola, is the perfect place to enjoy an unforgettable holiday by the sea. 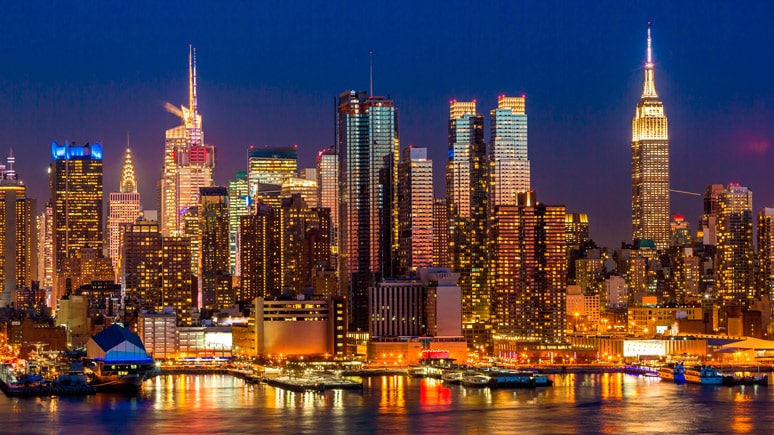 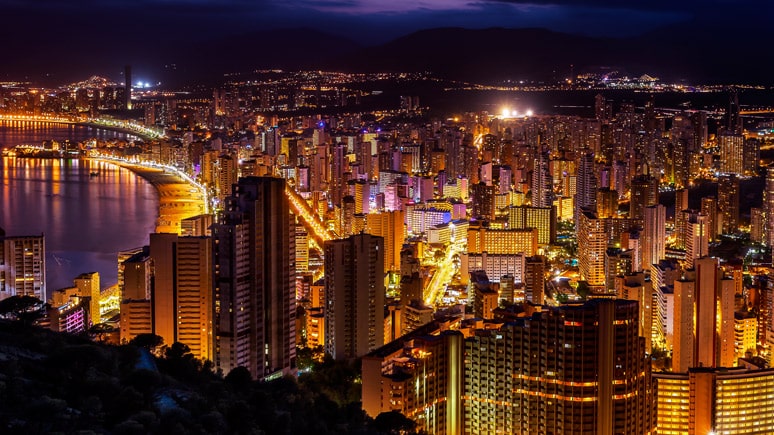 Panoramic view of the Levante Beach in Benidorm

Benidorm is known as the Spanish Manhattan, and although it may seem pretentious, the reality is that the capital of the Costa Blanca, with only 70,000 registered residents, has a total of 310 skyscrapers (buildings over 35 meters high), being the Third city in Europe with more buildings of this type after London and Milan.

This name is Justified, but the most daring even call it "Beniyork", Benidorm offers the widest range of leisure in the whole Mediterranean. With its two endless and well-known beaches, Levante and Poniente, the city offers theme parks, gastronomy, music, shows and everything you can imagine during the 365 days of the year. The atmosphere and the rhythm of your day to day has no competition. Benidorm is unique.

If you want to enjoy the best panoramic view of the city and look for the 7 differences with the Big Apple, you will have to go up to the La Cruz (the cross) viewpoint at the top of the Sierra Helada, and for this, we offer you a varied selection of hotels in Benidorm. They adapt to your needs, offering you the best experiences. You will want to return next year.

4. Santorini (Greece) and Mojacar, the balcony of the Mediterranean 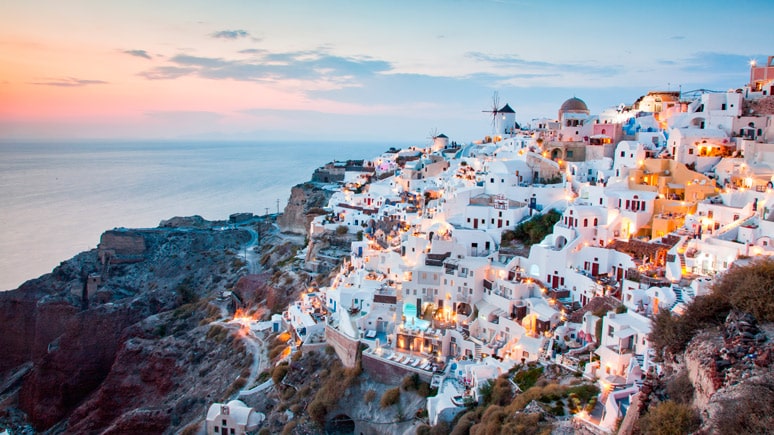 The characteristic village of Oia on the island of Santorini 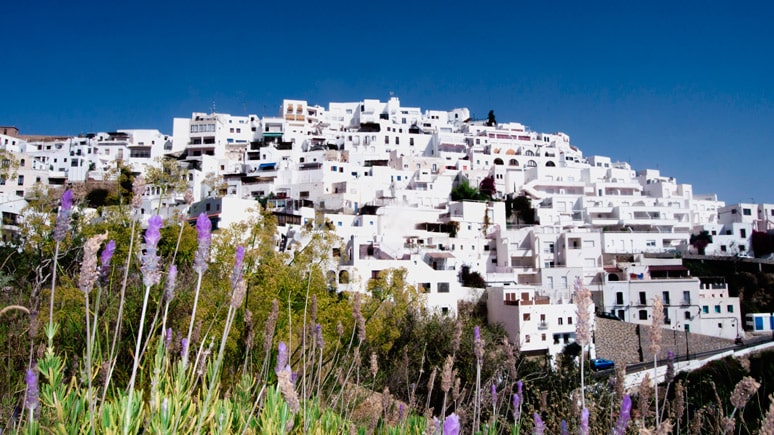 The old town of Mojácar in the Sierra de Cabrera

When talking about Greece, it seems impossible to prevent its spirit from invading our being immediately. The blue of the sea, the colours of the cliffs, the whitewashed facades, the green of the olive groves that dot the landscape or the taste of the Mediterranean cuisine. Move your mind several thousand kilometres, the sounds of the Sierra de Cabrera, instead of the penetrating and catchy melody of the Sirtaki, you have been transported to Mojácar, one of the famous white villages that brings together the essence of Andalusia.

It is considered one of the most beautiful towns in Spain, Mojácar defies the slope of the steep coast of Almería, seeking to see the sea from all corners of its labyrinthine old town. The white walls contrast with the geraniums and bougainvillea's that dot the facades of this town that is famous for its light and its ability to make it seem that time has stood still.

Without a doubt, it is a corner to retreat to and enjoy the sea. The Servigroup Marina Playa and Servigroup Marina Mar hotels are the perfect place for this. Dedicate yourself to the contemplative life or enjoy sports in all its versions. Mojácar offers you a thousand and one different possibilities.

5. The Dalmatian Coast (Croatia) and the Orange Blossom Coast, Mediterranean without filters 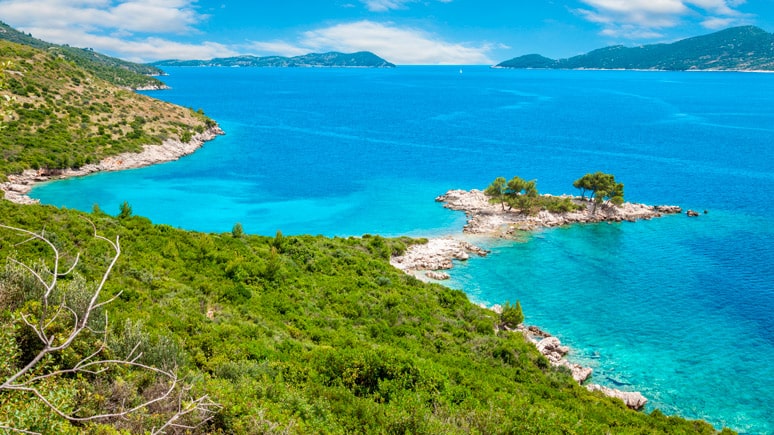 The famous Croatian island of Hvar 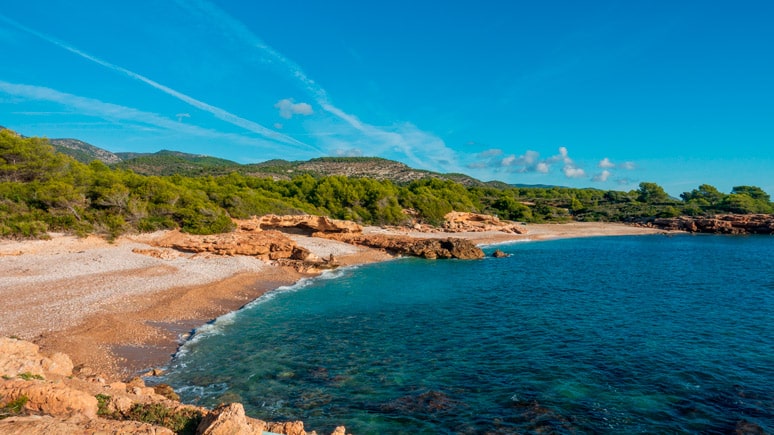 The protected coast of the Sierra de Irta

They say that Croatia still preserves the charm of the Mediterranean of yesteryear, when tourists had not yet discovered the wonders that this coast offers. Currently there are few corners that maintain this privilege and the Sierra de Irta natural park, straddling Peñíscola and Alcocéber, is one of them. This beautiful spot can boast of offering the most unspoilt areas of the Mediterranean, just as it was, in the heart of the Castellon province.

Its 13 kilometers of coastline, with a succession of coves and pine forests dotted with ancient watchtowers and Templar castles, are the great jewel of the Costa del Azahar. A perfect place to discover on foot or by bicycle through its innumerable trails until you discover the perfect corner where you can enjoy a bathe, probably in solitude. And don't forget the diving goggles! The true environmental treasure is hidden in the diversity of the underwater flora and fauna of the area. A landscape to get lost and disconnect with the advantage of being one step away from some of the most important tourist towns equipped with all services.

The Hotel Romana in Alcocéber, has all the comforts for you to enjoy this area that you may never have heard of, but that you will never forget. 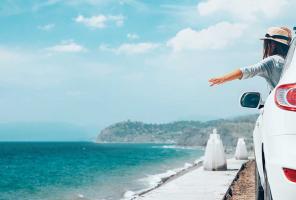 Visits and excursions
A definitive road trip through Alicante: the best of the Costa Blanca in 7 days 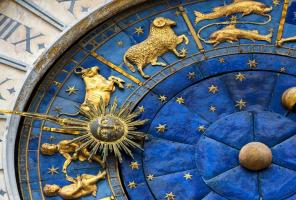 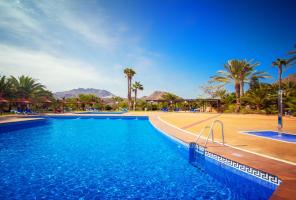