Today we take a walk around the Salinas of Torrevieja

A few weeks ago, we offered you a series of alternatives to visit near La Zenia. On the other hand, for this publication, we are giving absolute prominence to the Salt flats of Torrevieja and to the extraordinary environment of incalculable ecological value of which they form a part of, the Natural Park of La Mata-Torrevieja.

This natural park, located very close to the La Zenia Hotel, can be found in the Vega Baja del Segura, occupying some 3700 hectares.

Here you will find, the lagoons of La Mata and Torrevieja which are one of the most attractive tourist spots in the province of Alicante and the entire Valencian region as a whole. In fact, if you decide to visit them, you will be surprised by its great vegetation, extraordinary variety of fauna and its eccentric beauty. 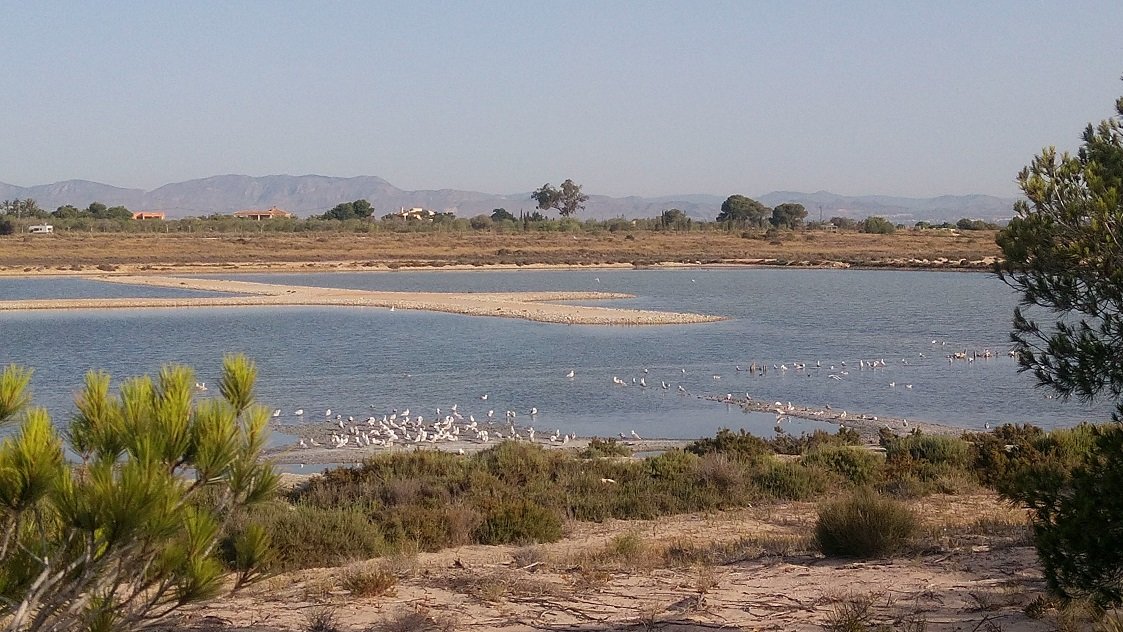 In short, it has been a protected area since 1994, and each year receives an average of about fifteen thousand visitors. Are you up for it?

The Salt Lake (Salinas) at Torrevieja 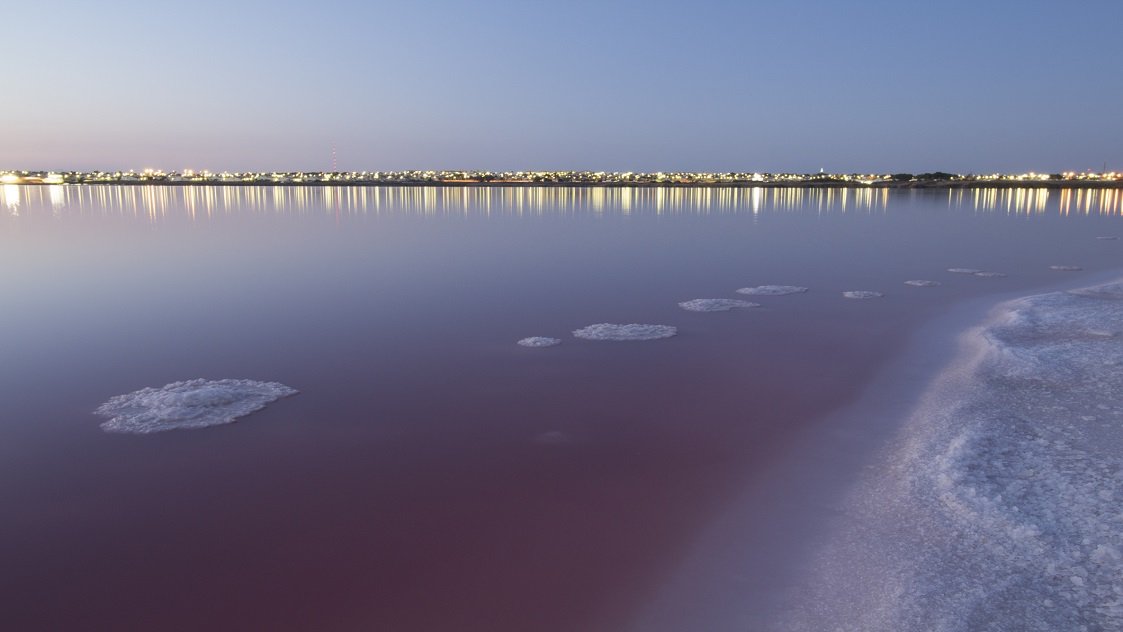 The salt flats of Torrevieja, are a magnificent place that is an essential part of the Natural Park of Lagunas La Mata and Torrevieja.

Located very close to the limits with the municipality of Orihuela, the salt lakes in Torrevieja are characterized by very thick water, which is due to its high concentration of salt. They also have a peculiar pink color, which is due to special algae that inhabit the bottom of the lakes, equipped with microorganisms that give this original and characteristic color. For this reason, the salt lakes are also known as the Pink lake of Torrevieja.

There is evidence that the Romans exploited the pink lagoon to obtain their salts, by manufacturing their own ducts.

Guided Visits to the salt flats and lakes of Torrevieja 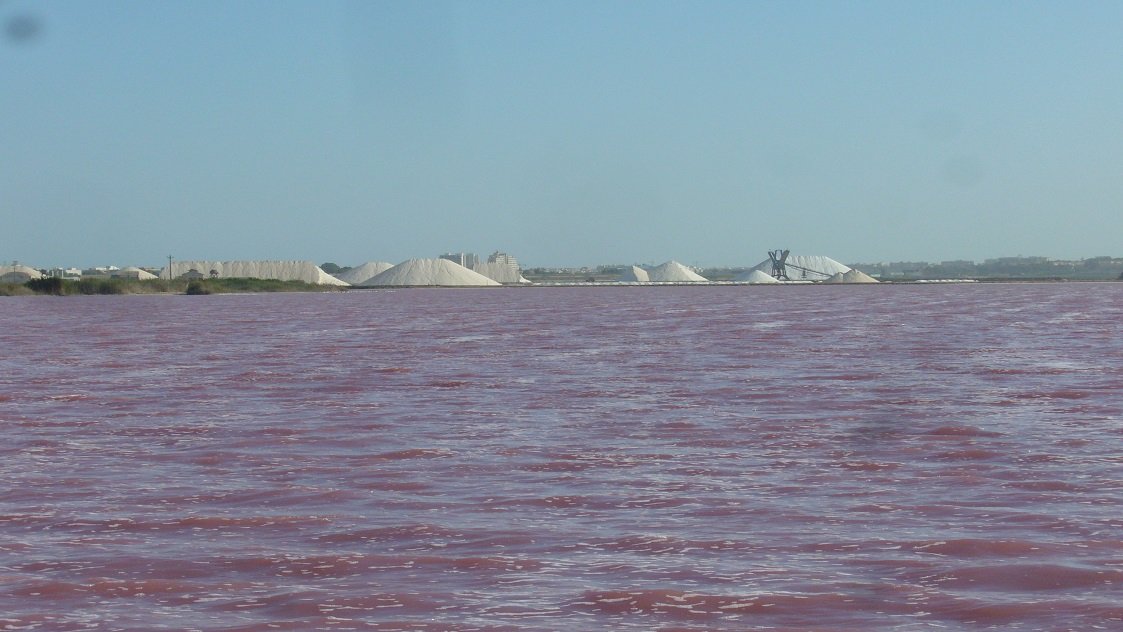 If you are staying at our hotel on the coast of Orihuela, and you are curious to know more about the lagoons of Torrevieja, you can attend their group visits, prepared especially in the months of high season.

The Town Hall of Torrevieja organizes a series of guided visits to the salt pans of Torrevieja and to the entire area of the natural park, for the time being, only in mid-high season (from June to October).

The visits depart from the Paseo de la Libertad in Torrevieja in the symbolic tourist train, then goes to the very heart of the salt mines, where you can enjoy its characteristic salt mountains, its crystallizers, its old chemistry complex, and its stacker, all on a pink lagoon that will remain in your memory for its considerable beauty and attractiveness.

There, you will be surprised by its most outstanding points of interest in what refers to the natural park as a whole. Among them, the Acequión of the lagoons of Torrevieja (conduit through which the salinas have been exploited since the XIII century), the Pinada (rest area), the remains of the old Torrevieja, as well as its magnificent observatories (El Zampullín, La Cigüeñuela, "El Fumarel", "La Avoceta" and "El Chorlitejo").

In addition, you will find the most interesting routes that are usually carried out in the park, such as the yellow route (on foot), the red route (very typical for cycling) and the wine route.

You can also visit the approved trails of the Mata-Torrevieja Natural Park, ideal for a good walk at any time of the day.

How to get to the Salt flats of Torrevieja from the Hotel La Zenia? 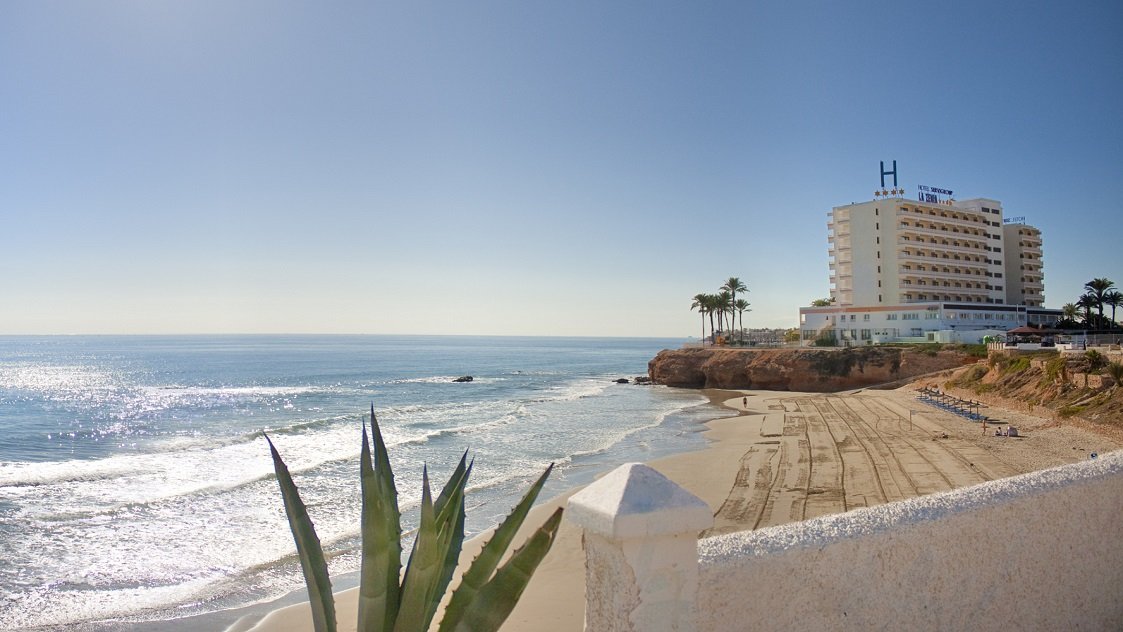 About 12 kilometers from Hotel La Zenia, you have at your service one of the most emblematic and impressive areas of the province of Alicante.

To get to the salt flats of Torrevieja from La Zenia, you will have to leave the urbanization La Zenia heading towards the N-332 road to the north. You should go towards Marina Street. A small distance, you will find a roundabout take the first exit in the direction of Calle Gabarra. In less than a kilometer and a half, you will find another roundabout that you will need to take the third exit, and in about 3 kilometers you will be at the reddish waters of the Torrevieja salt flats. Now it's time to enjoy this great Alicante paradise.

A very characteristic access to the Pink lake of Torrevieja, is through the well-known greenway, where the sunset walks are very popular. From there, you will find an unpaved path that will take you to the salt flats of Torrevieja.

The wildlife in the Torrevieja nature park, La Mata 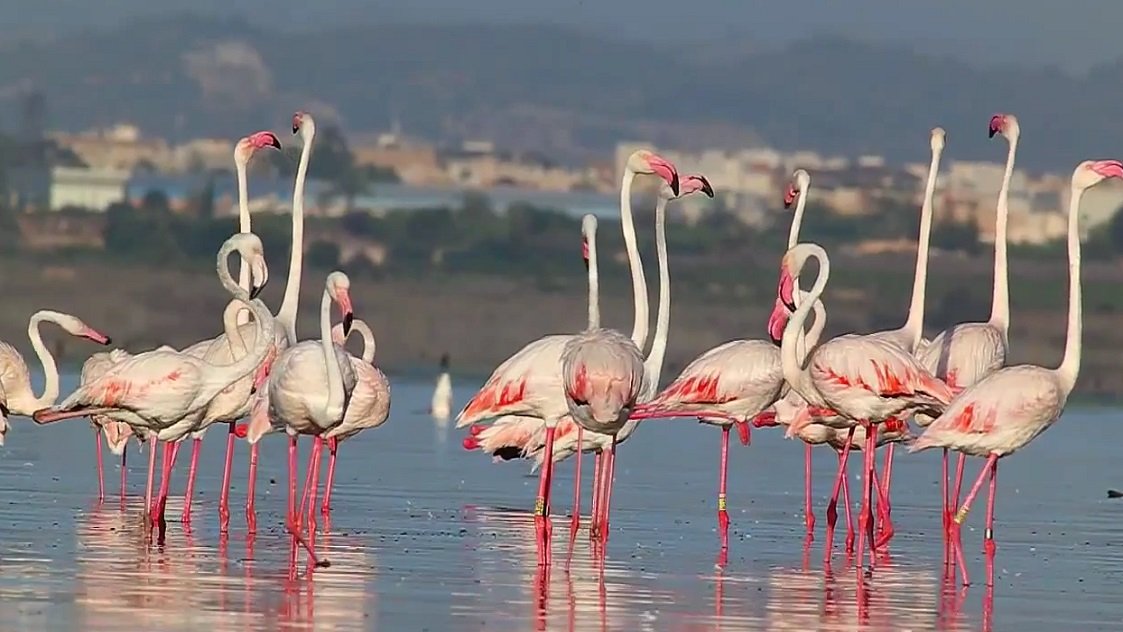 In reality, the content of the lagoons of La Mata and Torrevieja are one of those refuges that harbour a characteristic and rich marine fauna.

It is an authentic enclave of wetlands that are of vital importance for the biological development of many species. But one of the most characteristic animals of the lagoons of Torrevieja and La Mata is the flamenco, which feeds and rests generally in La Mata. In fact, currently there are as usual presence of two thousand flamingo specimens. 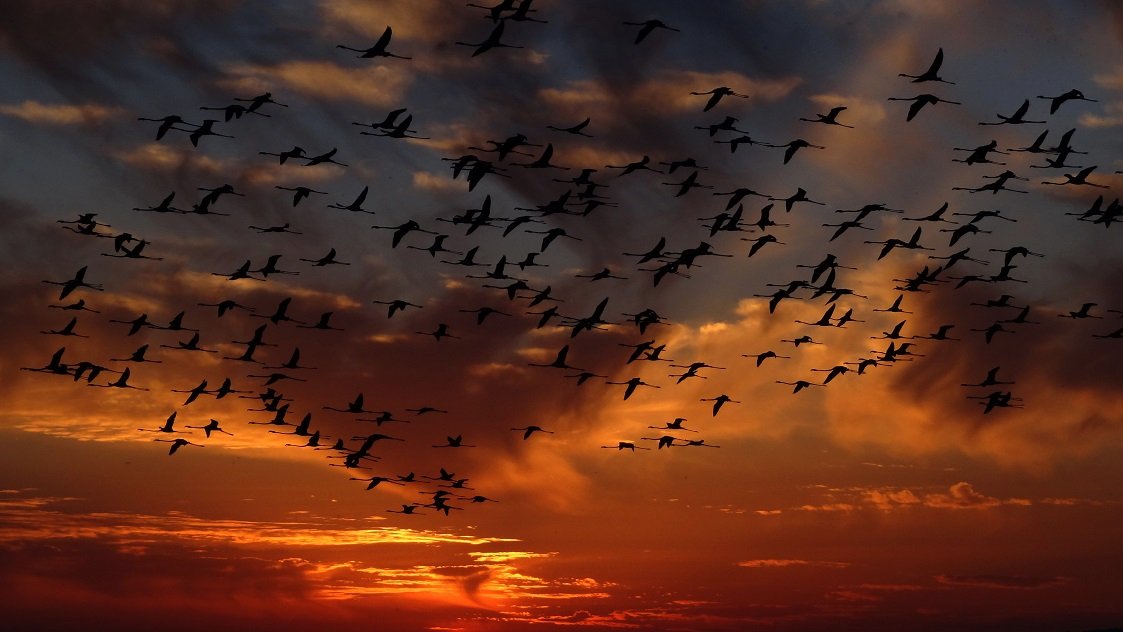 It also enjoys the presence of the black-necked grebe in the lagoons, a species of approximately three thousand.

Other varieties that can be found in this magnificent nature park of the Vega Baja are the curassow, the common tern, the white jar, the Montagu's harrier, the stone curlew and the little tern.

Plant life in the salt flats and lakes of Torrevieja

The nature park has plant formations that are very well adapted to the high saline concentration of the soils that surround its lakes.

It also has very characteristic species of marsh plants, which originate especially on these shores, which receive contributions from continental waters.

Among these marshy formations, the reed, and the tamarit stand out.

In the most saline areas you will be struck by very alternative species of glasswort, such as the hogweed. 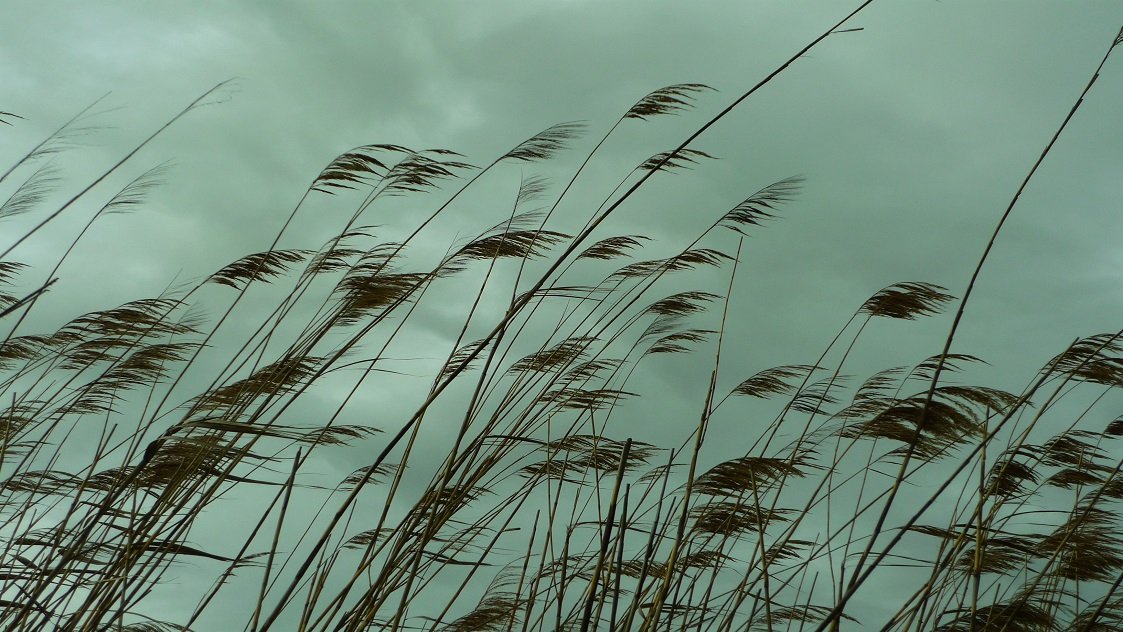 In future publications, we will give you more details about this paradisiacal and healing nature park, which you can reach within in a few minutes from the La Zenia Hotel on the Orihuela Coast.

We look forward to greet you…! 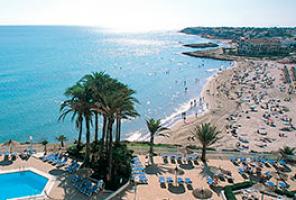 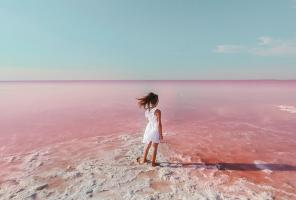 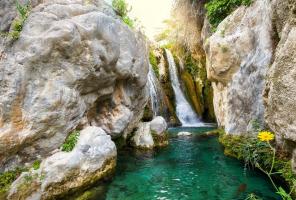