Hotel Pueblo Benidorm and the city of Benidorm will soon play host to the microcar gathering organised by the popular “Clàssic Motor Club del Bages”.

Titled the “Levante microcar route”, the event will bring together the best microcars in Spain from 15 to 20 September. For these five days, they will visit the most beautiful areas in the Levante region while staying at the Hotel Servigroup Pueblo Benidorm, which is part of the Servigroup hotel chain. 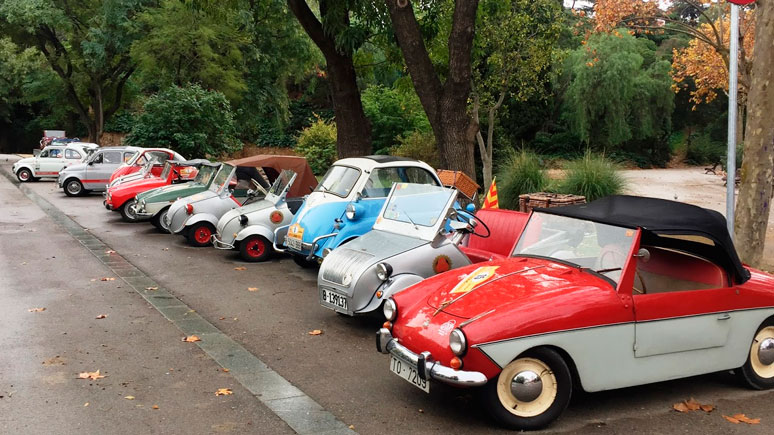 The 21 micro-beauties will arrive at the hotel on 15 September. They will visit the city that afternoon and then from Monday to Friday, they have a packed schedule of tourist routes ranging in length from 80 to 140 kilometres. The programme will allow these small, stylish cars to visit Benidorm and its surroundings, including coastal areas and inland towns across the whole of Alicante province.

The club combines its outings with gastronomy and tourism, so the route has been designed to show the charm, scenery, monuments, museums, natural sights, nougat, shoe and toy factories of the different towns in Alicante off to best advantage, while at the same time providing the opportunity to sample the best cuisine in the area along the route. 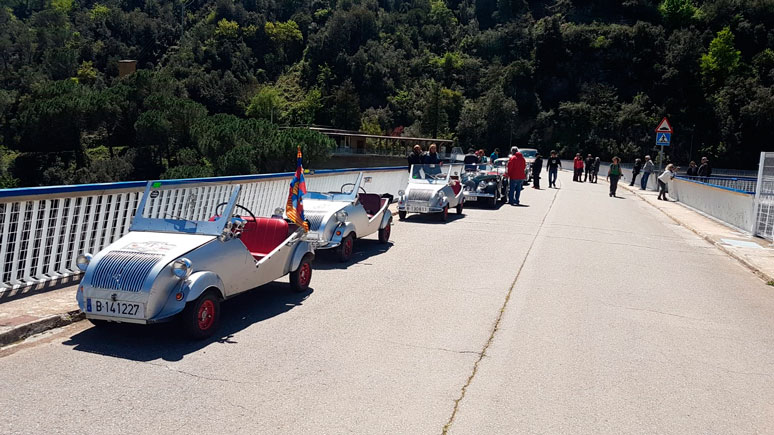 On Friday night, the group will have a special farewell dinner at the Hotel Servigroup Pueblo Benidorm, as the following day they will return home. 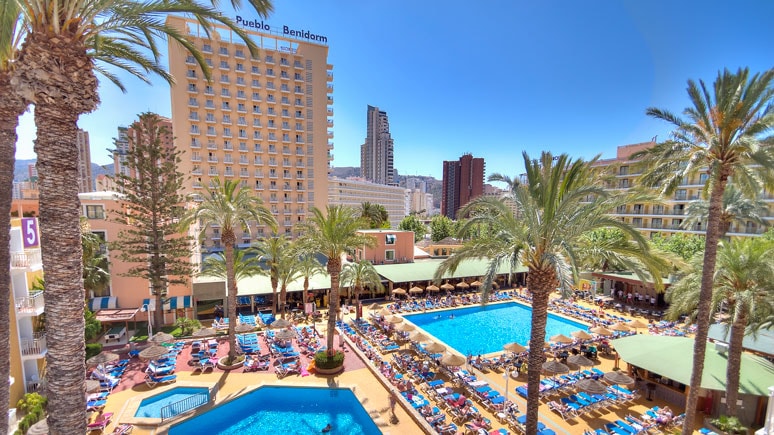 The Biscúter and its origins

The Biscúter has become one of the legends of the Spanish car industry. The production of mini cars became popular in several European countries as a result of the scarcity of raw materials after the Second World War.

The origins of this vehicle can be traced back to France and the middle of the 20th Century. Its creator, the popular aircraft designer Voisin, called them biscooters because they were about the same size as two scooters or motorbikes. They were not very successful in France, but in Spain they become a popular and affordable model during the Spanish post-Civil War period. Their manufacturer, Autonacional S.A. of Barcelona, initially called them the Series 100 or “Zapatilla” (which means “slipper”) due to their similarity to these house shoes.

It was a very simple car, with no doors, windows or reverse gear, and with a crank starter. It wasn’t until later on that it came with an electrical ignition system, and then included a reverse gear in 1956. The first Seat 600 hit the streets the following year and this model gradually replaced the Biscúter, which was finally phased out between 1959 and 1960.

Despite the progress in current car technology and not having ABS, airbags, GPS, Bluetooth radio and a long list of luxuries that all current cars come with as standard, the “Zapatilla” remains a hugely popular model among collectors and people who are nostalgic for these endearing tiny cars. There are also electric models at present. 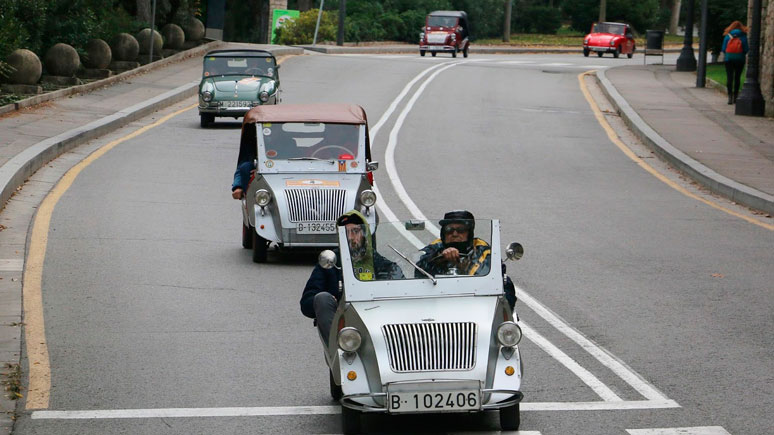 The founding of this legendary Spanish club was linked to the PTV microcar manufactured in Manresa in the 1950s and it currently has over 5,800 members. It has 14 sections that include different classic car types, all of which are over 30 years old.

An international gathering is held every two years, and the seventh edition was held this past May in Sitges, with 106 cars from 14 different countries taking part. At the national level, the club’s microcar section usually organises several one or two-day gatherings in Spain and a week-long one in order to tour different areas of Spain or even Europe (they have been organised in Holland, Portugal, France and Italy). In Spain, they have toured the Way of St. James (Camino de Santiago), the La Mancha Windmills Route, the Route through the valleys (Ruta de la Vega), Majorca, Menorca, Madrid, La Rioja, etc.

That is why this year they have decided to organise a route in the Levante area. 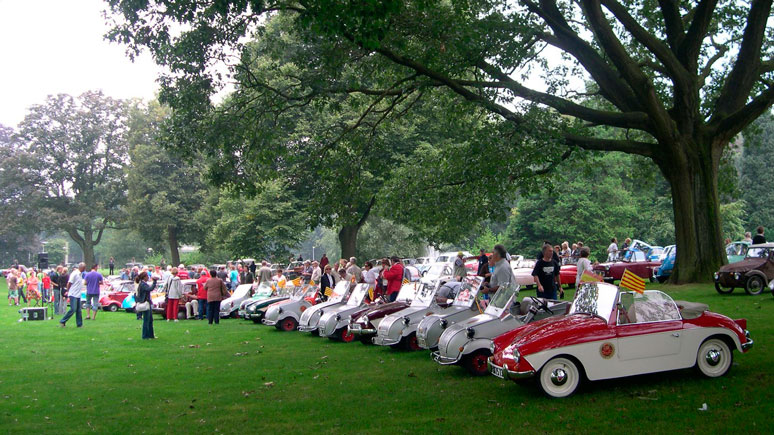 These are non-competitive gatherings aimed at learning about the tourist, cultural and gastronomic aspects of the area, coupled with the pleasant experience of spending time with a group of microcar enthusiasts.

A total of 21 cars and 43 people have signed up for the Levante route with the following brands: 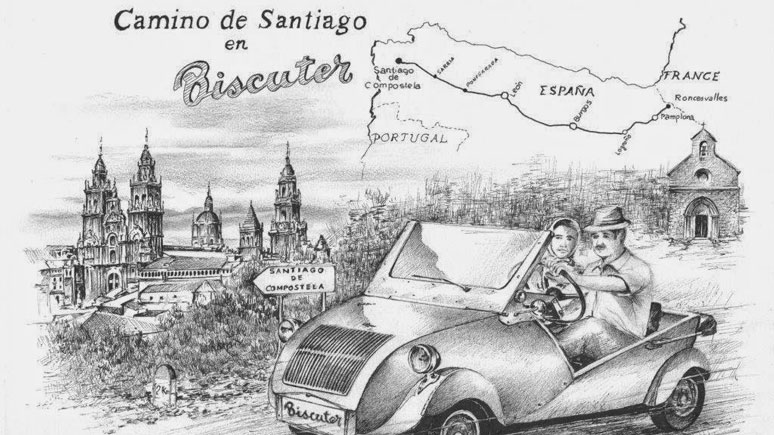 They are accompanied by a broom wagon with trailer, its driver and a mechanic who has genuine spare parts in the event of any breakdowns along the routes. 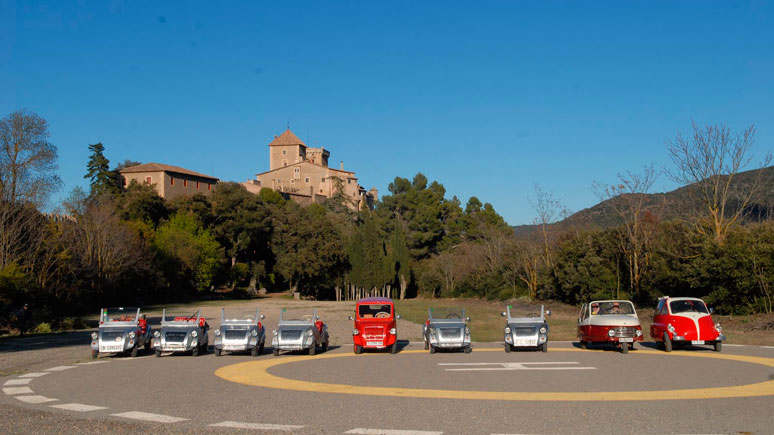 For the people of Benidorm and its surrounding areas who wish to see these legendary gems of the car industry up close, a date will soon be agreed with the Benidorm Council to drive the 21 models through the streets of Benidorm, after which they will be on show in a square or an area allocated by the local government so that the people can admire their beauty and style.

From Sunday 15 to Friday 20 —except for Thursday as they will not stay the night in Benidorm—, the Hotel Servigroup Pueblo Benidorm will also have some microcars on show so that hotel customers and enthusiasts can get an up-close and personal look at them. 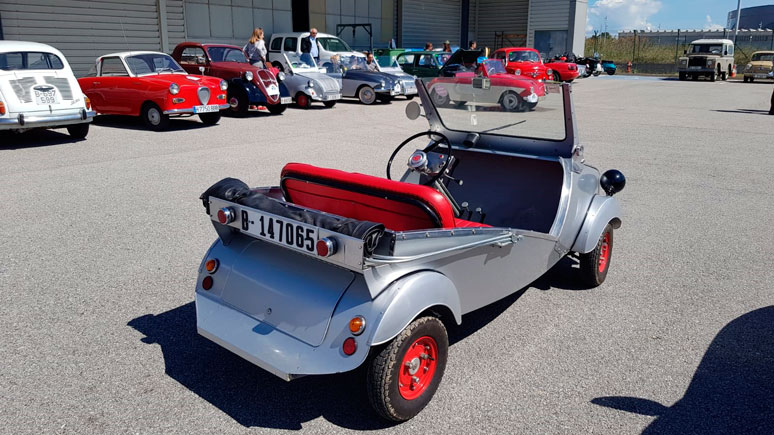 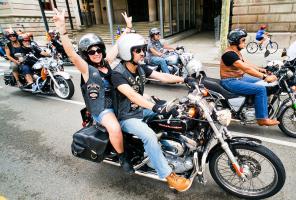