The month of June returns, like every year, with great force. Bringing with it once again all the expectations for summer, which as always, will involve many diversions on a daily basis, which would be inconceivable without a vacation to that destination you have chosen to enjoy with your family. 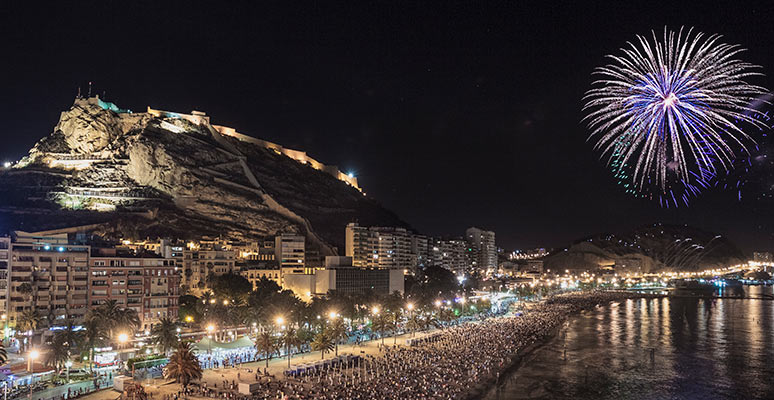 For the people of Alicante, the emblematic (statues) Hogueras of San Juan are much more than just a regional celebration or a cult/religion. The fact is that the arrival of these statues to the streets and bonfires to the beaches of Alicante, also starts the beginning of a new phase in which is entered by stripping away everything that is old, and that is left behind, with an authentic spirit of renewal, with great optimism and with great joy.

All this, together with the arrival of good weather, will welcome in summer 2018 in the great city of Alicante, as well as in other locations, inside and outside the province, in which the Night of San Juan is also celebrated with great enthusiasm.

The Statue burnings of San Juan in Alicante 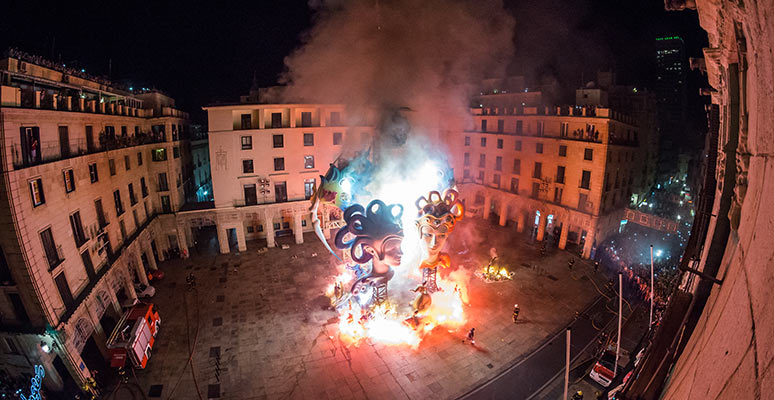 It all began at a time when the farmers of Alicante celebrated with great emotion and joy what is known as the shortest night of the year. It was in turn, to celebrate the day which had more hours of light to work, during harvesting, and at the same time, to leave behind everything that had been negative during the past year, and to begin anew, full of successes and positivity.

But did you know that this celebration only become official due to a bureaucratic error? In olden days, on the eve of San Juan, every year the City Council of Alicante issued a decree prohibiting the lighting of fires and letting off of fireworks, with the threat of being fined a 100 reales. But it was specifically an oversight of the mayor's office, that one year they forgot to publish the notification. This caused hundreds of people in Alicante to take to the streets creating a great party with bonfires. A celebration for everyone, that in a short time became official, and that began with the burning of furniture and old utensils. Later on, they incorporated straw dolls and modest ninots (statues), which over the years evolved into these authentic works of art that we see every year in the Hogueras of San Juan.

The Bonfires (Burnings) of San Juan in Alicante, are held every year between the 19th and 24th of June. Even so, there are many Spanish localities, that with or without beaches, celebrate the magical night of San Juan in their own way.

If you are thinking about a weekend getaway to Benidorm, Orihuela Costa, Peñíscola, Alcocéber, Benicassim, Villajoyosa, La Manga or Mojácar, get ready to celebrate the night of San Juan 2018 on the beach.

The night of San Juan in Benidorm 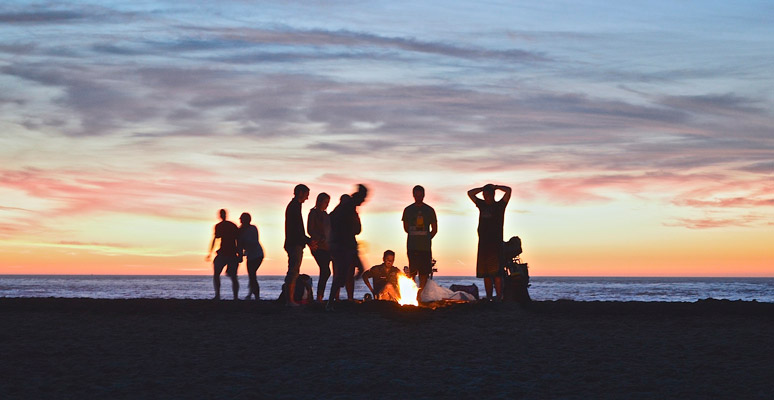 If you plan to travel for a few days, and it coincides with the bonfires of San Juan in Benidorm, not only will the beaches become a real party. The statue at La Cala Benidorm will be once again raised. A work of a whole year, which will end on June 24th with its corresponding Nit del foc, (Night of the burning).

Benidorm City Council will also undertake its own party on the beachfront of Levante. A fun date in which the music will play in style, and where you can celebrate the arrival of summer next to the bonfires on the beach. In this case, the meeting place will once again be at the junction between the Madrid and Bilbao streets.

But if you decide to stay with us, at any of our 9 hotels in Benidorm, our entertainment team will offer you some brilliant alternatives, in an atmosphere themed and adapted to this great occasion, in which you can live the Night of San Juan in a big way in with Hoteles Servigroup.

The Magical Night in our Servigroup destinations 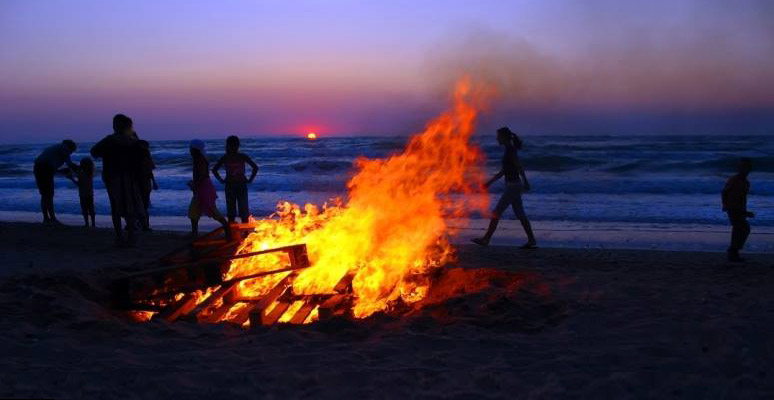 The night of San Juan in Mojácar will also leave a mark on you. The beach of the Descargador in Mojácar will start the party with its traditional fireworks. A meeting point where, as every year, its attractive grilled sardines will be present, as well as the most varied rituals of the magical night. Do not miss out on this beach, the traditional lighting of the Municipal Bonfires of Mojacar, an event that brings together a large crowd of attendees, both tourists and residents of the town itself.

On the South Beach of Peñíscola, the popular celebration with open air music and dancing will also shine, every year this is organized to unite locals and visitors. A festive scene in which the fireworks will illuminate the popular Havaneras (traditional music) which is always present during this special evening. On the other hand, the team of our Papa Luna Hotel will organize a great program to celebrate the big night, either at the hotel itself, or on the North Beach of Peñíscola.

If you opt to spend this magical night in Orihuela Coast, our entertainers will take you to the beach of La Zenia, which as you know, is located at the foot of the hotel. It is one of the most spectacular beaches in the South of Alicante, where you will also enjoy an exceptional atmosphere during this magical night.

In Alcocéber, the Hogueras of San Juan will once again show off to the rhythm of the traditional dance tunes that will set the tone for a great party. But in addition, from our Servigroup Romana Hotel, they will also prepare a great night full of fun in the Cala Romana, in front of our hotel.

The beaches of La Manga also become a spectacle. Therefore, if you plan to stay at our Servigroup Galúa Hotel, you just have to leave our premises to enjoy the incredible party on the beach and enjoy this spectacular Murcia night of San Juan.

Last but not least, if you prefer our Montíboli Hotel in Villajoyosa, do not miss this spectacular night. It is about the great Night of candles, an opportunity where you can embrace the most exclusive night of San Juan.

Whatever your choice for this night from June 23rd to 24th, our different destinations await you to celebrate the shortest night of the year.