A tribute to peace and coexistence. The festival of the Moors and Christians of Mojácar takes place

Mojácar is a town that is becoming very popular as a tourist resort and as mentioned in our previous publications, it is also a place marked by a history filled with culture that remains present from the sea to the desert, passing over its mountainous landscapes.

What not to miss of the Moors and Christians in Mojácar 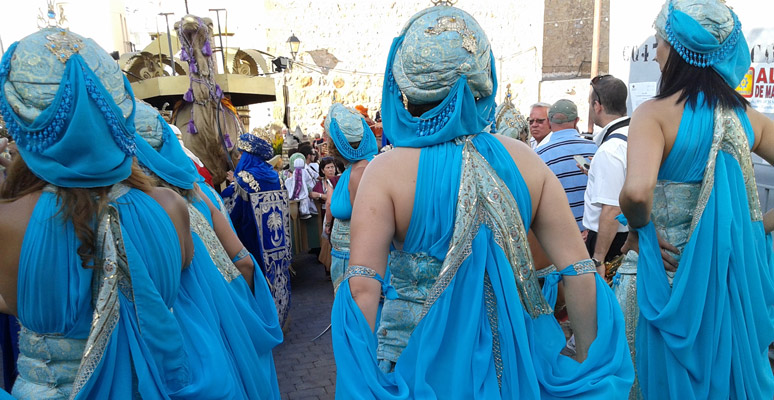 Everything will commence on Friday June 9th from 21.30hrs with the traditional gathering of the Blunderbusses next to the iconic Mojácar fountain. Then, the troups will regroup in the same spot where the Moor King will carry out the traditional delivery of the key to the city to the Christian King. Then, after the arrival of the processioners (to the exciting rhythm of the musical bands) the troups enter the city, giving way directly to the great proclamation of the Moors and Christans Festival 2017

Not to be missed is the spectacle that will take place on the Playa del Lance in Mojácar on Saturday June 10th at 16.30hrs. It is about the encounter between the Moors and Christian armies after which there will be held a tournament in which each side will try to win the the highest number of scarves that the ladies from both armies will be giving out.

Everything will conclude on Sunday June 11th with the great Moors and Christians procession that will take place through the streets of Mojácar from 18.30hrs.  For this parade, the participants will be equipped with powerful armor and wear the most dazzling costumes.

But in reality, how was the Christian occupation in Mojácar?

With visible evidence from ancient prehistory and evident leagacies of the visigoths, our city of Almeria was occupied by muslims throughout a mere seven centuries.  Their way of life is represented in a more inherent way than previous ones and the overt amalgamation of muslim and Christian cultures and traditions is evident.

Hence, we have a cultural heritage of great interest for both residents and visitors who come from different areas of Spain as well as from across the borders.

The Moors and Christians festival in Mojácar arose from a historic event that undoubtedly marked the cultural path of the town. It was at the end of the XV century, in 1488 to be precise, when a muslim woman from the town decided to surrender to Christianity under duress of the Catholic Monarchs. However this all took place with one very clear exception: The muslim residents of Mojácar who were reaffirmed as Spanish, declared themselves before an unconditional forced occupation and decided to opt for a friendly victory.

In order to commemorate this act, the traditional Moors and Christians Festivity was born, the result of a quarrel between sides that remain  praised for having no winners or losers and of which the most honest principles such as love for the land and passion for the homeland remain separate from the current prevailing religion.  Therefore, the strong ties that diminish all barriers are commended. 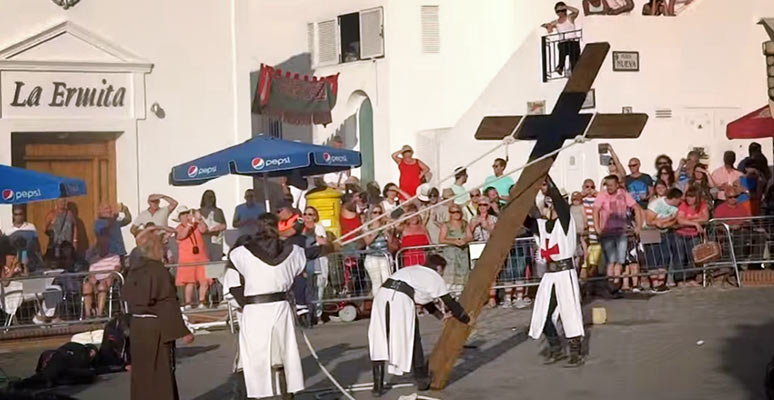 With the popular motto “No winners or Losers” the proclaimer of the Moors and Christians Festival in Mojácar represents year after year this historical pact between Muslims and Christians that allowed ancient settlers to continue living in Mojácar in exchange for giving way to a new reign of Catholic Kings.

Would you like to experience for yourself how it all happened? We’ll be waiting for you in Mojácar where you can enjoy legendary history whilst having great fun at the same time.

Do you feel inspired?