As you know, Hotel Servigroup Galúa is located between the two magnificent seas of La Manga del Mar Menor.

As a largely symbolic and representative area of the Costa Cálida in Murcia, this beautiful Murcian town becomes a favourite destination for tourists during the summer months. And what better choice than La Manga if you’re looking for an enjoyable weekend break or somewhere to spend your summer holidays? 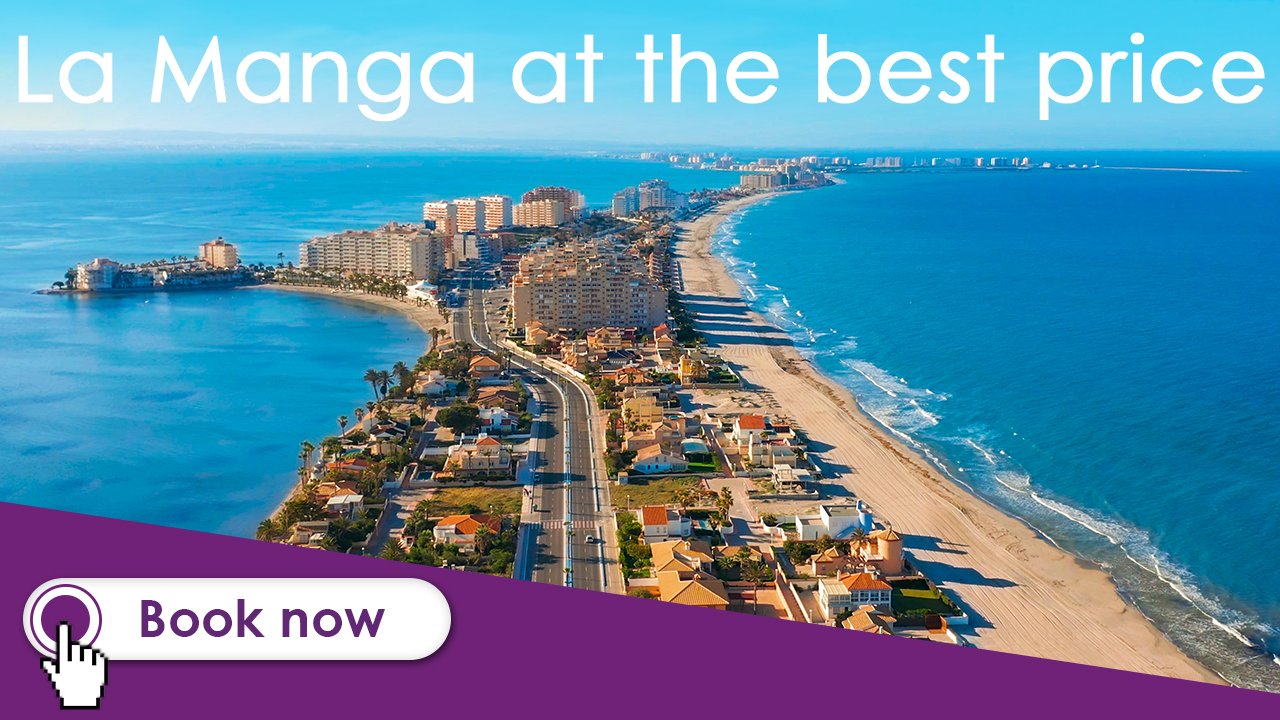 This might explain why, in 2011, Hoteles Servigroup took over one of the most iconic and best-known hotels in La Manga, Murcia: Hotel Galúa. The hotel is also a favourite for a select national and international clientele who go there each year.

Hotel Galúa has a high number of loyal customers, veritable lovers of the Galúa who have been visiting the hotel since it opened in 1967 and who have witnessed our hotel in La Manga evolve over the years.

Many of these loyal visitors sometimes stay for more than a month at different times of the year and rate the islands in La Manga among the town’s greatest treasures. If you choose La Manga del Mar Menor in Murcia for your holiday, these tourist attractions are certainly worth a visit. So that’s what we’re going to talk about in this post: the islands and, more specifically, those situated on the Mediterranean side of La Manga, popularly known as Mar Mayor de la Manga.

These are three beautiful islands in La Manga, in the Mediterranean Sea, and they are visible from our Hotel Servigroup Galúa: the emblematic Isla Grosa, the exotic Islas Hormigas and the impressive and beautiful little island of Farallón. 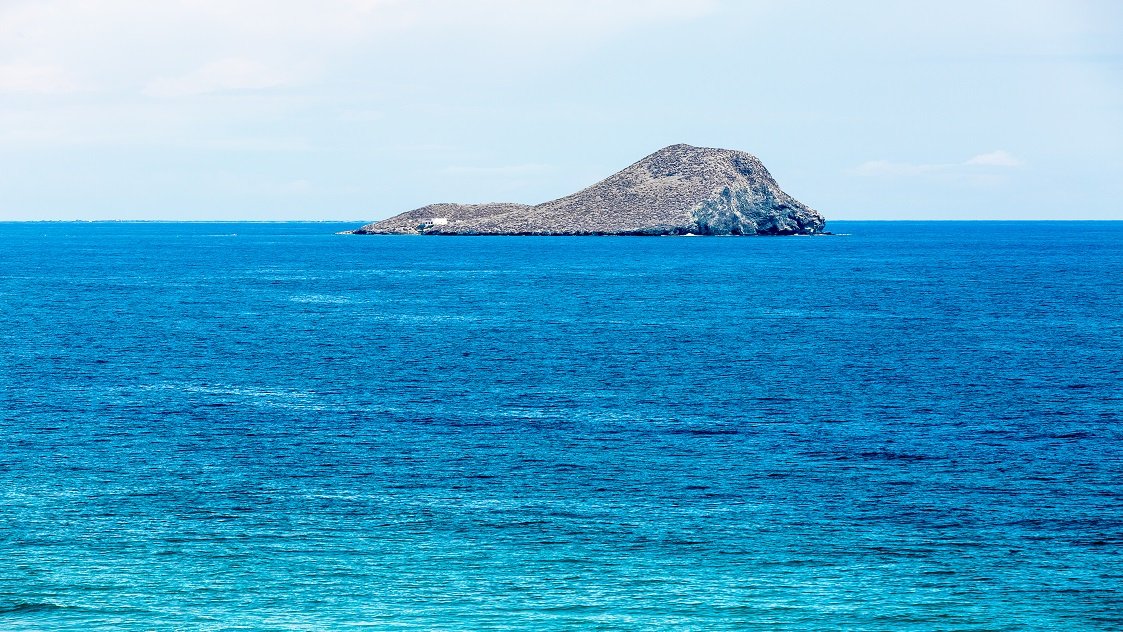 Isla Grosa is situated only 2.5 kilometres from the beaches of La Manga del Mar Mayor, just north of the town. It consists of an extremely steep volcanic cone with a total surface area of 17.5 hectares.

Although Isla Grosa is identified as an island of La Manga, it actually belongs to the municipality of San Javier, which is also very close to another of our hotels, Hotel Zervigroup La Zenia.

If you decide to visit Isla Grosa La Manga, you can take any of the tourist boats offering daily trips to Isla Grosa. If you love the sea and sailing, another attractive option is to hire a boat or even a kayak.

The various routes depart from different beaches and, among other places of interest in La Manga, they will take you to this fantastic island, which is of huge importance for scuba diving in La Manga.

Since it is a protected area, you cannot actually step on to Isla Grosa itself. However, there’s lots of fun to be had navigating around the island or scuba diving in its beautiful waters.

Historically, Isla Grosa, Murcia was used as a refuge for Berber pirates up until the 17th century. 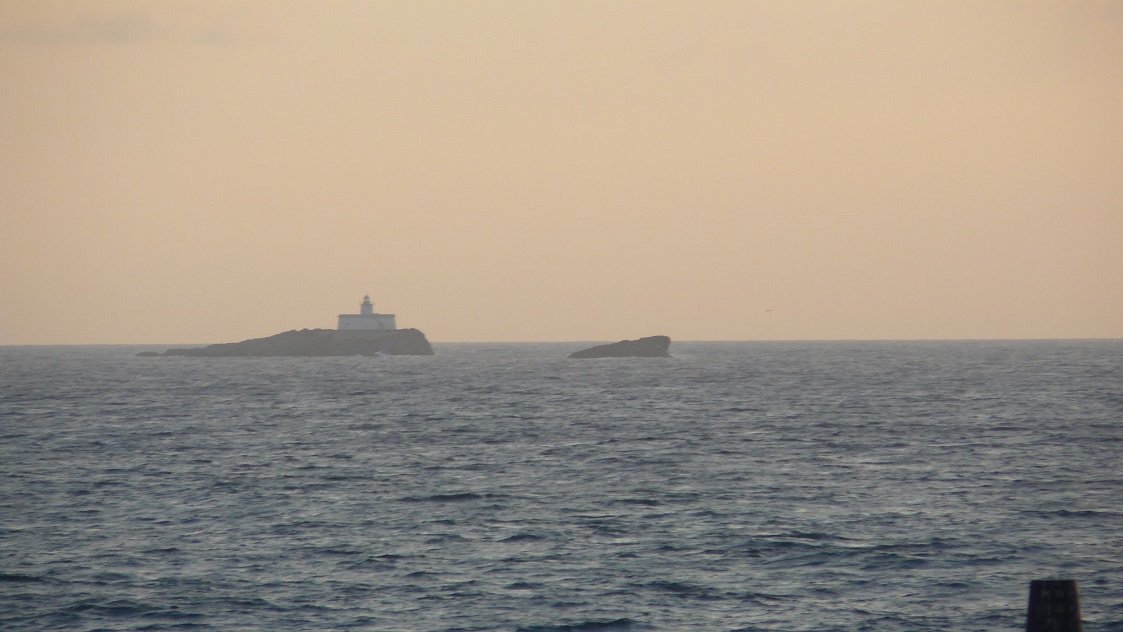 Islas Hormigas in Murcia (more specifically in La Manga) form an indispensable part of one of the most outstanding marine environments in the Mediterranean: Cabo de Palos and Islas Hormigas Marine Reserve. This is a highly protected natural marine area covering a total of 19 square kilometres.

The waters around Islas Hormigas are considered the best in Europe for scuba diving, thanks to their underwater grasslands of oceanic posidonia and its beautiful rocky coral beds.

Islas Hormigas is actually a group of islets situated in crystal-clear waters, below which lies a surprising sea bed that deserves to be seen close-up.

You will also love the Isla Hormigas lighthouse, seen as one of the most emblematic on the Murcian coast.

Islas Hormigas in Cabo de Palos are also part of the area around the Costa Cálida in the Mediterranean Sea. 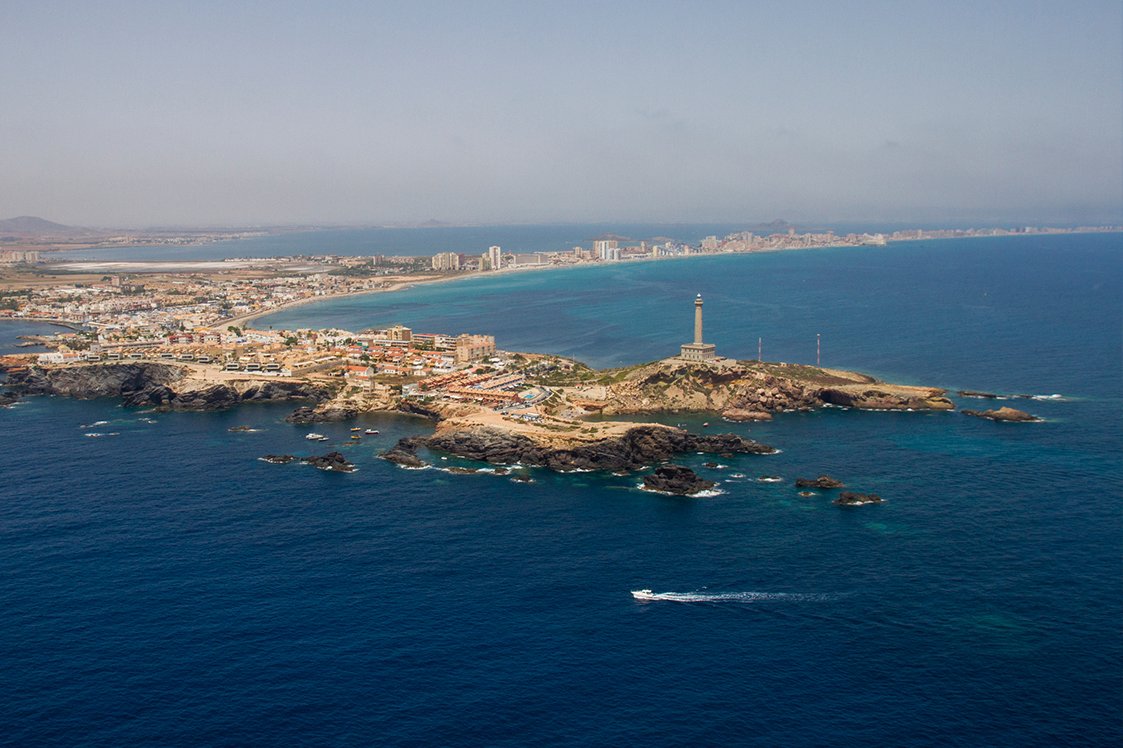 El Farallón is the island of La Manga situated more towards the far east end of the Murcian coast.

A neighbouring island of Isla Grosa, the area between them forms an extraordinary channel of 600 metres and the pointed form of the island’s volcanic relief is clearly visible even from a considerable distance.

Geologically speaking, it is a volcanic formation that is gradually being altered by the sea. Due to erosion, the islet of El Farallón has formed the highly distinctive natural arch that gives the island its unique and beautiful appearance.

As in the case of Isla Grosa in San Javier, the islet of El Farallón is a geological world heritage site. Both islands form a magnificent protected area with their own unique biodiversity, that attracts thousands of scuba diving and snorkelling fans from around the world to these marine wonders.

The biological uniqueness of El Farallón and Isla Grosa is also an indispensable, highly representative part of Spain’s geology, which makes these islands another worthwhile visit on the Costa Cálida.

Now that the weather is getting warmer, if you’re planning to stay at Hotel Servigroup Galúa or Hotel Servigroup La Zenia in Orihuela Costa, a visit to the islands of La Manga in the Mediterranean Sea would be an unforgettable experience.

Want to tell us all about it on social media?