Indie music returns to the Low Festival of Benidorm

The month of June has already arrived, and for sure you will start to feel that progressive dose of adrenaline, which each year as summer approaches, begins to make a presence in each one of us. As the good weather starts stalking us, live music is part of the essence of summer in the town of Benidorm. Therefore, if you have not done it yet, we encourage you to not waste time and get your tickets, because the Low Festival 2018 in Benidorm is just around the corner.

This indie musical festival returns to the Guillermo Amor stadium on the xt 27th, 28th and 29th of July, to present the most classic bands, as well as the youngest and most promising of the national and international scene.

Unbelievable as it is, this is the 10th year that Low has been making your summers something special. For this reason, the festival is celebrated in style. What better way to do it, than to do it with great bands?

It is your annual meeting with music, as always in an authentic and especially healthy cultural environment, in which the relaxation areas and the most varied gastronomic offers never cease to be present. For this reason, each month of July, Benidorm invites you to spend three days of its extraordinary fusion of lights and sound, as always putting before you the greatest representatives of the most alternative pop-rock of the moment. 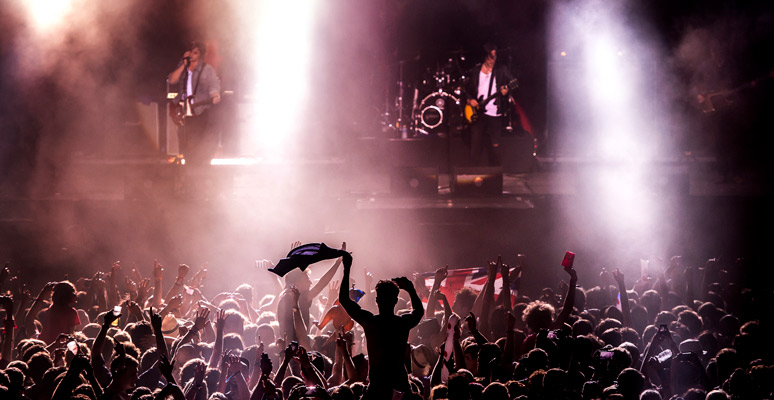 Last year, Low shined with great and classic groups as unique, as the Pixies, Franz Ferdinand, Fangoria, La Casa Azul (The Blue House) and The Hives. This year 2018, has a forecast of up to 80,000 available seats, will do so again with an irresistible offer that will be made official at the Welcome Party, an event that takes place every year on the Levante beach.

The Line-up for the Low Festival 2018 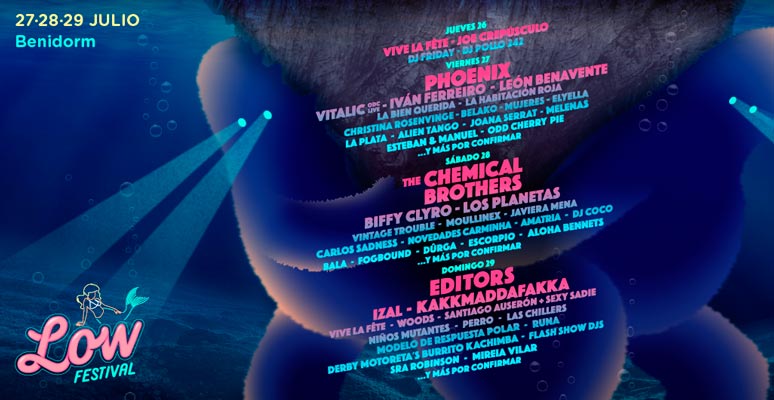 For 2018, Low has an unbeatable line up, although, complicated, after last year having highlighted some great bands. But the organizers did not want to be left behind and have signed none other than The Chemical Brothers to headline the new Low 2018 line up. But you can also enjoy two very well-known emblematic European bands, the Phoenix, and Editors.

The most charismatic duo from Manchester will visit the Football ground, Guillermo Amor in July, and present to us, both, their most recent successes, as well as those classics that have marked their history as a band throughout almost three decades.

In this way, Ed Simons and Tom Rowland will defiantly become the big stars of the Low Festival Benidorm this year.

The Chemical Brothers began their journey in 1991, calling themselves The Dust Brothers, a name that they were forced to change because there is an American band with the same name.

But they soon took over a new genre, known as the Big beat, Joining other legendary electronic music bands such as Fatboy Slim and Prodigy.

It was in 1995 when The Chemicals published their first album, which they called Exit Planet Dust, a disc that reached one million copies and that went around the world. In this album they emphasized the song Alive alone, interpreted in collaboration with the artist Beth Orton.

Then came other big hits, such as Dig your own Hole, I think I'm in love, as well as the unforgettable Hey boy hey girl.

Over the years, The Chemical Brothers have become true leaders of electronic music, and they will prove it once again at the end of next month at the Low Festival 2018. 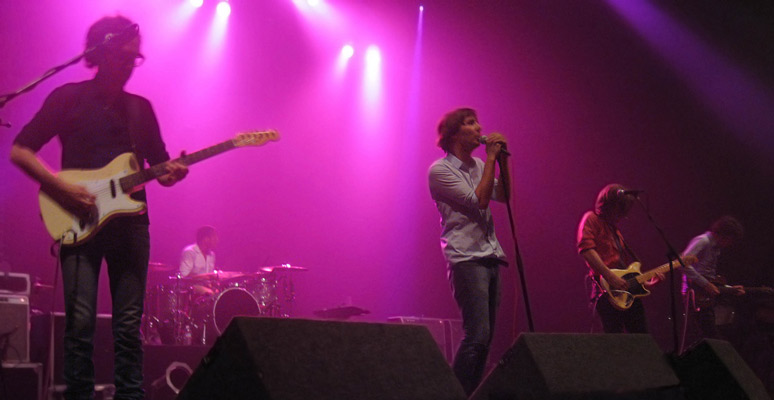 The French band Phoenix will make you tremble big time with their great themes in this edition of Low 2018.

This quartet led by Thomas Mars is among the most prestigious alternative bands in Europe.

Although their origins go back to 1995, it was practically at the end of the last century when the underground music began to permeate the most demanding public. With impressive international tours, and their presence in the most prestigious festivals in the world, made Phoenix one of the most respected and loved Indie groups in Europe.

Between their more emblematic subjects, you will hear Too young, from the acclaimed film by Sofia Coppola; Lost in Translation; Everything is everything; and Run run run.

Their definitive world-wide recognition arrived in 2009, when they released 1901, from the album Wolfgang Amadeus Phoenix. It was from that moment when they begin to have a presence in the American media, also appearing in television shows like that of Jimmy Fallon, and then obtaining their Grammy as the best alternative music album.

Their last album was released in 2017 with the name Ti Amo, whose songs, along with the most legendary of the band, will be performed before tens of thousands of people next July. 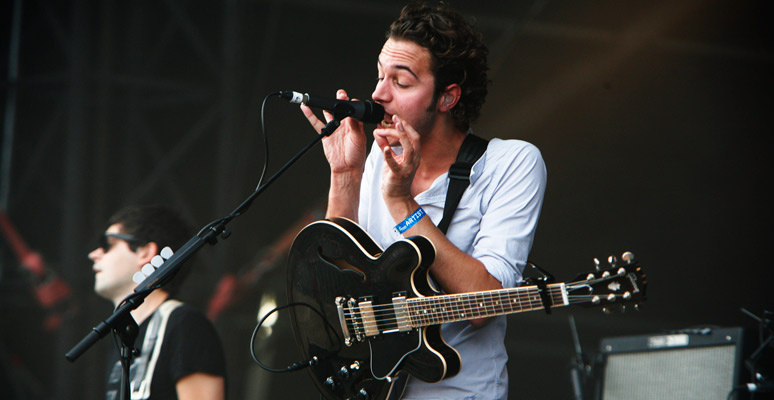 British band Editors are already veterans at the Low Festival, back in 2014 they caused a great sensation before the public with their most well-known themes, and with a force that has always characterized them

Four years later, and after releasing a new album onto the market which they have baptized “Violence”, the quintet returns to the small city of skyscrapers to present their new songs.

Known first as The Pride, and later as Snowfield, in 2004 they decided to change their name again when they signed for one of the most outstanding record labels in the British music market.

They started timidly with limited editions but received excellent reviews. Thus, little by little they made their way into the British market, and then eventually across the pond.

They also caused a real furor at the Benicassim Festival, as well as the Coachella Music and Arts Festival and the Glastonbury Festival.

Then came real successes like Papillon, You don’t know love and The Sting. If you are going to be at the Low Festival on the 27th, 28th and 29th, don’t forget to watch them closely. They are a real show.

The best national bands at the Low Festival 2018 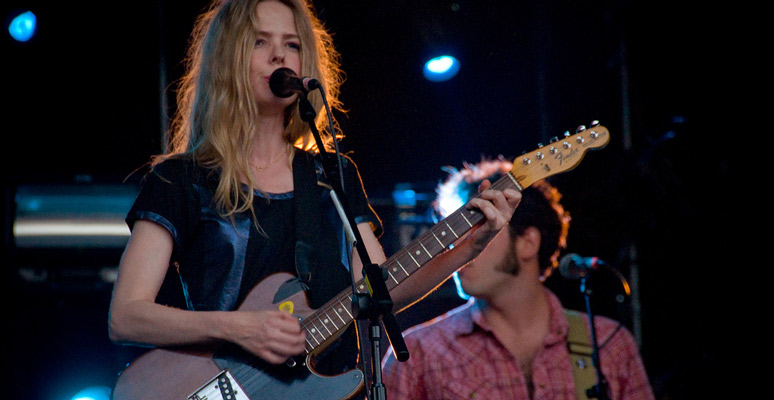 You can also enjoy a prominent presence of artists and pop-rock groups, both veterans, and other newer bands. All of them will perform on the stages of the Low festival during the days 27th, 28th and 29th of July.

The legendary Planetas, the multi-faceted Christina Rosenvinge, the charismatic Ivan Ferreiro and the unmatched Santiago Auserón, are confirmed for this year’s Low in which they will share a line-up with such outstanding figures as Javier Mena, La Plata, Niños Mutantes, Sra Robinson, Vitalic OCD Live, Leon Benavente, Biffy Clyro, Woods and Sexy Sadie, among the confirmed, and still pending to ensure their attendance, at the great Indie festival. 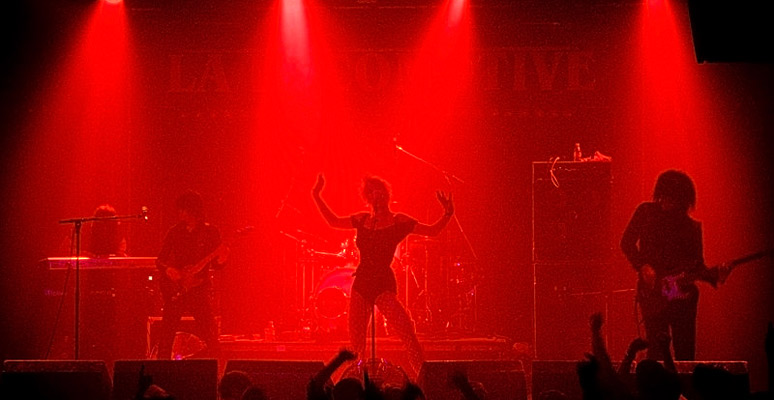 This will be on Thursday July 26th, when Low 2018 will present itself, on the Levante beach, a Welcome Party, which as every year, is dedicated to introducing to, not only the residents of Benidorm but tourists who are spending their holidays in Benidorm, a preview of what will be in the new edition of the festival.

On this occasion, Viva la Féte and Joe Crepúsculo, who along with DJ Friday and Pollo 242, will perform for us and inaugurate this year’s Low just to give us a taste of what is to come, just in case you are still undecided. 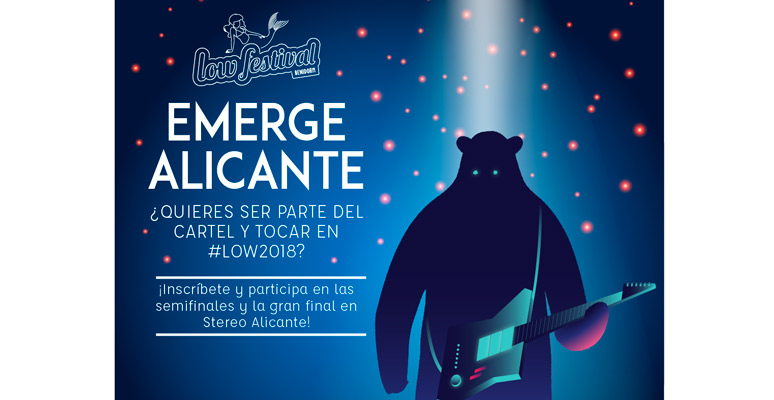 As usual, Low offers young bands from Alicante who want a kick start in the world of music, the opportunity to make themselves known at the festival. In this way, emerging artists will be able to fulfill their dream, and share a billboard with the greatest, national and international musicians.

The great final of the Alicante Emerge, was held on June 2nd, so the winning group will rise to the great stage of Low 2018 in July, as if it were a famous band. Isn’t that exciting? 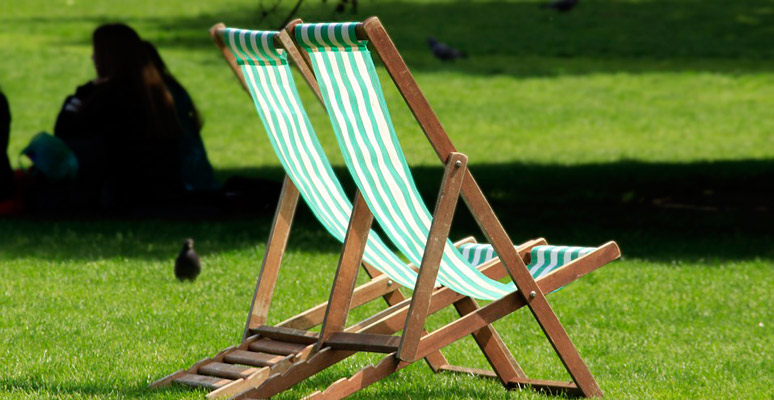 Since the appearance on stage of the different groups will be constant throughout the three days of the festival, the Low every year thinks of you, and puts at your disposal, comfortable relaxation areas, where you can chill at any time of the day. Why not make fun compatible with rest? That's what the organizers of the Low festival have been offering for the last decade, especially as there are times when the body needs to rest from so much partying and concerts. Therefore, among the 30,000 square meters of lawn that the sports centre puts at your disposal, you can relax whenever you want, and re-charge your batteries to continue with the biggest musical show in Benidorm.

But you can also distract yourself with the typical food trucks that is a must where festivals go, the venue offers you an original and varied gastronomic faire. What better way, to regain strength between one concert and another?

It is also worth mentioning the interesting proposals that the festival lays before you each year, hand in hand with the big-name brands, and of course, the interesting and fun contests in which you can participate in and be a protagonist.

The VIP area at the Low Festival 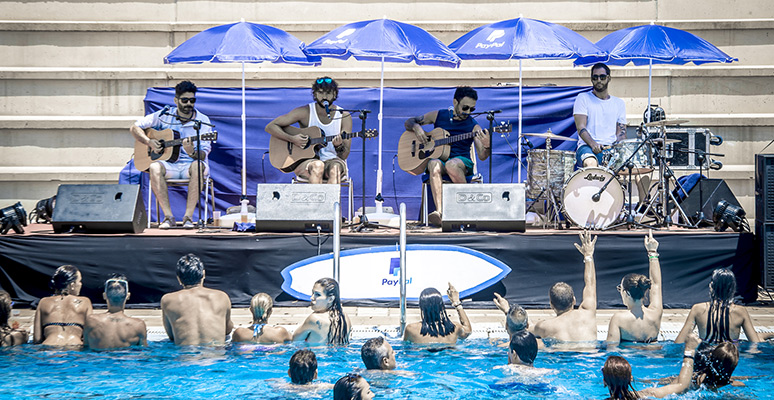 If you are one of those who always sign up for the VIP Pool area of the Low Festival, the pool will be available for you to enjoy a mix of music and bathing sessions on these hot summer days, as they are at the end of July.

With this option, you can count on the VIP bars, in which queues are much smaller, and also have free beer.

But if enjoying your favorite groups from the water is not part of your preferences, you also have the opportunity to live big and in the most exclusive way, those performances from the most privileged stands, through the simple VIP subscription.

If this is your option, you will also have access to the site by a faster lane, special outdoor relaxation furniture and a more exclusive gourmet area (conditions also available to subscribers of the VIP Pool option).

How to get to Low 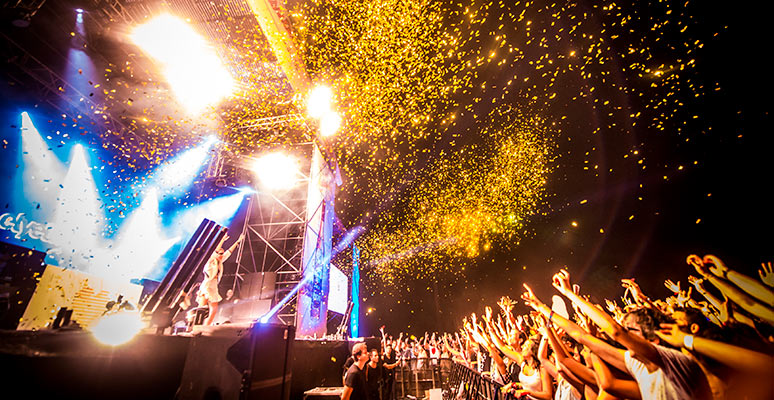 If you have your reservation, for the month of July for those dates, in any of our 9 hotels in Benidorm, there are regular bus lines that will leave you a few meters from the sports centre, just before the TRAM (TRAIN) station.

If your idea is to go to the Low by car, the festival puts at your disposal a very large parking area, both next to the sports center and its surroundings.

You have no excuses. Go one way or another, we will be waiting for you in our Servigroup hotels, where we will give you the information you need regarding the festival and how to get to the biggest show of the year. 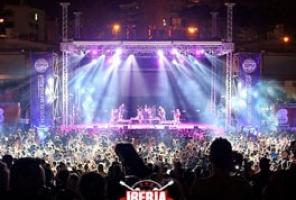