Hoteles Servigroup participated from October 11th to 12th in the first edition of the "Salons des Grands Voyages" tourist fair in Paris, which was held at the Louvre Museum.

Servigroup attended, with a work table, inside the stand of La Maison de la Montagne to specifically promote the Hotel Diplomatic **** Superior in Benidorm (Alicante), the Hotel Montíboli ***** of Villajoyosa (Alicante) and the Marina Playa Hotel, **** in Mojácar (Almería). 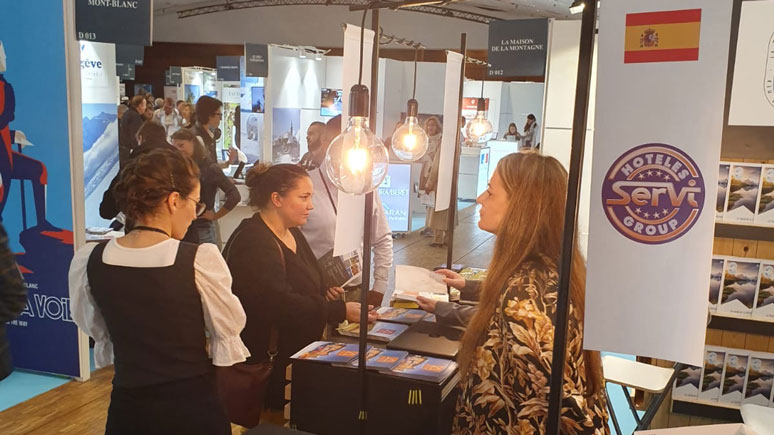 It is a fair that specializes in luxury, for example, winter skiing, and diversity and exclusivity. Therefore, Servigroup Hotels attended the event with its five-star hotel Montíboli, located in a privileged area, perched on top of a cliff, between two beaches, which offers great detail in its facilities and the services it offers, making this establishment a unique hotel to enjoy an unforgettable experience.

On the other hand, the Hotel Diplomatic in Benidorm was displayed, in addition to the climate and the beaches of the tourism capital of the Costa Blanca, there is the attraction of hiking activities, as Benidorm is surrounded by an amphitheater of mountains, becoming an ideal destination for lovers of this sport with routes as attractive as the one that runs through the Sierra de Aitana or the ascent to Puig Campana. 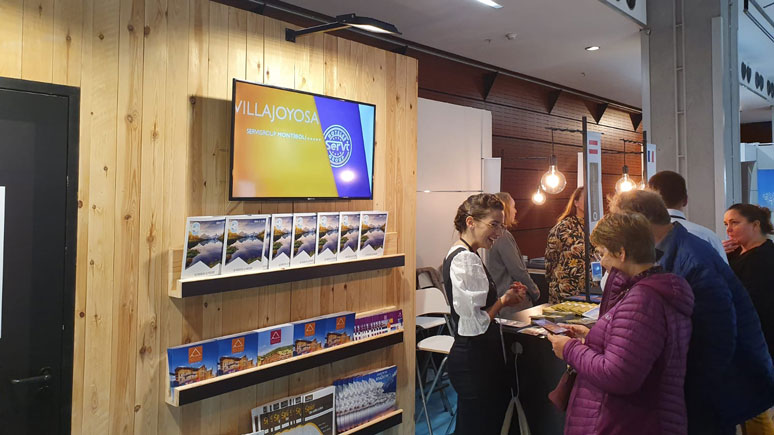 Finally, the Hotel Marina Playa in Mojácar was promoted as a complementary offer to the attractions of this tourist destination of the Costa Almeria, with its cycling routes as a different element. The climate and the surrounding roads, little traveled and with beautiful routes that run both by mountain and sea, adapted to different degrees of difficulty, are a great asset in attracting cyclists and the cycling professionals to this establishment.

Although it was the first edition of this tourist fair, it is expected to make an important return, since its unbeatable location, in the Louvre Museum, obtained a large influx of public.