What animal am I in the Chinese horoscope? Hung Yi brings the Far East to Benidorm

If Benidorm wasn't already a place that exudes atmosphere and energy, the Taiwanese artist Hung Yi has revolutionized the urban scene of the city with a colossal outdoor exhibition that will not leave anyone indifferent due to its explosion of colour.

14 monumental animal-themed sculptures that after landing on the streets of San Francisco, Washington DC, New York, Tokyo, Shanghai and Valencia have reached our beloved capital of the Costa Blanca to the delight of everyone who visits us in search of the sun and sea during the spring. 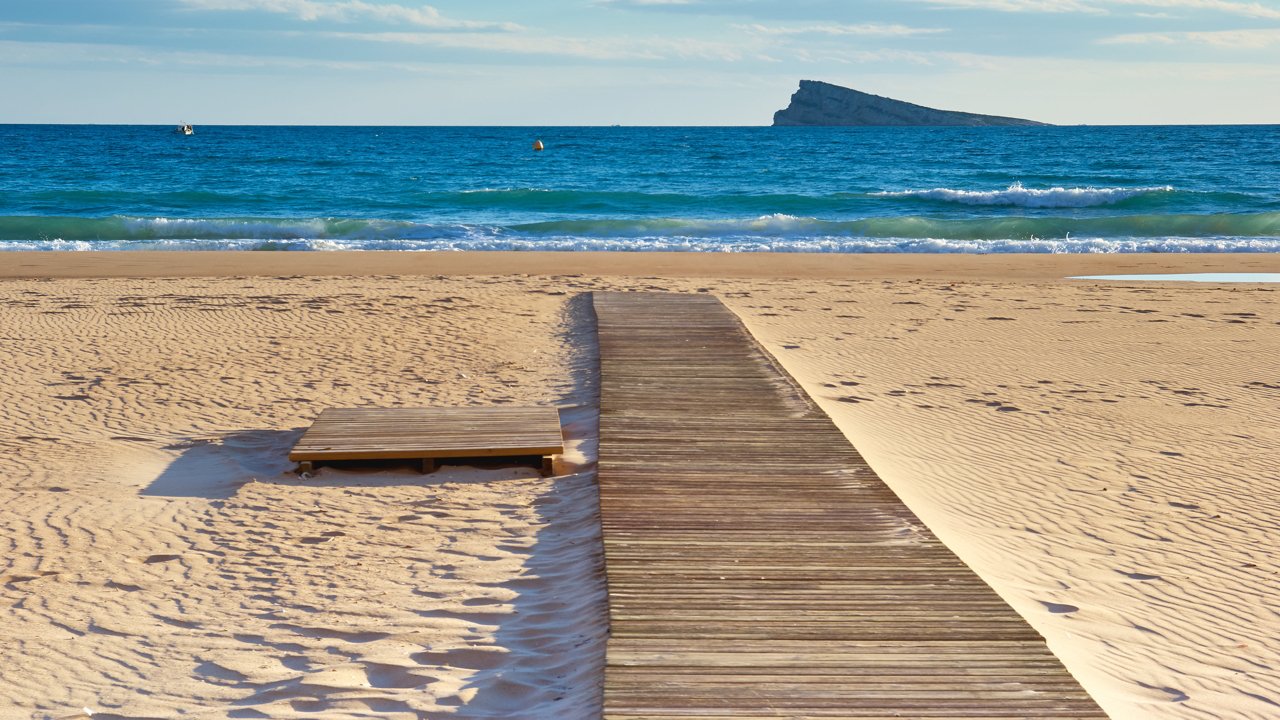 The exhibition called "Galaxy Hung" can be enjoyed until July 12th in the most central streets of Benidorm. His sculptures are distributed between the Plaza de la Hispanidad, Calle Gambo, Avenida del Mediterraneo and the Plaza de Sus Majestades los Reyes de España, next to the Town Hall.

The animals, inspired by Taiwanese culture and lavishly decorated with traditional motifs and patterns of everyday life in this country, are related to the Chinese horoscope and the celebration of the New Year, in which an animal is associated with each new year and There is a belief that all those born in that period will share the common traits of the species that represents them. But in the style of Taiwan!

Do you want to know what your Chinese horoscope animal is? Come to Benidorm and photograph yourself with them!

2021 is your year! So, they are celebrating. The ox represents good sense, tranquillity and prudence, considering themselves people who have their feet on the ground and who are realistic and practical. This leads them to settle for little, to be happy with their achievements and to feel proud of their way of being.

But beware! This overzealousness can lead to isolation, as they tend to enjoy individualism. In family or in society they usually adopt the role of protector, but establishing a certain distance from other. It will be these others who break the ice! 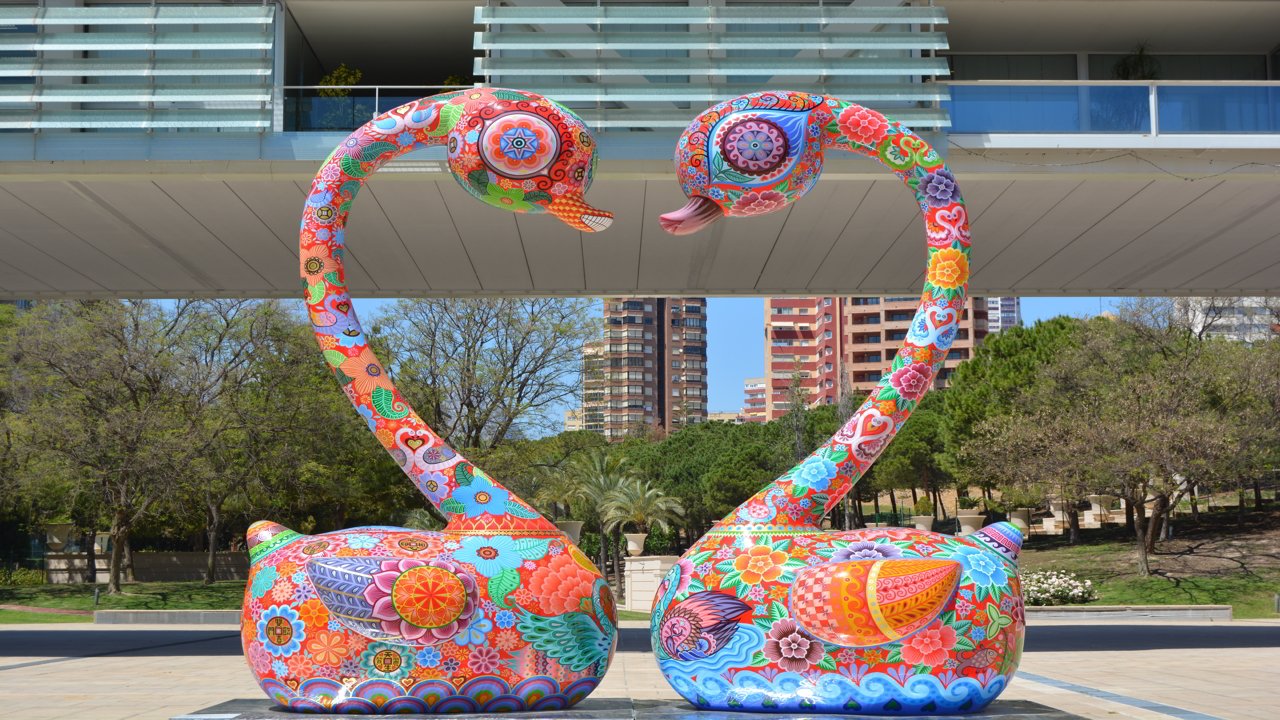 Any resemblance to these vile rodents might seem undesirable, but instead, people born in the year of the rat are viewed in Eastern culture as cunning and sagacious, loaded with ambition and with a good nose for business. In addition, they describe themselves as hardworking, intelligent and with leadership skills.

Of course, not all that glitters is gold, and it is often said that to achieve their goals they tend to use bad arts, revealing their elusive and deceitful character. 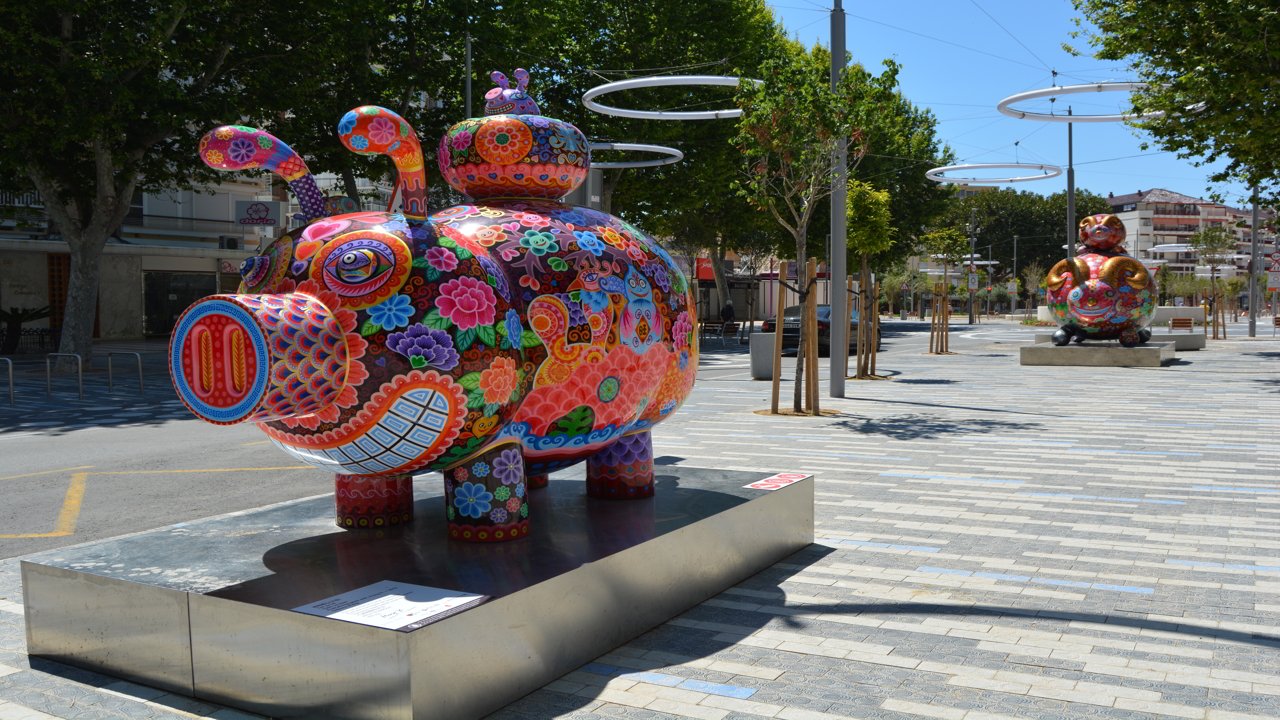 They waste energy and vitality and are always looking for new adventures. According to Chinese culture, they are considered enthusiastic, fast, passionate and who never give up in the face of adversity. If something is proposed, they will chase it until they get it, just like the tiger with its prey. Whatever happens.

Their weakness lies in revenge and resentment. They do not forgive, and if you fail them, it will not be an easy task to return to normality in your relationship. Loyalty is imperative for them. 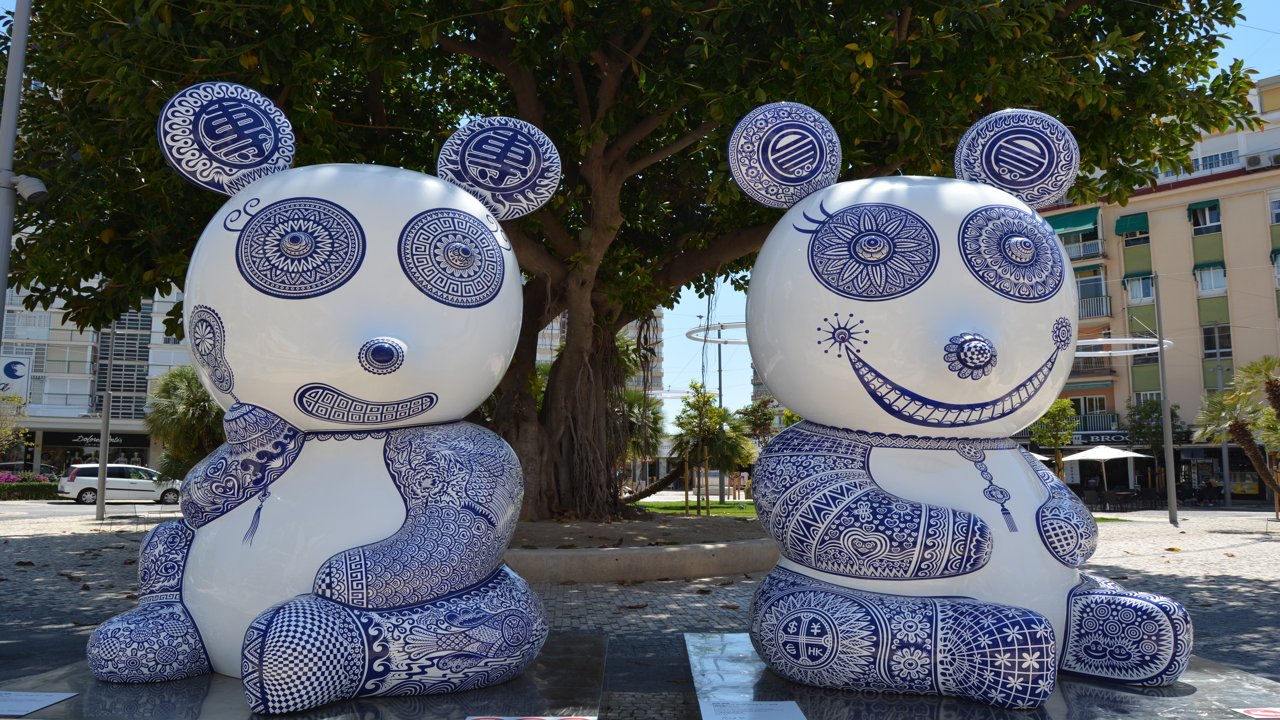 Those born in the year of the rabbit are considered shy and sensitive people who feel more comfortable in the privacy of the home and away from the spotlight or playing leading roles. They usually go unnoticed, but with their good behaviour they meet their objectives, little by little and on their own.

In the face of adversity, these people tend to get smaller and tend to avoid or feel defeated before their time. Cheer up! With will, everything can be achieved. 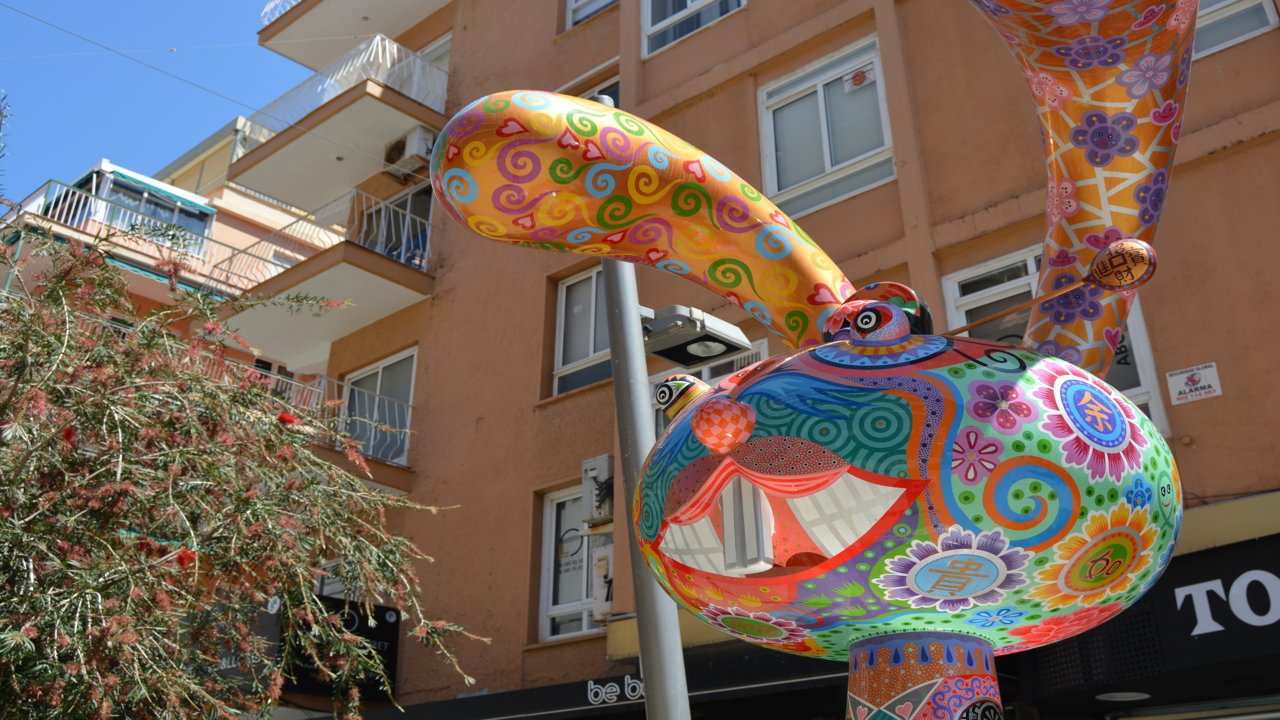 The dragon represents royalty and is the symbol of the Emperor of China, so it is said that all those born under its influence do so with luck on their side. According to tradition, they are people full of strength and vitality, capable of accumulating energy to such an extent that they have the facility to explode and lose their temper. They are pure temperament.

They tend to use all that emotion in different aspects of their life such as love or work, enthusiastically facing each new beginning. Of course, when something doesn’t go right for them ... Be careful! 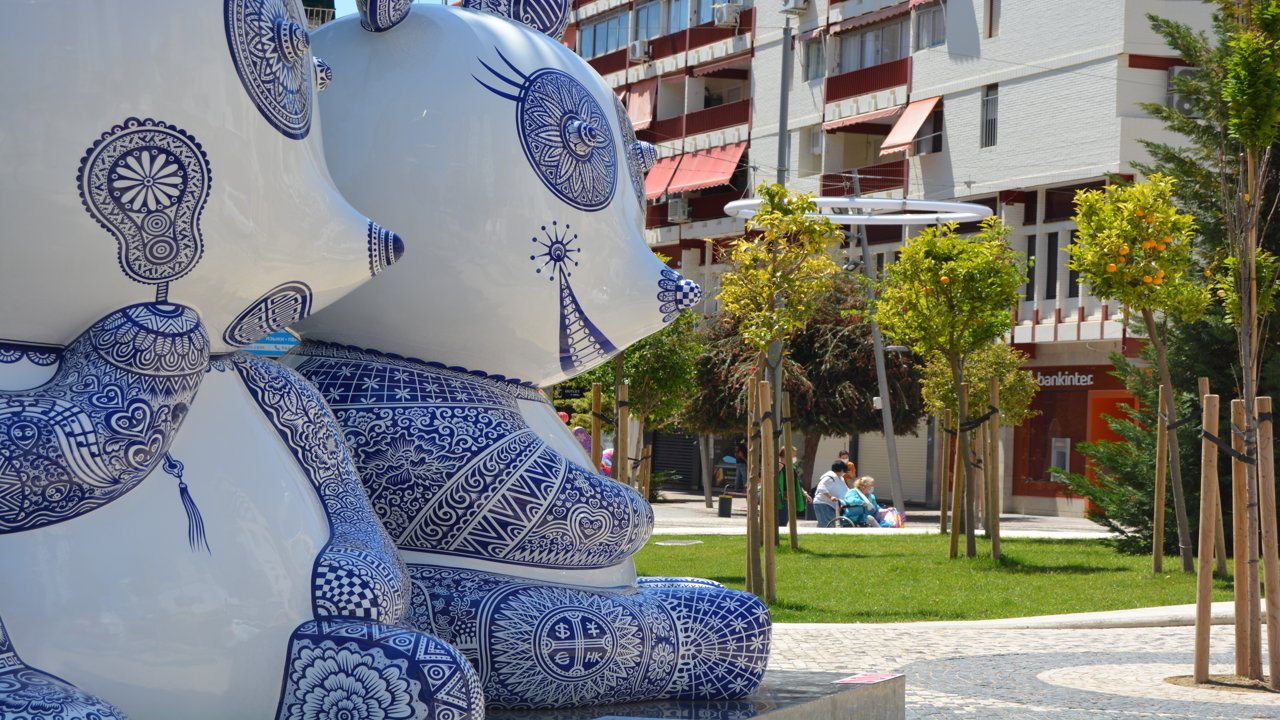 In western culture, the snake is an animal that always suggests negative connotations, but nothing could be further from the truth. In the East they have it clear, the people represented by this animal know what they want and, what is more important, they know how to get it.

Talkers by nature and with sibylline charm, these people are considered capable of twisting any will and emerging victorious from any negotiation. Serpents full of power! 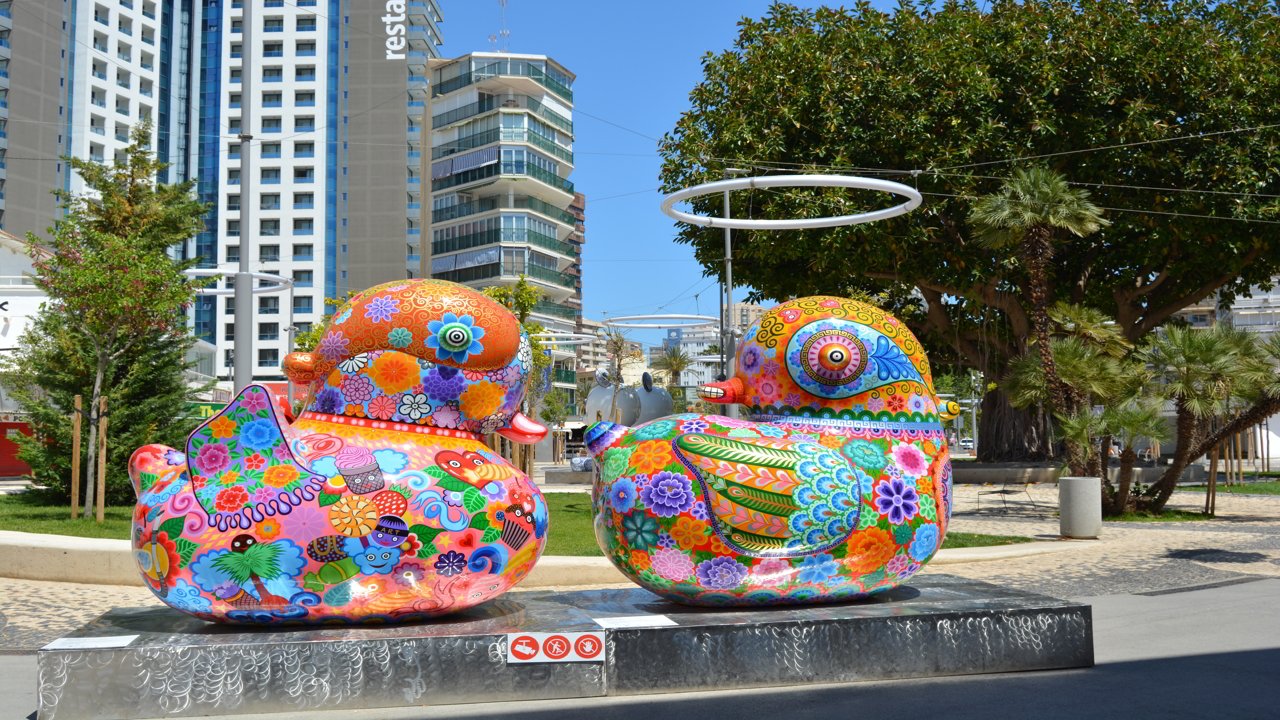 In Chinese culture, the horse symbolizes wealth, triumph, and victory. Nothing very different from what it might suggest in this part of the world where the horse has also always had an important cultural mark.

People born in these years are characterized by their open and sociable character and with a good spirit for work.

Among their weaknesses is the lack of patience and individualism that can affect these restless people and be their Achilles heel when it comes to reaching their goals. 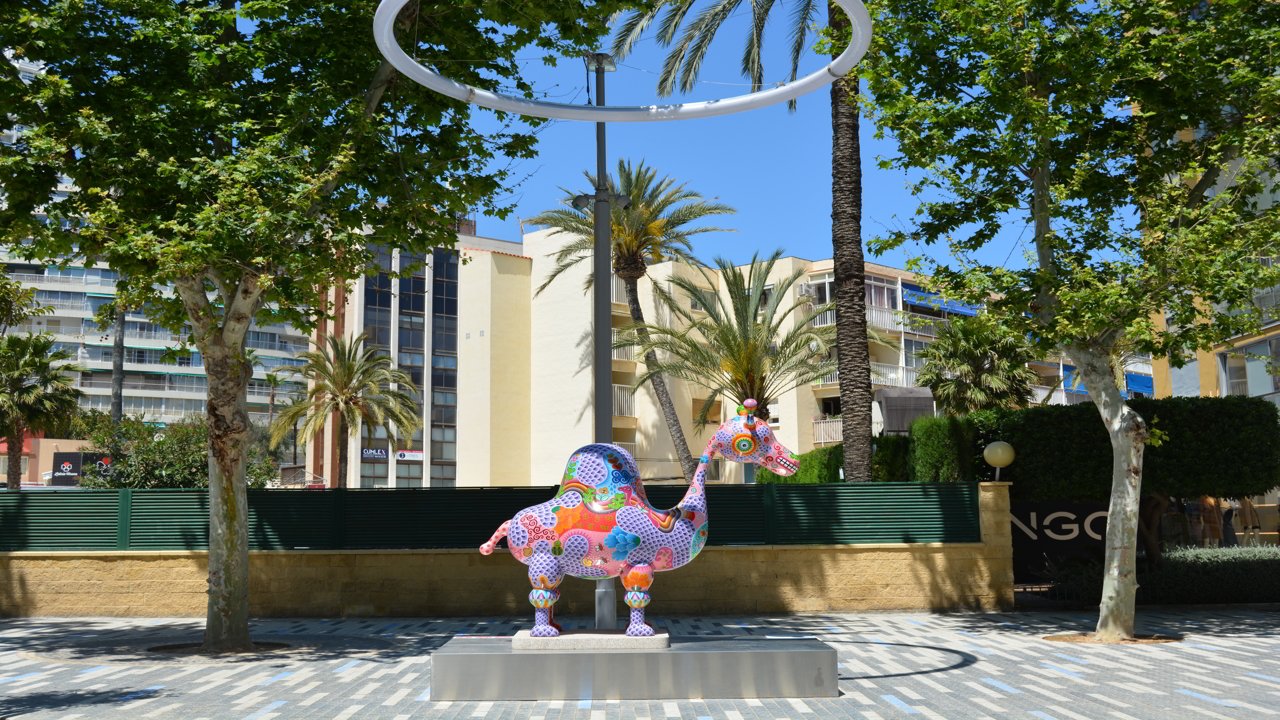 Honest and sincere. People born with the sign of the goat have no evil and are characterized by enormous humility, so living with them is very easy and pleasant.

According to tradition, they do not seek material wealth and choose to live from their dreams, valuing the small details of life. Although perhaps it is because they believe they are unable to achieve it, and it is that pessimism is considered another of the characteristics of these people. 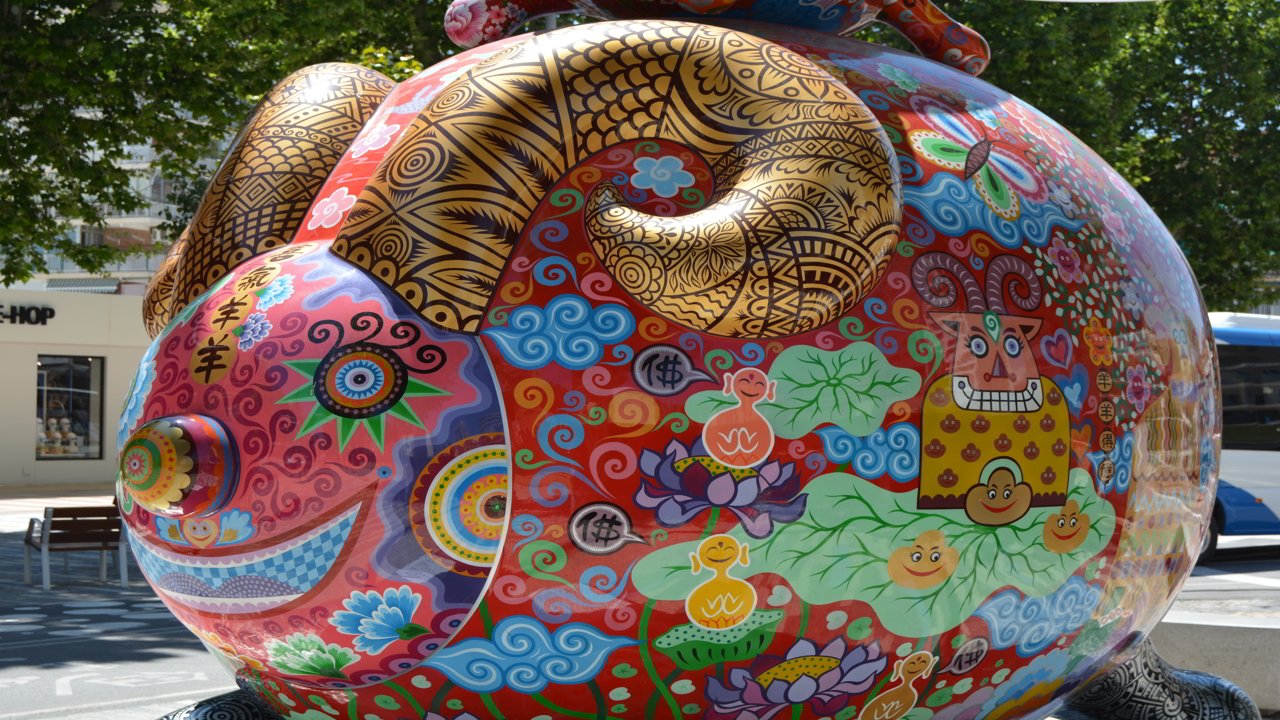 This animal, the closest to a human being, brings together the best of us combined with the best of the animal kingdom. These people are considered to be daring and carefree, but also resourceful and endowed with an agile and alert mind, to always make the best of every situation.

Their social and romantic relationships are usually very intense and even conflictive, but they are the hazards of the job of always being the protagonist. Always in shape due to their overwhelming vital activity, they have to pay attention not to get carried away by excesses. Living life to the full! 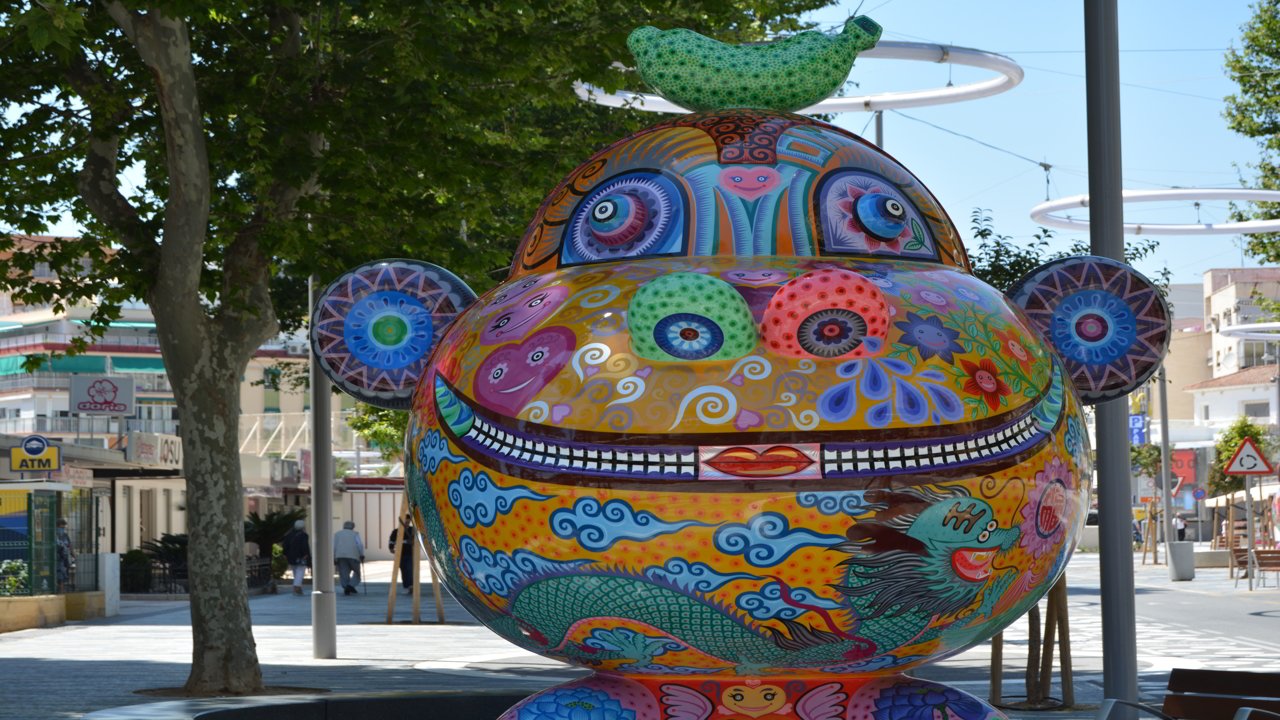 They raise passions. People born in the Rooster Years are credited with enormous power, influence and seduction for their overwhelming appeal. They do not need to sing at dawn, simply displaying their natural charm is enough, everyone falls at their feet.

As a negative trait, stubbornness stands out. Obstinate to the point of saying enough is enough, it is considered difficult to change their minds, even if the evidence is not on their side. Seeing is believing! 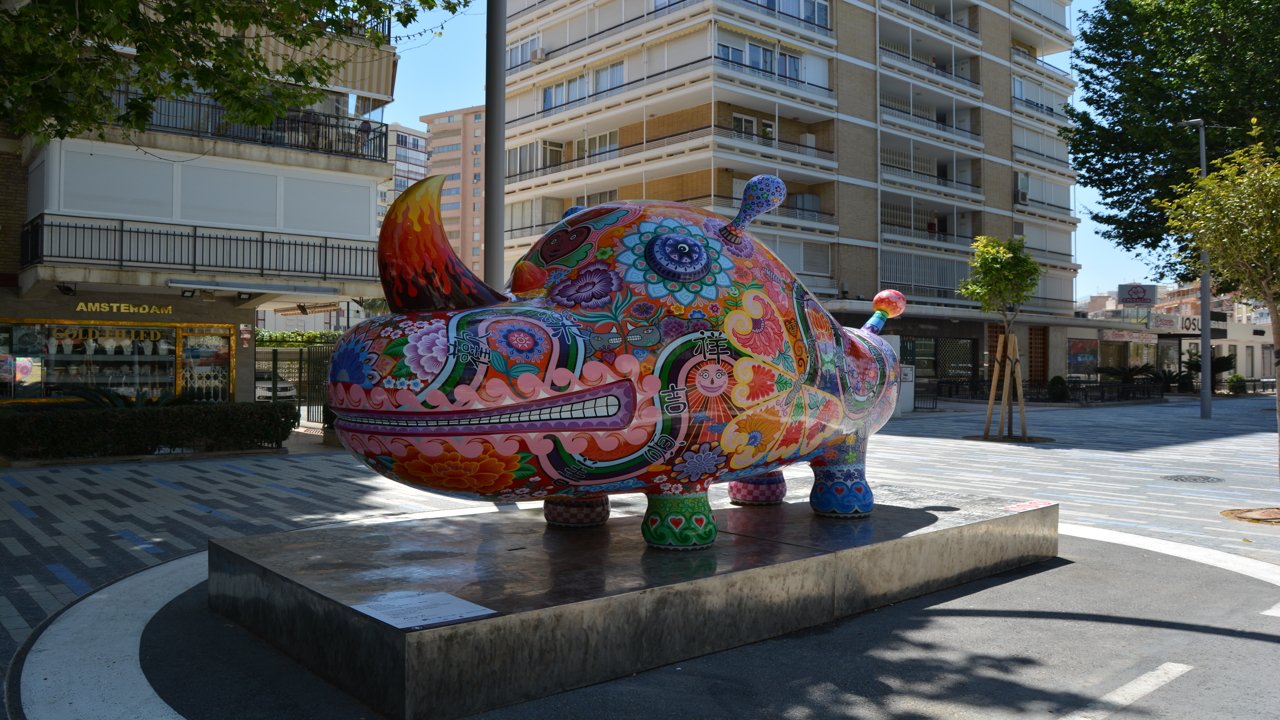 Man's Best Friend. The dog is related to trust and loyalty, so people born with this animal can be trusted, indeed, they should be trusted. Or so the oriental tradition dictates. They are honest and diligent people who value what is fair and do not conceive betrayal among their attributes.

Be careful with your nerves. These people are usually jealous of their own, both materially and personally, so sometimes patience is necessary to deal with them. In the end, we are all somewhat dogs at one time or another. 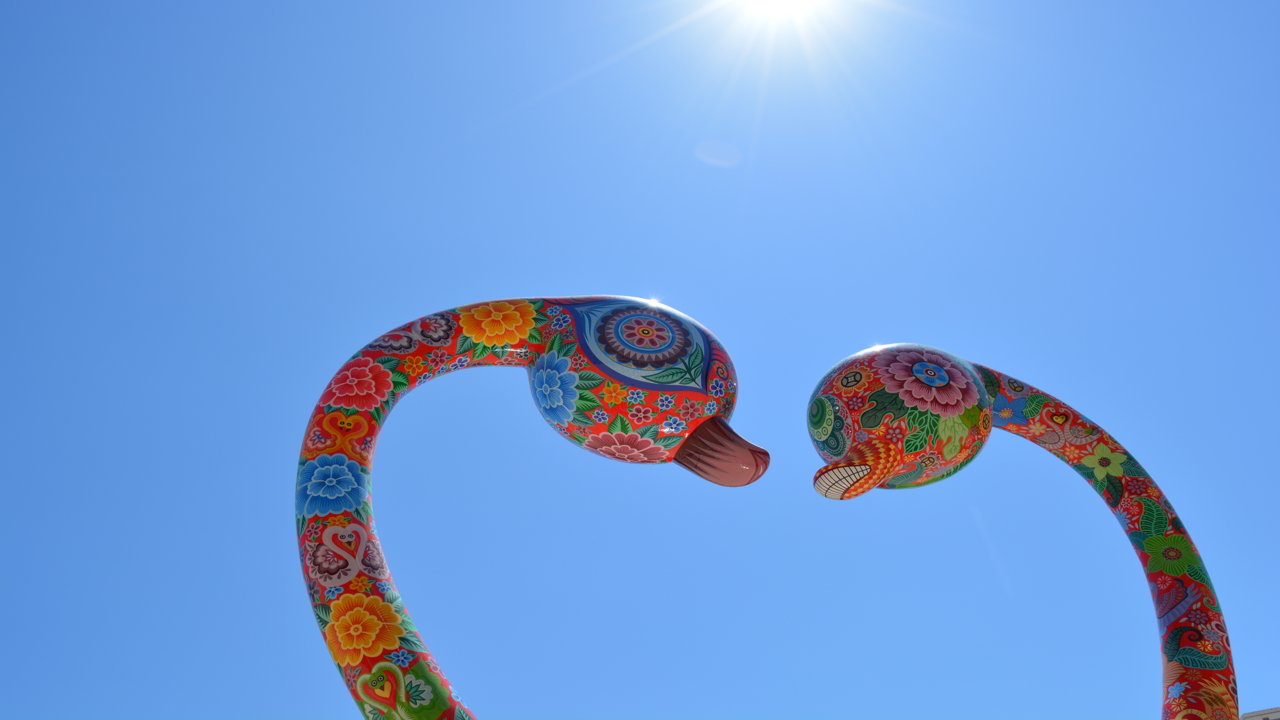 Perhaps a priori it may seem one of the most undesirable animals in this eastern zodiac. But, on the contrary, people born these years are considered to be enthusiastic, intelligent and detailed. Their strong point is management and they know how to manage what they have at hand to maximize the best result. They know how to surround themselves well.

However, their biggest flaw is that they can be very gullible and overconfident in people who at first glance underestimate them and try to dominate them. Something that, as soon as they try, it falls back on them. They will not have the best packaging, but their greatest asset is inside. 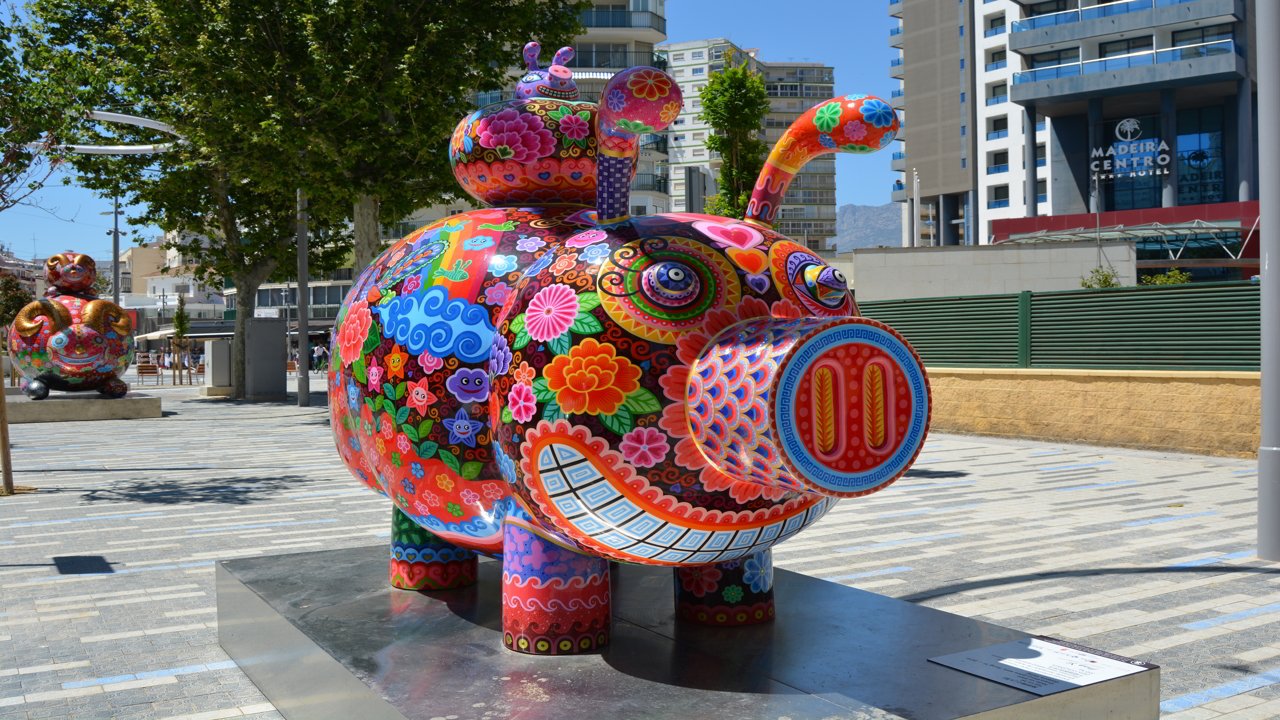 Now you know what your animal sign is in the Chinese horoscope, so choose your hotel in Benidorm and don't let anything stop you from discovering these spectacular sculptures and taking home a memory forever in the form of a photograph. Remember! Only until July 12th. 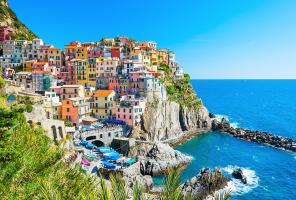 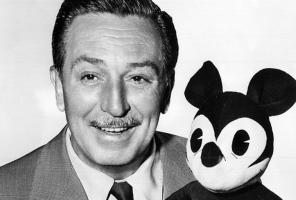 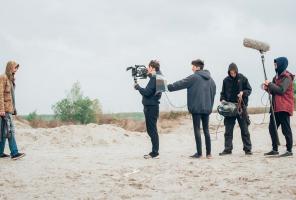