On Sunday, April 7th, on the Poniente Beach in Benidorm, the new facilities for Beach Volleyball were inaugurated, from which Benidorm can now counts on.

For this event, this ideal setting held the celebration of the first Open Servigroup Beach Volleyball, which attracted up to a hundred top level athletes to Benidorm, the new courts will now be available and ready to host the activities and competitions of the Beach Volleyball Club Poniente Benidorm.

The complex, with six courts, was previously tested in March by the local teams and the MYA-NHH of Bergen, Norway, and with this first Open Servigroup Beach Volley, will get fully introduced as a link tournament between the winter and summer seasons. 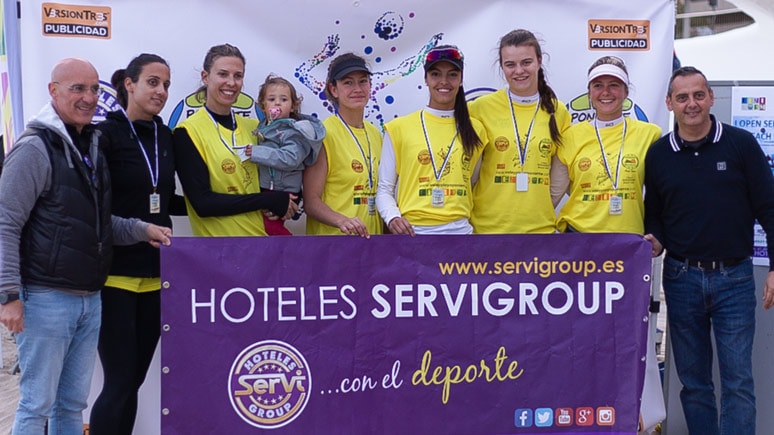 Real proof of this, is the participation of athletes from Galicia, Catalonia and Asturias, who have found in Benidorm the ideal moment to change the cycle of the circuit and participate in this competition which includes important prizes.

Among the athletes, one of the highlights was the participation of Francisco Javier Bosma (silver in Athens 2004) who was paired with Raúl Mesa (Olympics in Beijing 2008).

The final objectives of this test are to create a brand and become a reference in the transition between seasons of Beach Volleyball. 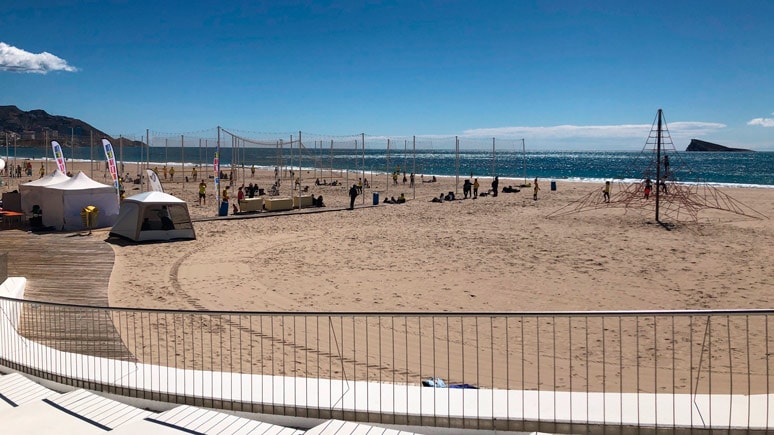 Hotels Servigroup brings its name to this event and is involved in this significant sporting activity in the summer and in which it sponsors the Beach Volleyball Club of Benidorm, with 73 players enrolled, in 19 teams of four categories to compete in federated tournaments and competitions local and national. The main thing of this sponsorship is that the club maintains the summer school that this year will exceed the 300 children from the last edition, of up to 10 nationalities - that will be attended by a cast of five coaches and eight monitors of the club itself, using the installations of the Poniente Beach for more than 7 hours a day of Voley, whose culmination will be the Beach Volleyball Festival "Hijos de Pedro Alós", at the end of August, where up to six categories, more than 150 athletes will join the great Benidorm exhibition of Beach Volleyball. 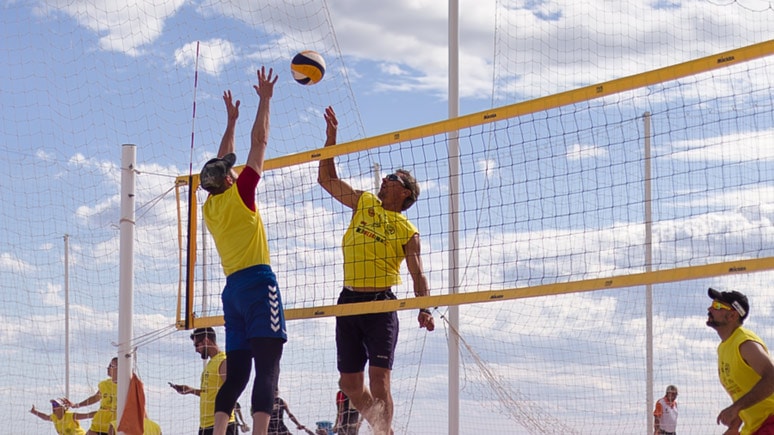