With the new season of beach volleyball upon us, Hoteles Servigroup renews its support for the Beach Volleyball Club of Benidorm for the second consecutive year as its main sponsor. 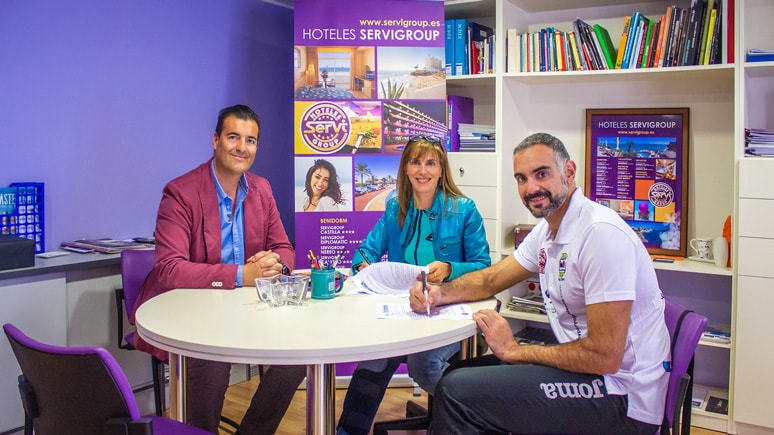 The collaboration agreement was signed by the director of Corporate Image for the hotel chain, Natalia Caballé and the president of the club, the Olympic and world champion Raúl Mesa. The club was created in 2013 and has a great track record. It is composed of 300 people but reaches 500 players in the summer, with 73 players federated in 19 teams of four categories, these will compete in various categories regional, national and international competitions in the different federated tournaments, while the senior team will play the FIVB World Tour, the great Beach Volleyball World circuit.

From the 15th of May to the 30th of August, the beach volleyball club will focus its activity on its renovated installations at the Poniente Beach in Benidorm, with a first class infrastructure that has 8 playing courts and a sports initiation school, improvement and competition that this year will bring together more than 300 children of up to ten different nationalities. In fact, it is the club, that contributes the most teams to regional competitions federated in categories of minors. 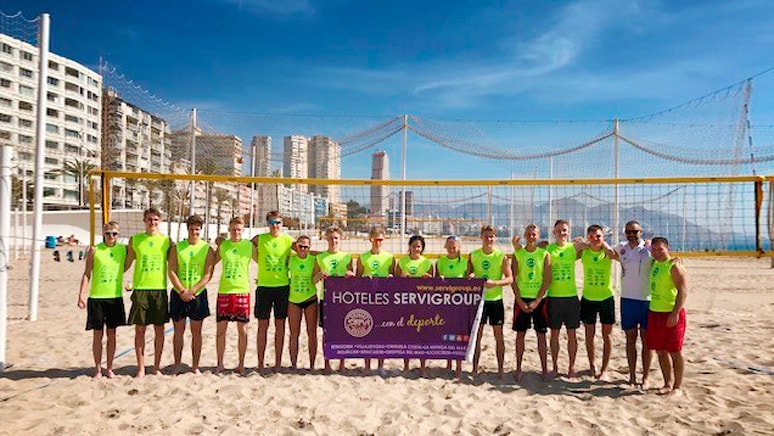 Also, at the end of this month (March), the club will hold a level 1 coaches’ course. The technical part, which will be held in the hotel that Servigroup have on the Poniente Beach, the Hotel Torre Dorada. Also, on April 7th the inauguration of the new facilities of the club on the Poniente Beach will be held, for the first tournament of the season, approved for the RFEVB and sponsored by Servigroup. Currently Poniente Beach at the moment has six volleyball courts with perimeter safety nets, the last two will be inaugurated during the April 7th tournament.

The team has 5 coaches and 8 monitors who provide intensive training with more than 7 hours a day of volleyball every summer, with the aim of turning their young students into future members of the top competition teams. In winter, the senior team joins the Beach Volleyball Winter Circuit. 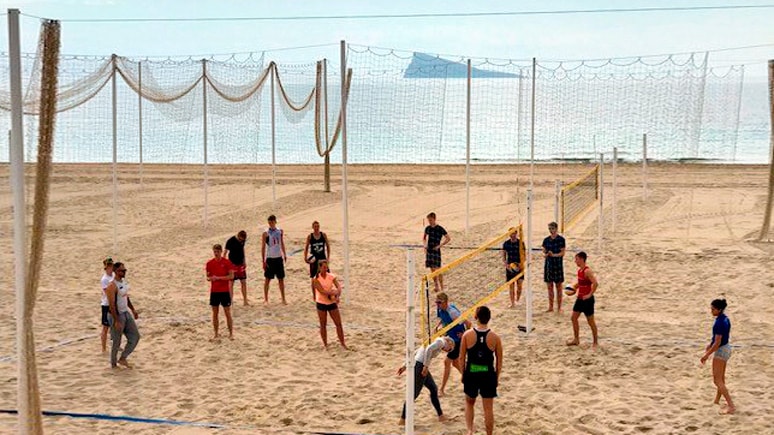 The hotel entity remains faithful to its commitment, in supporting local sport, both elite and amateur, and has been recognized on several occasions through sports awards granted by both the Town of Benidorm and other agencies. The club was also recognized at the beginning of this year during the VII Sports Gala with 9 athletes awarded in their different categories for their achievements during the previous season such as Patricia Madaleno, Henar Martinez, Martin Mora, Julian Lopez, Agustin Calabuig and Juanfran González, and the coaches Rafael González, Frank Alós and Rafael Madaleno.

Since this year is a pre-Olympic year, the international teams will finalize their preparation for the Tokyo 2020 Olympic Games, and need the meteorological conditions that the town of Benidorm offers them, so the presence of senior, male and female teams is expected, from the following countries: Poland, Austria, Belarus, Germany, Sweden, Norway, England, Morocco and Spain.

It is also common to find young Norwegians in the facilities at the Poniente Beach Club during their training, since the entity has agreements with different sports schools, such as the School of Economics of Bergen (MYA-NHH, Norway), through its plans of studies and sports. 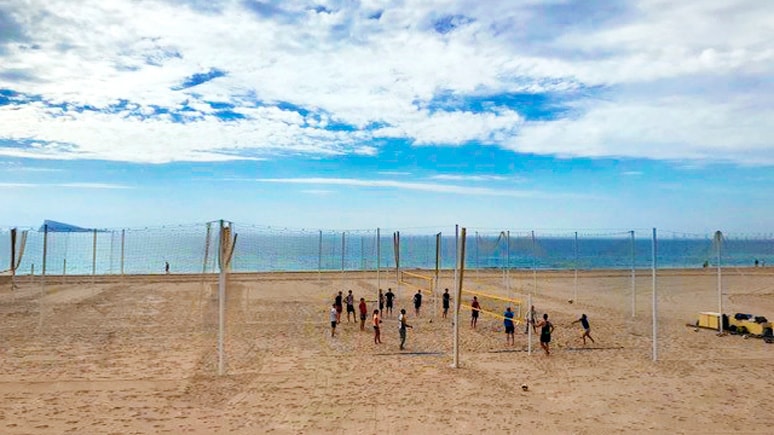 The trophy cabinet of the club has 5 medals in championships in Spain, and various medals as champions and runners-up in Spain in the categories of female and male juniors and male and female under-19.