Servigroup will sponsor 15 sports teams and competitions this season

Servigroup Hotels was born more than fifty years ago in the town of Benidorm and since then, it has carried the essence of this Mediterranean corner impregnated in its DNA. Due to the open and friendly manner that characterizes these special people, its inhabitants have become the perfect hosts, and they share numerous aspects of their day-to-day life and their personality with the visitors who enjoy coming to the city every year. Amongst them those who love sports.

And it is, that sport, is without a doubt, one of those milestones that mark the lives of those who live in places like Benidorm, Mojácar or Peñíscola, where the fantastic climate and the sun make the practice of any sporting discipline, throughout the year, a real pleasure. Do you know about the facilities for athletes in our hotels? 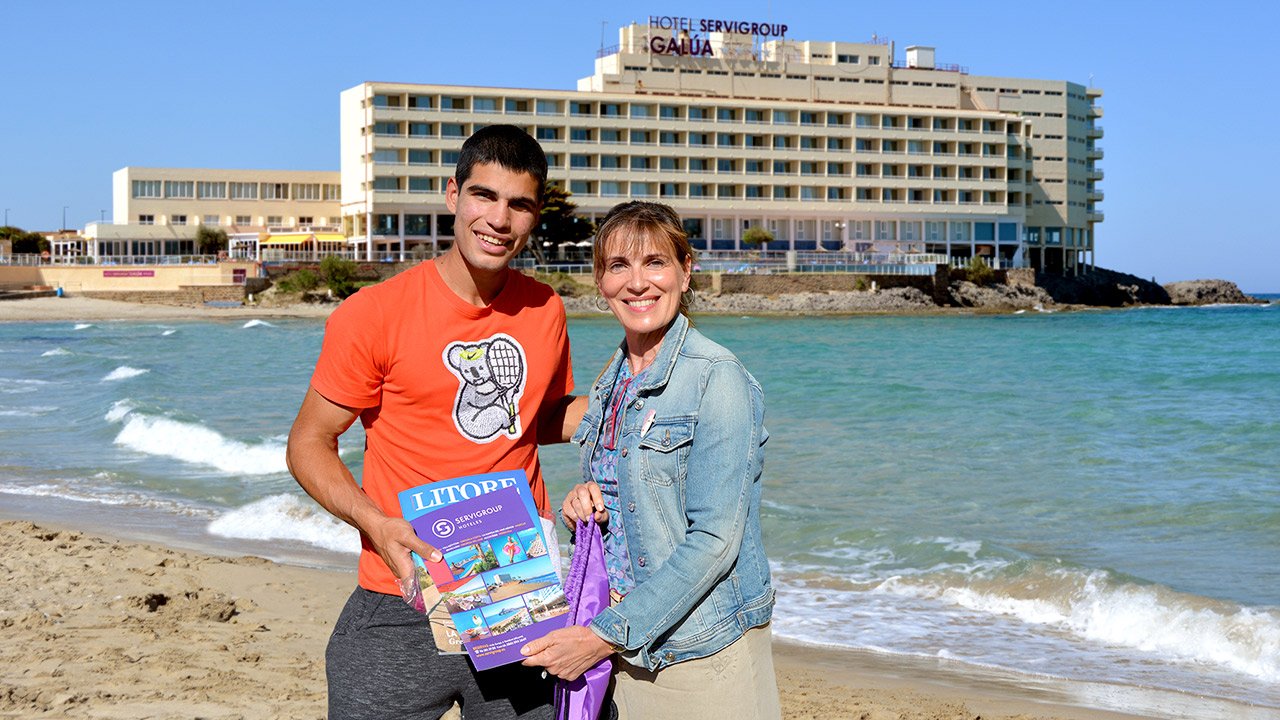 Sport is part of our Mediterranean identity.

But Servigroup's involvement with sport goes further. Almost 40 years ago, the passion of the remembered director of the Hotel Orange, Mr. Toni Villanueva, for basketball involved Servigroup Hotels in the growth of the Benidorm Basketball Club almost from its foundation. At that time, this sport hardly had any place to practice in the town and the support of our company was vital for it to gain momentum. Sport is a backbone for a society, as a meeting point, especially for the youngest. How could we not be there?

Over the years, Servigroup Hotels has been interested in those teams and sports that have required our support in the towns where new establishments have been opened: Benidorm, Villajoyosa, Oropesa del Mar, Mojacar, Peniscola, Alcoceber... reinforcing the feeling of community in our destinations, where the group's hotels are fully integrated. Since the year 2000, Servigroup's investment in sports sponsorship more than three million and a half euros. Not an insignificant figure that is one more way of sharing with society part of the benefits that tourist activity generates in our land.

We are starting a new sports season with enthusiasm.

In this 2022/2023 season there will be 15 sports teams and competitions sponsored by Servigroup Hotels. We hope that this support will help them develop in the most splendid way possible and attract numerous athletes and the public to share their values of brotherhood by promoting the practice of sport in all its disciplines.

The Benidorm Basketball Club, is celebrating this year, its four decades of life. The club currently has 16 federated teams that bring together more than 200 male and female players directly and nearly another 100 in the area of the town's schools. It will always be a source of pride for us to have been part of its history from the beginning! 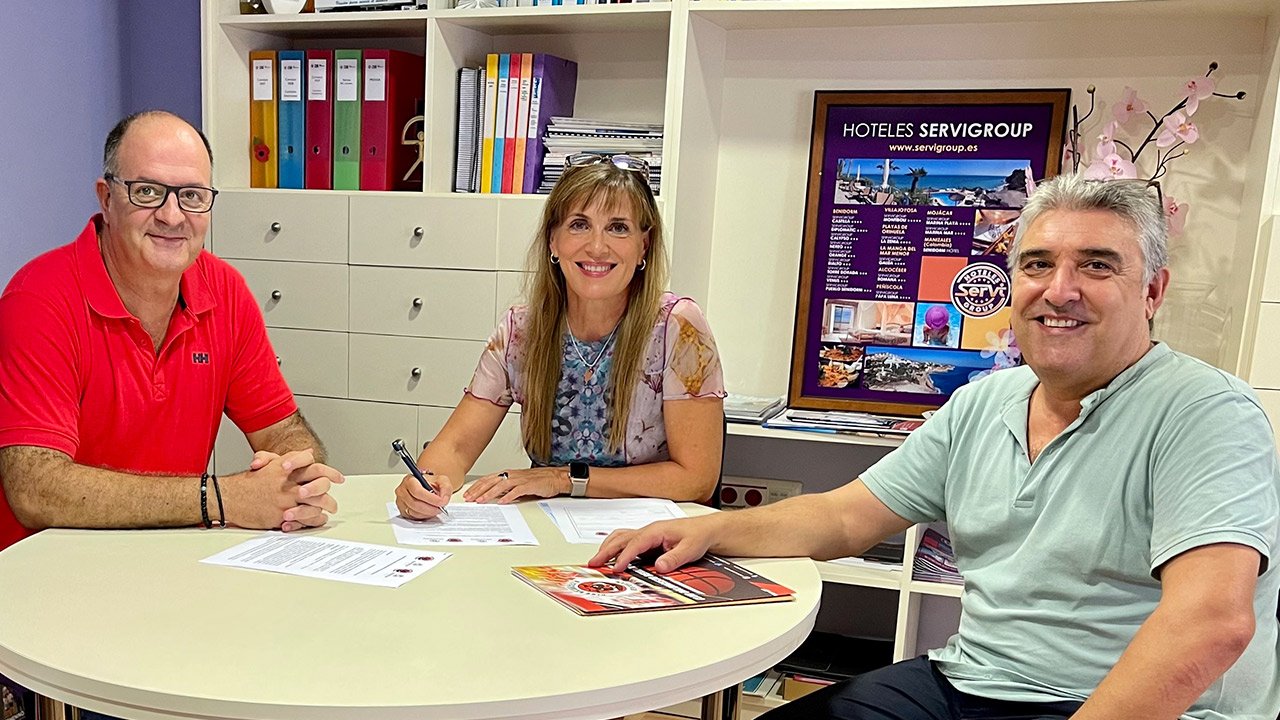 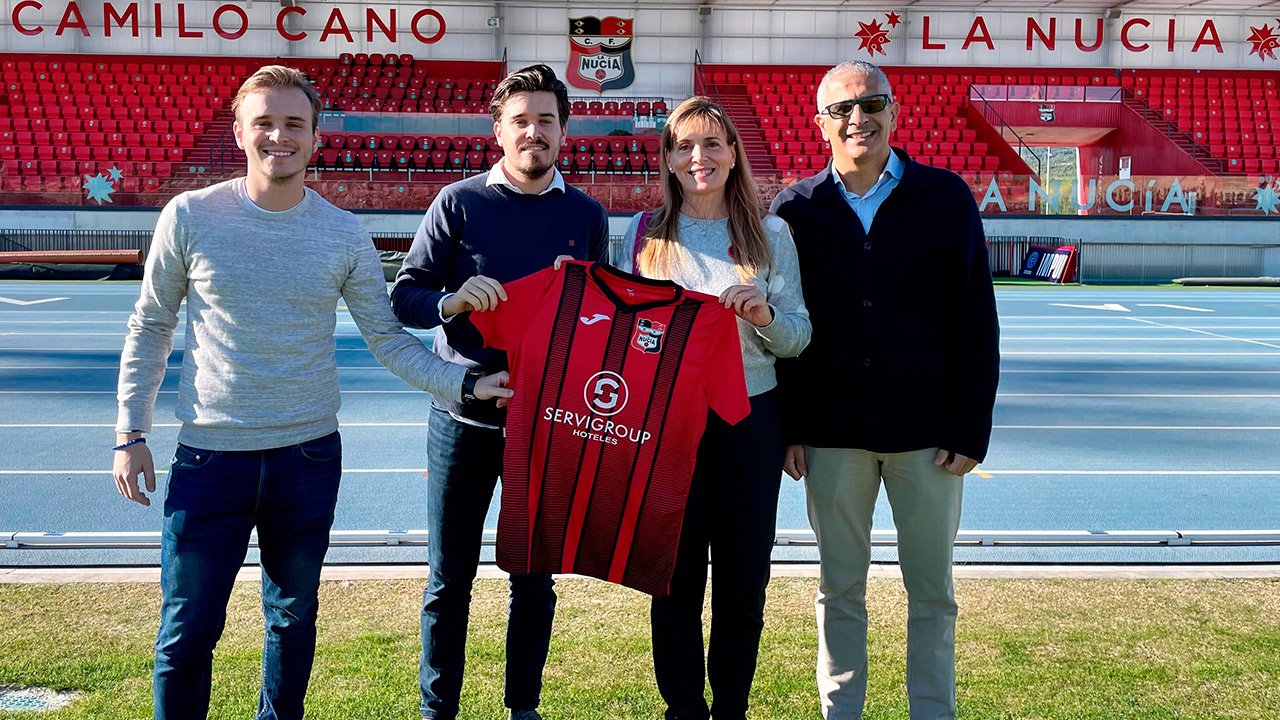 Handball is a sport that has been growing a lot in recent years in Benidorm and, of course, at Servigroup Hotels we will continue to be at the side of our beloved Benidorm Handball Club as we have been doing for more than 10 years. Although it was not formalized as an institution until 1996, the club has its roots several decades ago when in 1968 it began to take shape at the Lope de Vega International School in Benidorm, making it one of the oldest clubs in the town. Few could imagine that they would reach so far when in 2014 they were promoted to the Asobal League, the highest category of national handball! But it has! 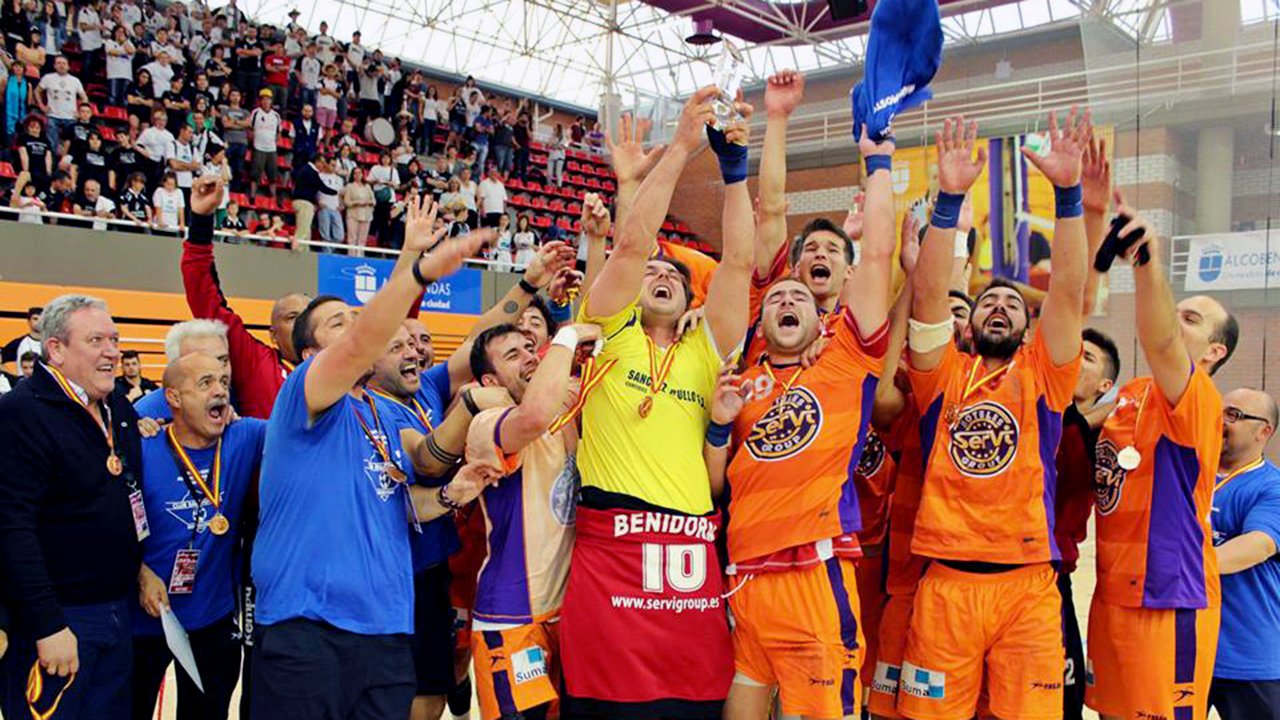 One of our favourite sports! Since 2016 we have collaborated in the organization of the Tennis Europe Sub 14 tournament "Juan Fuster Zaragoza" in Benidorm and this year will be no different. The competition, which is now in its 13th edition, is an ideal opportunity to enjoy the talent of young European tennis promises. Last year there were 130 players who came to compete in this event, which is included in the prestigious Tennis Europe Circuit, that brings together 50 countries. 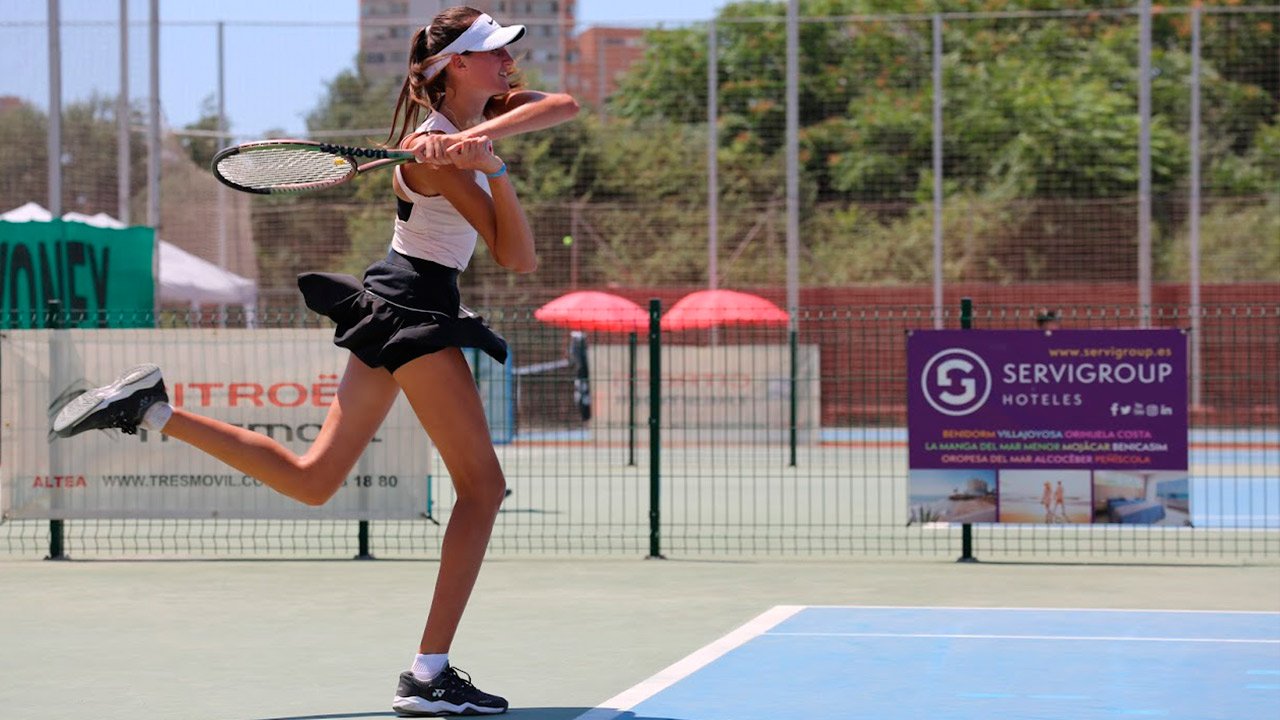 The most indigenous of our sports. It is practiced in different modalities in which two or more players make up two teams that face each other by throwing a ball with their bare hands or with light protections on a fronton called "trinquet" or in the middle of the street. At Servigroup we participate in the Alicante town of Sella by sponsoring the pelota tournament that has become one of the central events of the town's patron saint festivities every September. A true show not to be missed! 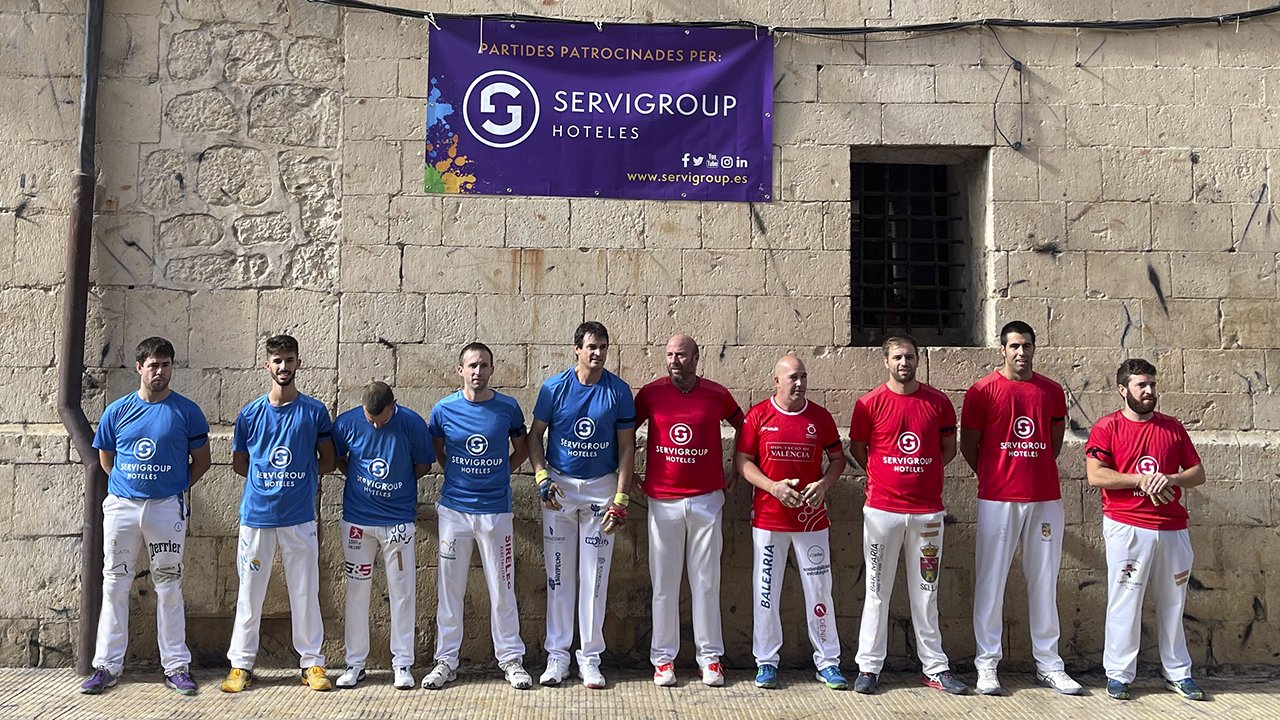 How could we not enjoy beach volleyball in a town like Benidorm? Throughout the year, the Beach Volleyball Club of Benidorm, directed by the Olympian Raúl Mesa, and the Beach Volleyball Club of Poniente have been able to bring this sport closer to all citizens by combining their elite teams with the encouragement of a promising academy that is already turning the town into a true benchmark for this sport.

Servigroup's work focuses on supporting the base teams in order to encourage boys and girls to develop in a sports environment, counting on the training, discipline and camaraderie that this entails. We will continue to grow together! 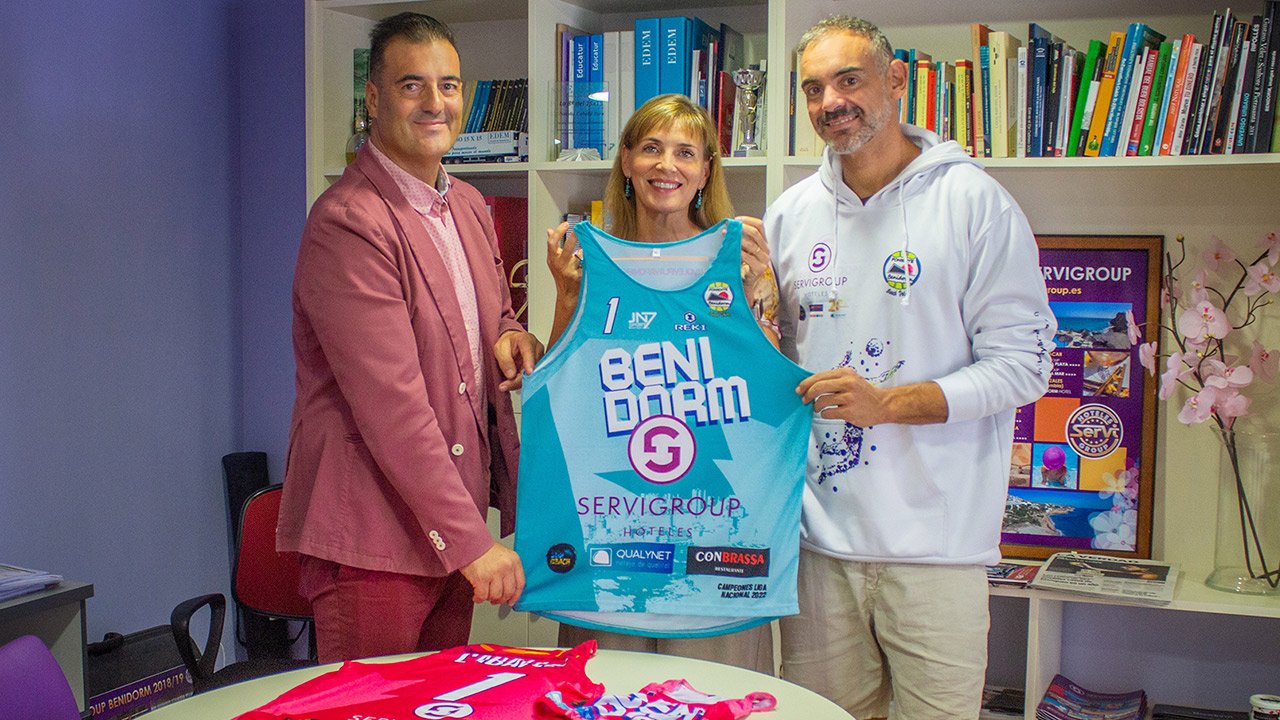 Finally, we can only encourage you to enjoy sport by practicing your favourite on a daily basis or during your holidays. Sport is synonymous with physical and mental health and on the Mediterranean coast we are experts in making the most of every second. Do you dare to start?