The Hotel Servigroup Nereo has once again witnessed another year of the ‘Poppy Appeal’ parade held in Benidorm, and whose official act took place very close to this hotel establishment, in the middle of l'Ametlla de Mar Avenue.

The Hotel Servigroup Nereo**** has had the honour of welcoming participants to this colourful parade organized by the Royal British Legion (RBL), who chose this quiet and pleasant four-star hotel, located just 250 meters away from Levante Beach and very close to the event. 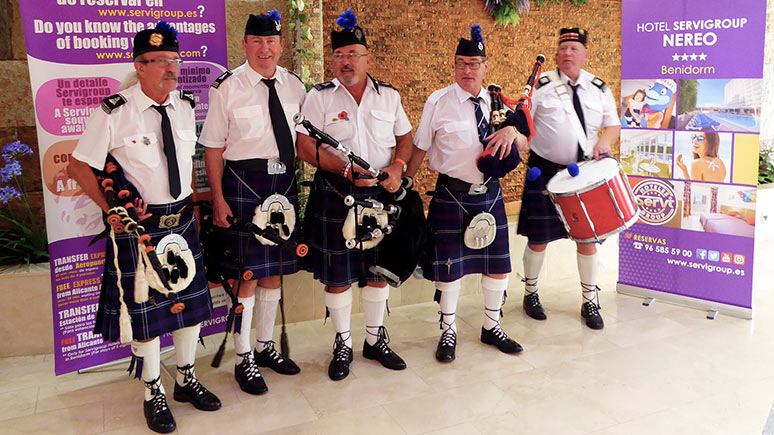 Benidorm joined in several years ago with the commemorations that are held throughout the world by the Royal British Legion with a parade which remember the sacrifices of British soldiers and civilians in times of war. This tradition was born after the end of World War I, according to the signing of the German armistice.

Thus, last Friday, October 18th, the march began at noon along the Paseo de Levante until reaching the Rincon de Loix to the rhythm of the bagpipes and drums, presented by the Torrevieja Pipes and Drums band.

The official act took place on the avenue l'Ametlla de Mar, at which Mr Don Cubbon, president of the district of the RBL; Kate Green, president of the team abroad; Sara-Jane Morris, British consul in Alicante; Lieutenant Commander of the United Kingdom Navy, embassy representative, Ed Dunn; also Chelsea pensioner Skippy Teasdale; and the organizer of the Poppy Appeal, Andrew Richardson; as well as the mayor of Benidorm, Toni Pérez all attended. 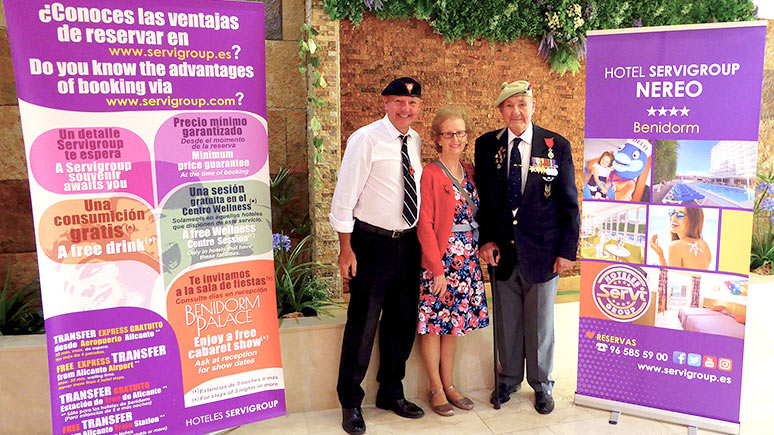 The Royal British Legion is a non-profit entity that, with the celebration of the Poppy Appeal, distributes 25 million cloth poppies, mostly made by people with functional diversity. The benefits obtained in the form of donations are destined to help former soldiers and their families who have suffered the consequences of military conflicts.

The symbol of this celebration throughout the world is the poppy, which comes from the vision, after the First World War, of the fields of Flanders in which so many soldiers lost their lives, and in which you could find large green areas full of thousands of red poppies. That is why, on this day, red poppies could be seen in the lapels of all participants.

The RBL has more than 700,000 members worldwide; about 4,000 in Spain and more than a thousand in the province of Alicante. 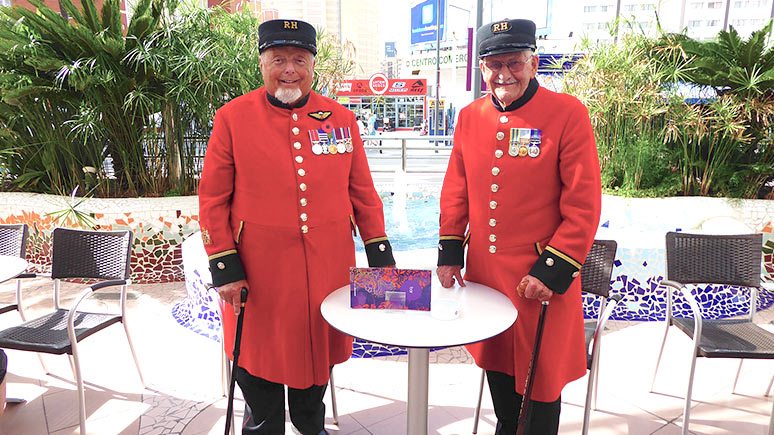