The Benidorm Playa Poniente Beach Volleyball Club recently met at the headquarters of its main sponsor, Servigroup Hotels to take stock of the season and address issues for the future season. 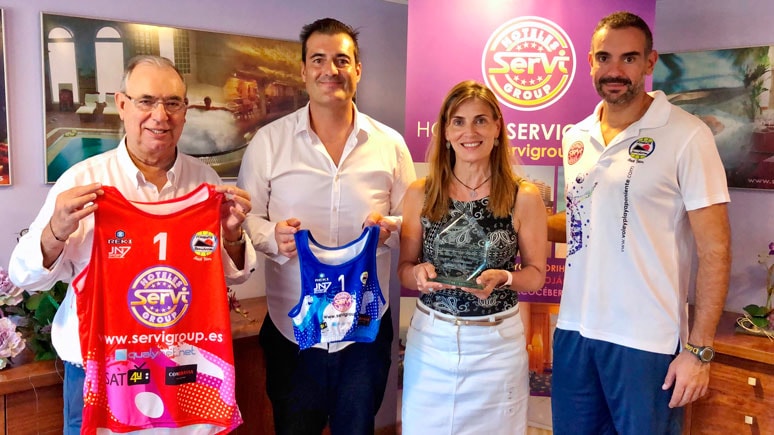 At the meeting, the club Olympic was represented by Raúl Mesa, director and coach of the club, and Julio Nieto, vice president and general secretary of the club, who showed their satisfaction with the excellent results of the season which ended on August 31st , with a record of the sub-championship of Spain U21, a third place in the championship of Spain U15, 48 medals, 11 teams classified for the championships of Spain and a large quarry of players that reached 230 students in their summer sports schools.

Servigroup was present by Natalia Caballé, director of Corporate Image of the group and Jaime Llorca, general attorney, who in turn praised the work done and reiterated their support for the following season. 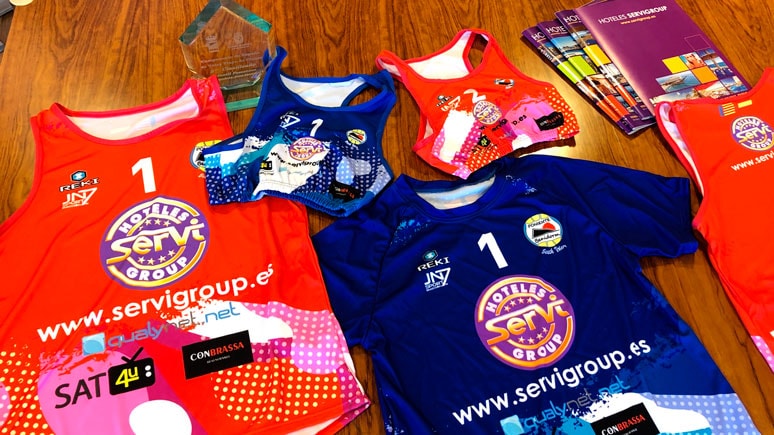 As a thank you, the Volleyball Club presented the kit with which it played both the regional and national championships this season, as well as the trophy obtained in the Spanish U15 championship held in La Coruna.

During the event, the different tournaments organized by the club were reviewed, such as the I Open Servigroup Beach Volley, or the V Costa Blanca Beach Volley 'Hijos Pedro Alós', among others, and the possibility of the club organizing the Spanish Beach Volleyball Championship next year, given that it has the facilities for practicing top-level competitions on the Poniente Beach.