Murcia how beautiful you are! Have you heard this saying before? Well its completely true.

Murcia has many beautiful charms to discover. And a clear example of this is La Manga, a small coastal town located between two beautiful seas, and belonging to the municipalities of Cartagena (in the southern part) and San Javier (in the northern part).

In addition, La Manga is a valued tourist destination in the region of Murcia and is undoubtedly the perfect place to enjoy your holidays.

So, if you are in Murcia or its surrounding areas, and you are staying at our Hotel Servigroup Galúa or at our La Zenia Hotel in Orihuela Costa (a few minutes from San Javier) between the 30th of June and the 28th of July you cannot miss one its great cultural attractions, the renowned International Jazz Festival in San Javier.

Jazz in San Javier: The Festival 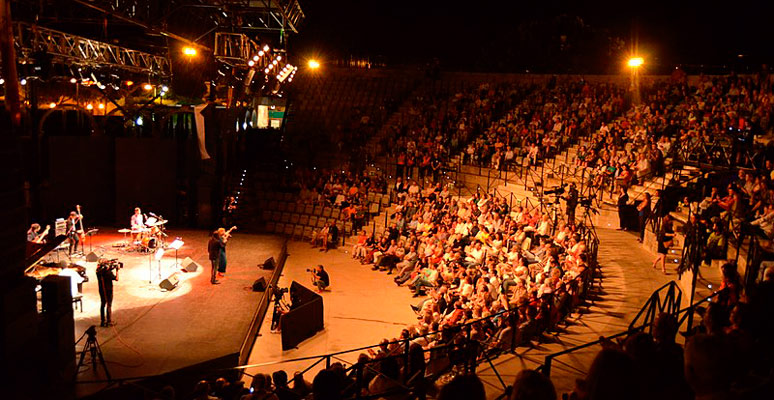 San Javier festival first started in 1998, thanks to Alberto Nieto (a great Jazz fan), and has been celebrated with great success since then, obtaining in 2004 the distinction of Regional Tourist Interest in Murcia.

This festival is held every year between the months of June and July. A special event dedicated to Jazz music, which attracts all types of jazz musicians, both national and international. 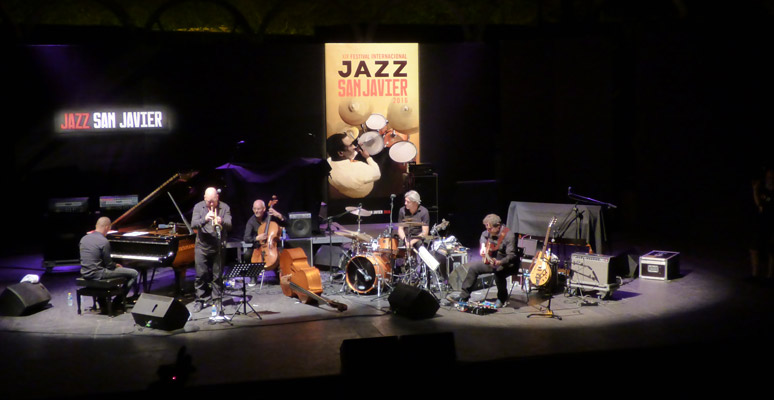 The San Javier Jazz Festival, attracts important figures of the jazz world and other musical genres, held in a prime location at the Almansa Municipal Auditorium, with a capacity for more than 2.000 people its original structure is reminiscent of a classic roman amphitheatre.

Likewise, each year, the San Javier Jazz festival presents an award which acknowledges the merits and work of outstanding artists who have contributed to the world of jazz. In previous editions, this coveted award has gone to artists such as George Benson in 2010, the Spanish saxophonist Pedro Iturralde in 2013 or the singer representative of the neo-traditional jazz musician John Pizzarelli who won the trophy last year. 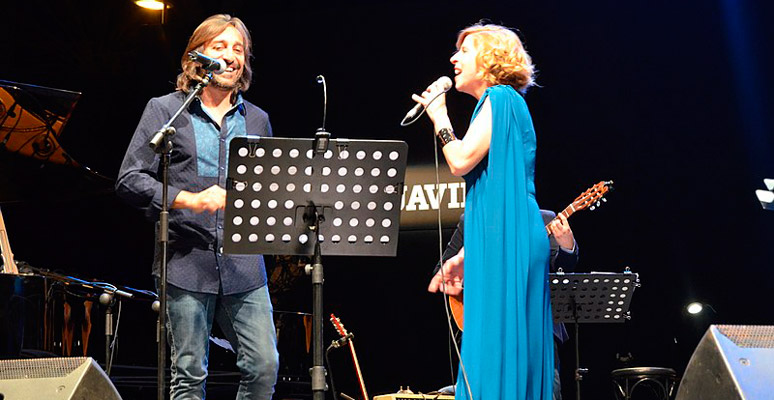 The XXI Jazz festival in San Javier is preparing for a month full of the best music and can be enjoyed by amateurs and experts alike.

At this year’s festival the North Americans The Mavericks; Path Metheny will top the bill (Metheny returns once again to San Javier to present his new work The Unity Sessions); Maceo Parker, renowned saxophonist and funk icon; Kurt Ellin, outstanding male singer who will perform with Marquis Hill, one of the most prestigious jazz trumpeters currently in the USA; The winner of 20 Grammys Chick Corea, with his acoustic band (to whom this year will be awarded the coveted prize) and Vonda Shepard who sang the soundtrack for the series Ally McBeal. 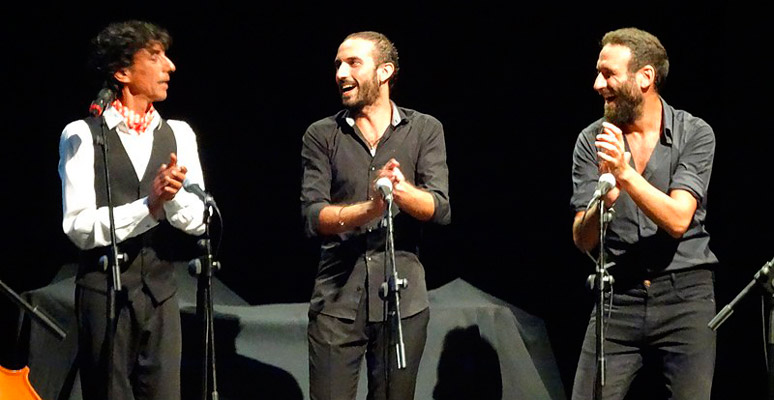 Jazz lovers will be able to enjoy 12 nights of concerts, 4 of them will be free and will be held in the streets of Santiago de la Ribera, San Javier and La Manga, making music accessible to everyone.

These concerts will be performed by the artists such as Kyle Eastwood, Clint Eastwoods son who will be performing for the first time in San Javier with his quintet and Luis Salinas; this renowned guitarist will perform in a double concert with his son Juan Salinas, Joao Bosco Brazilian singer and composer, and the incredible saxophonist and flute player Kenny Garrett.

We can also enjoy the Pepe Bao Group; the band from Bilbao Travellin’ Brothers Little Band; the violinist Pierre Blanchard; the British blues-rock band Nine Below Zero Big Band; and the singer musician from New Orleans Walter “Wolfman” Washington, plus many more jazz geniuses that you will able to enjoy.

Don’t think twice and let the music take you, enjoy La Manga and the Jazz in San Javier!