For some time now, we have been looking forward to October with great enthusiasm—particularly the little ones—as October is the month when we celebrate Halloween.

Although All Saints’ Day has always been a solemn celebration here in Spain, the American tradition of Halloween has taken our country by storm.

Allhalloween, All Hallows’ Eve and All Saints’ Eve are other names that Halloween—this quintessentially American holiday which is now widely celebrated in Spain—goes by. 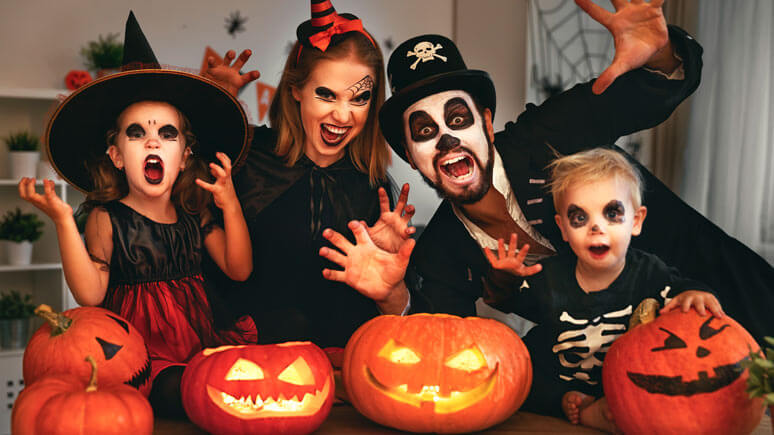 But without a doubt, nothing says “Halloween” quite like the iconic Halloween pumpkins or decorated pumpkins, which can trace their roots back to the Irish legend of Jack O'Lantern.

Halloween pumpkins have their origins in an old Irish tale:

One day, news reached the Devil’s ears of another soul that could rival him. His curiosity piqued, he dressed as a human and went in search of this person. He found his rival drinking in a bar.

Jack was a stingy, miserable drunkard with whom the Devil spent hours drinking. After ascertaining that Jack was truly evil, he revealed his identity and told Jack that he was coming to take him away to make him pay for his sins. As his last wish, Jack asked for another round of drinks, after which neither of the two had enough money on them to pay for it, so Jack convinced the Devil to turn himself into a coin to show off his powers as the Prince of Darkness. The Devil accepted the challenge. 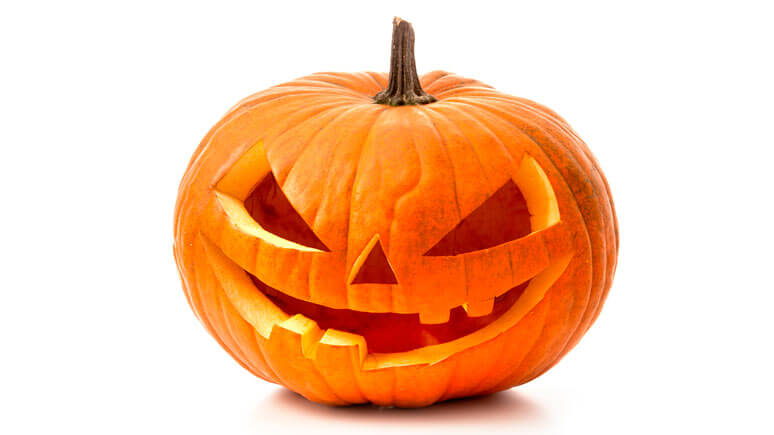 Stingy Jack, instead of paying for their drinks, took the coin and put it into his pocket next to a silver cross, which prevented the Devil from changing back. Jack told the Devil he would free him on the condition that he returned to Hell and wouldn’t bother Jack for a year.

After the year was up, the Devil returned to take Jack to Hell whereupon Jack asked him for another wish: for the Devil to pick an apple from a tree for him as his last meal. While the Devil was up the apple tree, Jack carved a cross onto its trunk, stopping the Devil from coming down. Jack asked the Devil not to bother him for ten years and made him promise not to claim his soul. Lucifer, in order to escape, had no choice but to agree.

Years later, Jack died and wasn’t allowed into Heaven for his meanness and cruelty; neither did Beelzebub let him into the Underworld. Still resentful, he banished Jack from his kingdom, throwing some burning embers at him. Jack collected them using a hollowed-out turnip, and thanks to them, he was able to improvise a lantern. 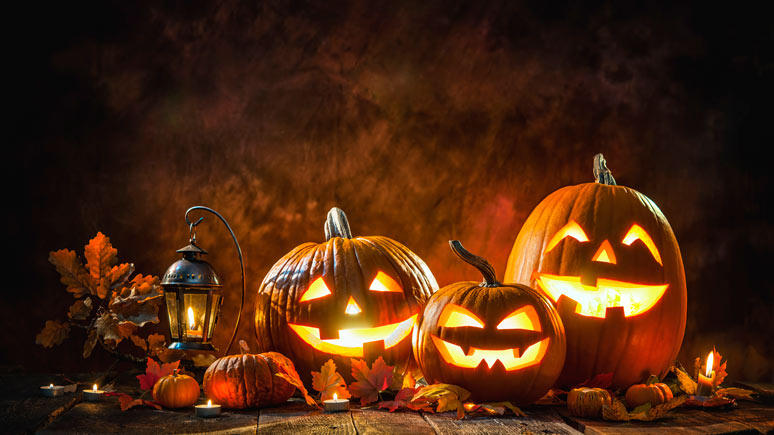 Jack, doomed for all eternity, walked in limbo between Heaven and Hell, tasked with lighting the way for the dead on Halloween. This is how the popular Halloween pumpkins came about. At first, turnips were used, but these gave way to pumpkins, which were more reminiscent of the colour and glow of embers. The pumpkins were also decorated with horrendous figures to keep Jack from calling on the doors of houses.

After learning about the origins of decorated pumpkins, we're going to share some tips with you so that you can make the best Halloween pumpkin ever and Jack O’Lantern won’t dare come near your house!

How to make a Halloween pumpkin step by step

A Halloween party wouldn’t be complete without pumpkins. So get ready and go get yours at the market to start decorating it, and have a great Halloween 2018 party! If you have children, we recommend turning this into a family activity. They can help clean out the pumpkin and draw its eyes and mouth while having fun with the whole family.

Nowadays, there are so many different ways to decorate pumpkins: painted, bandaged up, bat-shaped, etc. Decide on a design and then go for it! We’re going to make a classic decorated pumpkin.

1- Choose a nice, round pumpkin. As pumpkins are plentiful in autumn, it won't be hard for you to find the perfect one. 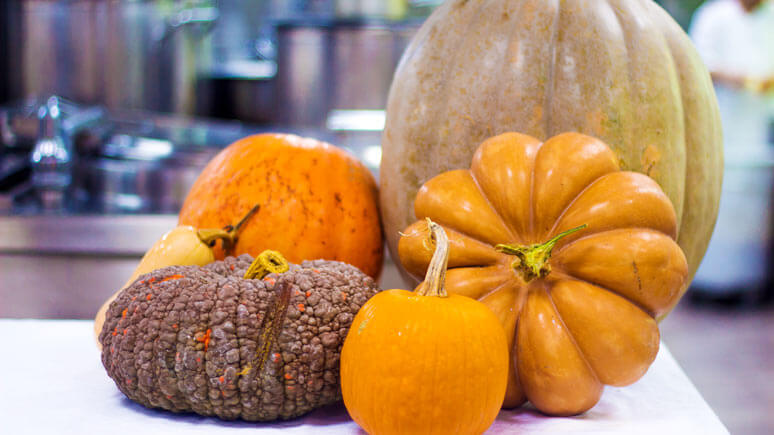 2- Remember that before starting to decorate your pumpkin that you will need: A knife that cuts well or/and a cutter; a soft white pencil and a gouge (an instrument with a curved blade which is used to cut grooves into wood or other surfaces); a candle to place inside the pumpkin or candies, if you prefer to put these inside instead. 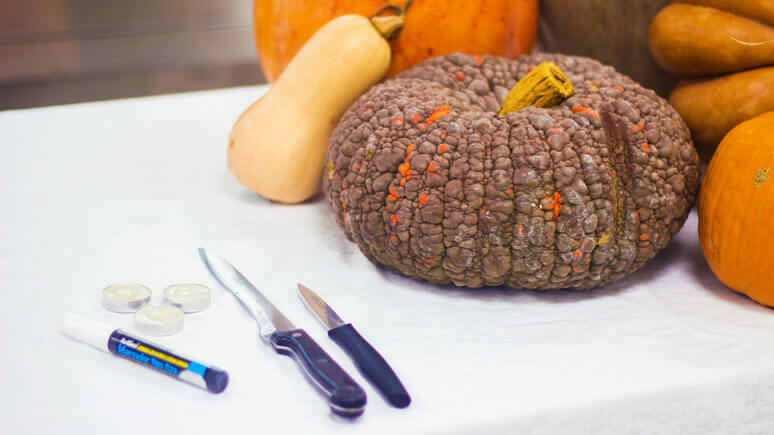 3- Check that you have everything necessary to work on the pumpkin. Take the pumpkin and using a white pencil, draw a line for the lid. After doing this, take the cutter and make a superficial cut around the stem or stalk, which you then cut out entirely using the knife as it’s stronger than the cutter. 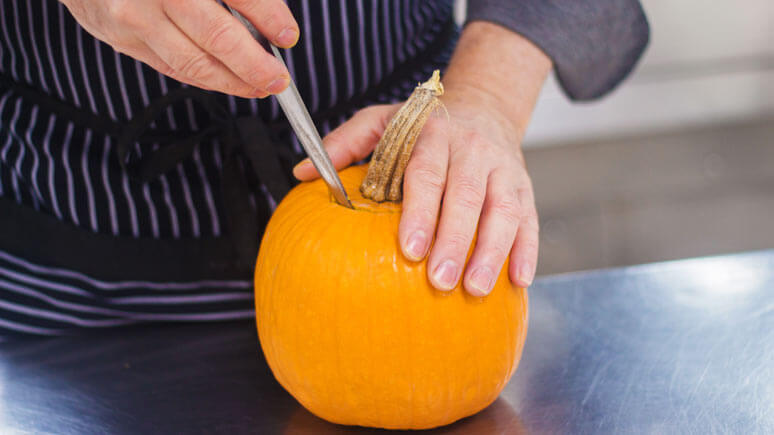 4- Once you’ve taken the lid off the pumpkin, you can start cleaning it out. Use your hands to scoop out the seeds from inside the pumpkin and then with the help of a spoon, scrape out and clean the inside and walls, making sure not to leave any fibrous strands or pulp. 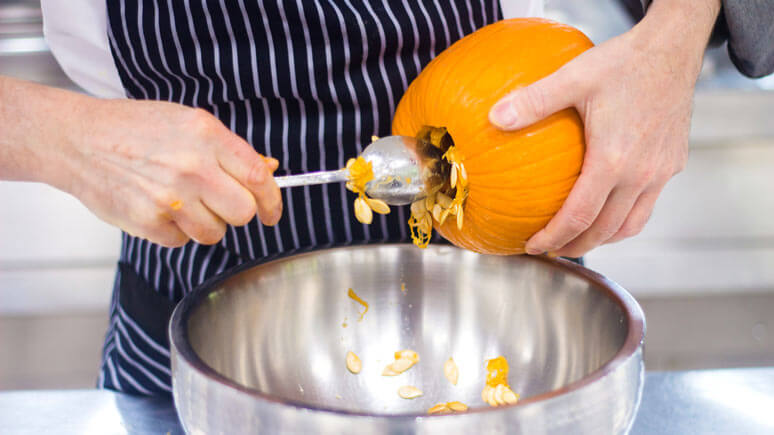 5- Once the inside of the pumpkin is clean, you can start decorating it. If you’re good with your hands, simply draw the decoration you’ve chosen using the white pencil (which can be easily erased afterwards using a damp cloth) onto the front of your pumpkin. As you well know, scary faces are the most favoured for Halloween, although you’re sure to find thousands of designs on the Internet to draw inspiration from. If you haven’t got the time or you're not that confident about drawing on the pumpkin, you can opt to buy a template, which you can stick onto the front of the pumpkin and use as a guide while you’re carving it out. 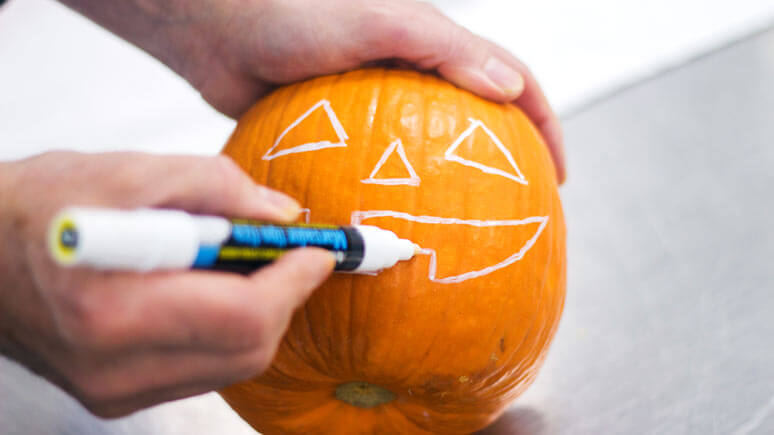 6- Now it’s time to decorate. If you have a gouge, this tool will make it very easy for you to go over the marks you made using the soft white pencil. Simply go over the holes you want to make in the pumpkin and then with the cutter remove part of the skin. Once the flesh is exposed, it will be much easier to cut out the holes entirely using the knife, creating the shape of the eyes, face and mouth. 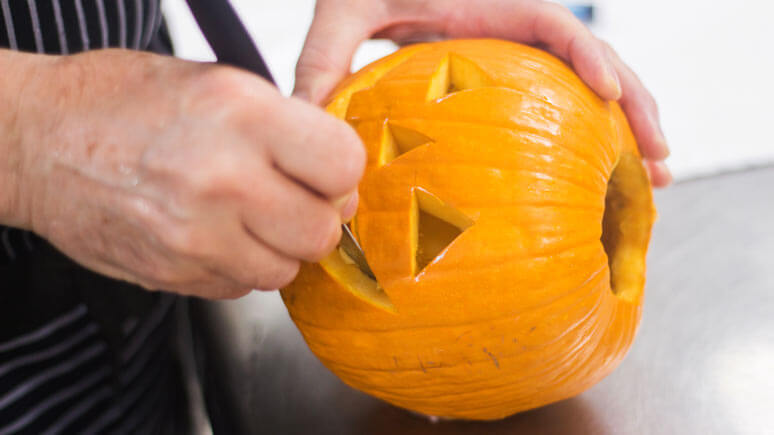 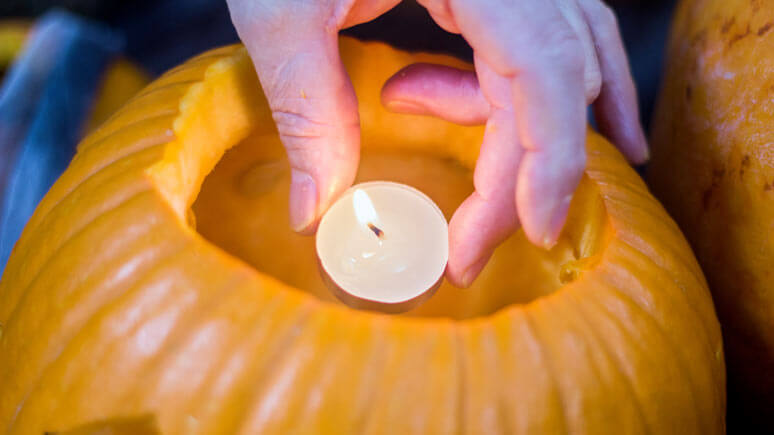 8- Optional suggestion: After creating your masterpiece, you can use the leftover pumpkin flesh to make soup, jam, or perhaps a pumpkin cake or some cupcakes. 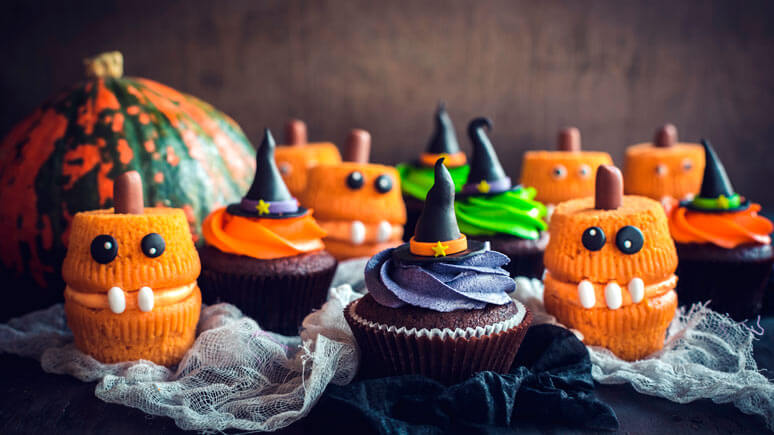 Now that you know the origins of Halloween pumpkins and how to make and decorate your own, you can get right down to work (which, as you can see, is pretty simple). So, get your lovely Halloween pumpkin ready and once it’s done, you’ll be all set to scare off Jack O’Lantern and enjoy the scariest night of the year.