The Tanit room of the Hotel Torre Dorada in Benidorm was chosen  to host the official presentation of the first team of the Benidorm Handball Club, of which Servigroup Hotels is the main sponsor. 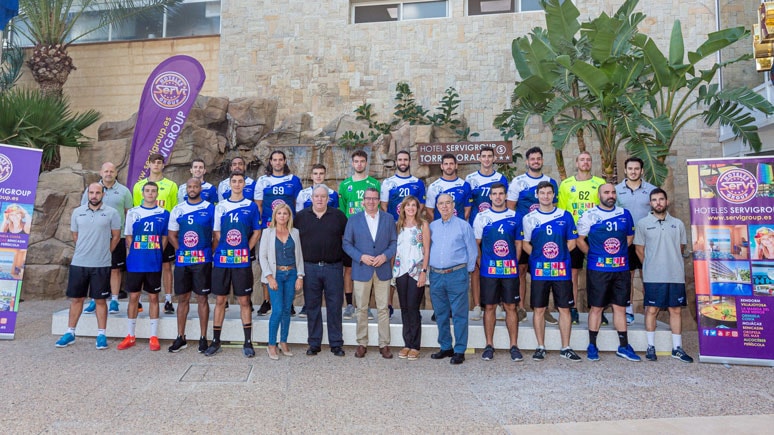 Another year on, and the name of Benidorm and Servigroup continues at the top, this is the sixth season, in which the squad continue to compete in the ASOBAL League. An achievement that has been maintained with a lot of effort by all of the players, technical and managerial staff.

The players were parading one by one, exposing their best qualities for the new 2019-2020 season, in which they have demonstrated their high level.

The presentation ceremony was attended by the Director of Image and Advertising of Servigroup Hotels, Natalia Caballé; the chain's representative, Jaime Llorca; the president of Benidorm Handball Club, Javier Abínzano; the Councilor for Sports of the City of Benidorm, Mariló Cebreros; and the mayor of the city, Toni Pérez; as well as other representatives of the Municipal Corporation. 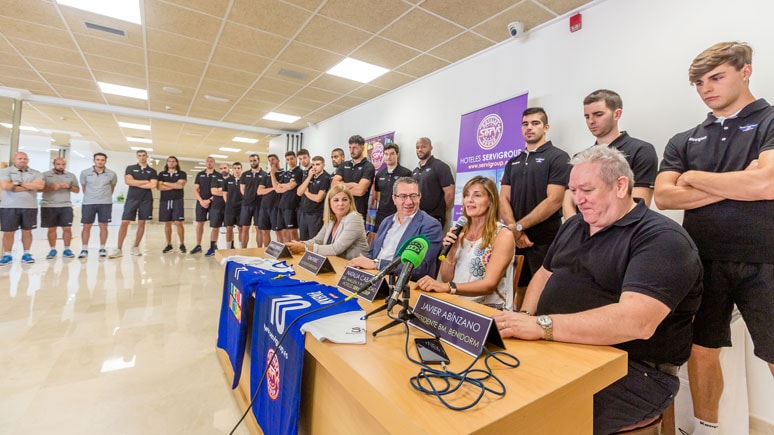 During the event, the president of the Benidorm Handball Club, Javier Abínzano, thanked Servigroup Hotels...

“For their continued support of Benidorm Handball and sport in general, as thanks to the hotel chain, it can be in the highest national category.”

For its part, the director of Image and Advertising of Servigroup, Natalia Caballé, recalled that this is the eighth season accompanying the Benidorm Handball team, who are sixth in the Asobal League, and indicated that...

Finally, the mayor of Benidorm, Toni Pérez, expressed his gratitude to Servigroup Hotels for always supporting the sport. He also stressed that:

“The Benidorm Handball is a club that is characterized by its struggle, and surely with work and good results they will be recognized by the elite. We hope to celebrate at the end of the season and continue one more year in the highest category, and from the Municipal Corporation we will continue to strive so that handball can achieve the best results”. 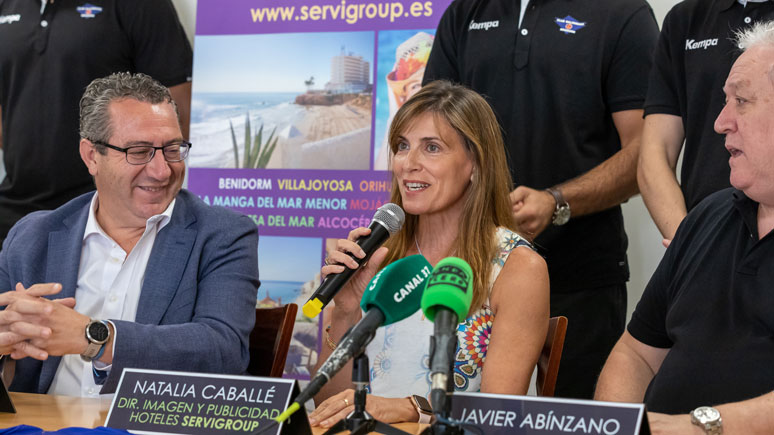