Servigroup promotes its hotels in the Salon des Vacances in Brussels

A representative of Servigroup Hotels, traveled to Brussels from the 6th February to the 9th, to attend the 62nd edition of the "Salon Des Vacances" the most important tourist fair in Belgium. It is an event aimed at the public, and that annually brings together more than 100,000 visitors and 700 professionals, with around 350 exhibitors.

Servigroup assisted with its own promotional area within the stand of La Maison de la Montagne to specifically promote the hotels of the Costa Blanca and Costa Almeria. The Hotel Diplomatic Benidorm (four stars superior) and the Hotel Montíboli Villajoyosa (five stars), as well as the Hotel Marina Playa of the Almeria town of Mojacar (four stars). 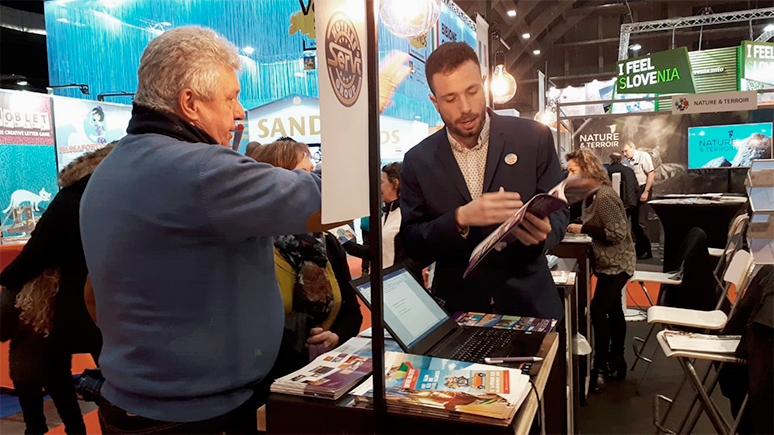 The hotel chain demonstrated three high quality products belonging to three different destinations, to which, with its already well-known offer of sun and beach, added these incentives to an already irresistible offer.

Thus, the Hotel Montíboli, Villajoyosa promoted its spectacular surroundings, as this establishment enjoys an incredible location between two beaches, perched on top of a cliff. It boasts magnificent facilities and services with great attention to detail. In addition, its restaurants offer exquisite cuisine to enjoy a unique experience.

The Hotel Diplomatic in Benidorm celebrated its outstanding offer of active tourism, highlighting the beaches of this well know, popular capital of the Costa Blanca, along with, hiking activities as the main attraction. Benidorm is surrounded by an amphitheater of mountains. A privileged location that combines the offer of nautical and mountain activities with routes through the ranges of the Sierra Helada, Sierra de Aitana, Sierra Bernia or the ascent to Puig Campana or Ponoig.

Similarly, the Hotel Marina Playa Mojacar announced as a complement to the attractions already offered by this tourist destination of the Costa Almeria, its cycling routes. The climate and the roads of its little traveled surroundings, and with beautiful tracks that run along the coast and through the mountains, make Mojacar an ideal destination to attract cyclers and professionals of these two wheeled sports. In addition, the facilities and services of the Hotel Marina Playa are specially adapted for them. 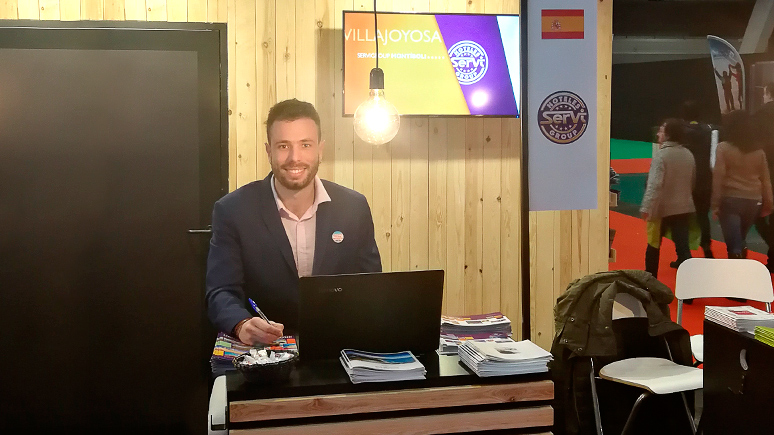 During the fair, many visitors approached our stand, showing great interest in our hotels and in the tourism offer of each of our different destinations.

The Belgian market has significant potential, as from Alicante airport, there are many, frequent and direct flights coming from Brussels and also from other cities of great relevance such as Liege, Bruges or Antwerp.